Thanks and Gratitude on D-Day

Jackie Gingrich Cushman
|
Posted: Jun 06, 2019 12:01 AM
Share   Tweet
The opinions expressed by columnists are their own and do not necessarily represent the views of Townhall.com. 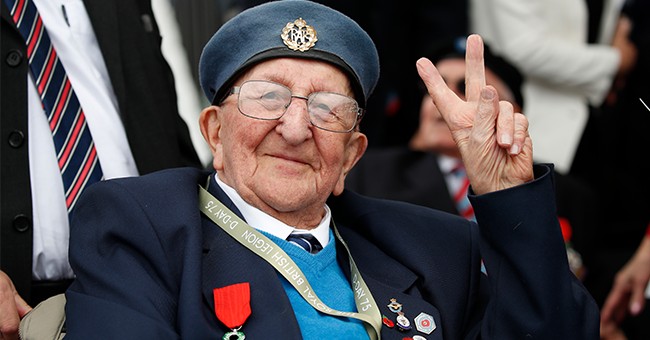 We lived in Belgium in the late 1960s while my father researched for his dissertation. I was too young to remember, but my mother told me that, while traveling in France, we were greeted by a standing ovation at a restaurant because we were Americans and American troops had freed their city from Nazi control a few decades before.

That ovation happened about a half-century ago. This week marks the 75th anniversary of D-Day, the Allied invasion of Normandy, France. The year before the invasion, Soviet leader Joseph Stalin had repeatedly asked British Prime Minister Winston Churchill and American President Franklin Delano Roosevelt to open a second front on the Atlantic Coast of Europe to provide his army on the east with relief.

General Dwight D. Eisenhower, the supreme allied commander in Europe, planned and carried out the liberation of Western Europe and invasion of Germany, code-named Operation Overlord. This large-scale invasion required hundreds of thousands of troops to be assembled and trained for amphibious landing.

Before the invasion began, Eisenhower sent a message of encouragement and support to the troops. He compared the invasion with a "crusade" and noted that their goal was nothing less than "security for ourselves in a free world." He expressed confidence in their "courage and devotion to duty and skill in battle," while noting, "We will accept nothing less than full victory."

He ended with a request for assistance from "God Almighty upon this great and noble undertaking."

That night, Roosevelt broadcast his prayer. Biographer Jon Meacham noted, "the White House had distributed the text beforehand so that the audience -- an estimated 100 million Americans -- could recite the words with Roosevelt."

"My fellow Americans: Last night, when I spoke with you about the fall of Rome, I knew at that moment that troops of the United States and our allies were crossing the Channel in another and greater operation. It has come to pass with success thus far. And so, in this poignant hour, I ask you to join with me in prayer."

Imagine 100 million Americans reciting this prayer with their president.

"Almighty God: Our sons, pride of our Nation, this day have set upon a mighty endeavor, a struggle to preserve our Republic, our religion, and our civilization, and to set free a suffering humanity.

"Lead them straight and true; give strength to their arms, stoutness to their hearts, steadfastness in their faith ...

"They will be sore tried, by night and by day, without rest -- until the victory is won. The darkness will be rent by noise and flame. Men's souls will be shaken with the violences of war.

"Some will never return. Embrace these, Father, and receive them, Thy heroic servants, into Thy kingdom ...

"Many people have urged that I call the Nation into a single day of special prayer. But because the road is long and the desire is great, I ask that our people devote themselves in a continuance of prayer. As we rise to each new day, and again when each day is spent, let words of prayer be on our lips, invoking Thy help to our efforts ...

"With Thy blessing, we shall prevail over the unholy forces of our enemy. Help us to conquer the apostles of greed and racial arrogancies. Lead us to the saving of our country, and with our sister Nations into a world unity that will spell a sure peace -- a peace invulnerable to the schemings of unworthy men ...

"Thy will be done, Almighty God. Amen."

There were more than 10,000 casualties among the U.S., British and Canadian troops, but the invasion succeeded in changing the direction of the war. Less than a year later, on May 7, 1945, the Germans surrendered unconditionally to the Allies.

Take the time today to say a prayer of thanks and gratitude for those who fought for our country and to free other countries and won.