Jackie Gingrich Cushman
|
Posted: Mar 21, 2019 12:01 AM
Share   Tweet
The opinions expressed by columnists are their own and do not necessarily represent the views of Townhall.com. 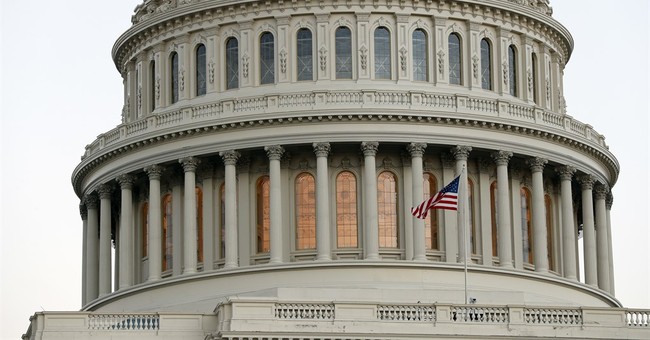 At the start of this year, Rep. Steve Cohen, D-Tenn., introduced a bill in the House of Representatives to abolish the Electoral College. As a refresher, the Electoral College is the process by which our country elects our president and vice president. Developed by our founders, its structure is laid out in our Constitution. When we vote in presidential elections, we don't vote directly for the person, but instead vote for electors, who will then vote for the candidates in the following month.

It is an indirect process versus a direct process of democracy, which is what Cohen has proposed. There are 538 electors in the Electoral College, so a candidate has to win at least 270 of those votes to win. (Hence the 270toWin website that tracks the election.)

Each state has as many electors as it has senators and congressional representatives combined. California has 55, while Delaware has 3. The adoption of the 23rd Constitutional Amendment gave the District of Columbia the same number of electors as the state with the fewest number.

There is also a push to change the Electoral College process on a state-by-state level. This method would take effect only after involved states whose combined electoral votes add up to 270 adopt the plan.

The election of 1876 between Republican Rutherford B. Hayes, the governor of Ohio, and Samuel Tilden, the governor of New York, resulted in Hayes becoming president due to an unwritten 1877 compromise. The compromise? The four states with 20 unresolved electoral votes pledged them to Hayes on the condition that the Republicans pulled federal troops out of the South. This led to the end of Reconstruction.

Once the federal troops were removed, many white Republicans fled the South, and control of the southern state political structure was solidified by Democratic "Redeemers," who went on to disenfranchise blacks.

While Cohen might use the two most recent elections as examples of why we should change the Electoral College, the fact of the matter is that if the process were changed, then the candidates would also change their approach to campaigning. In the current process, much of the time, energy and money of the campaign is spent on swing states -- ones that might flip from one party to the other. But these swing states change over time.

If there was a national popular vote, then every vote would count the same. While this would provide direct representation, it would also make it easier for voter fraud to affect the outcome. Additionally, metro areas would be more valuable places for candidates to campaign, and small states could simply be flown over and ignored.

The founders created a complex process that balances popular votes, the federal system, state size and an understanding that pure democracy can lead to rule by a simple majority and leave little room for political compromise. While a simple majority might make sense from a theoretical perspective, imagine if a sheep and two wolves were to vote on what should be eaten for dinner. You can guess how that would end up.