Jackie Gingrich Cushman
|
Posted: Jan 24, 2019 12:01 AM
Share   Tweet
The opinions expressed by columnists are their own and do not necessarily represent the views of Townhall.com. 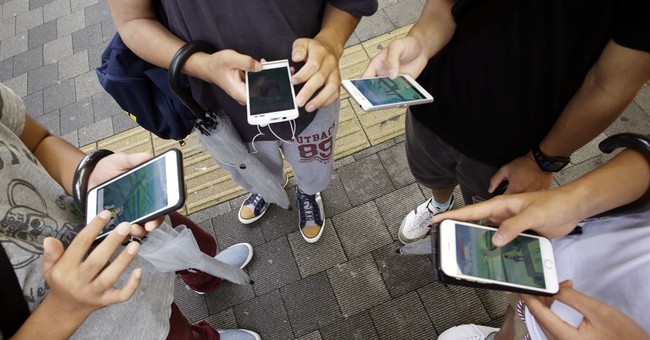 The teenagers were white, boys, students of a Catholic high school and had attended a pro-life rally. Evidently, those five descriptors together are dangerous. The media and social media pile-on ensued.

The condemnation of the teenage boys was rapidly followed by threats of violence and doxing (release of personal information, normally used as a form of intimidation) against the teenagers. As a mother of a 17-year-old boy, I am frightened by the level of anger, hatred, visibility and confusion that these teenagers have endured. How we, as a society, can so rapidly jump to the worst conclusions about our teenagers is breathtaking, and heartbreaking.

A later-released, longer video that started earlier and was shot from a different vantage point seems to portray a different event. In this video, members of a third group, Black Hebrew Israelites, began yelling prior to the encounter between the teenage boys and the drummer.

According to an article by Mark Curnutte, published Monday in the Cincinnati Enquirer, "The four African-American protesters near the Lincoln Memorial have been identified as members of the Black Hebrew Israelites."

As could be expected, conservatives on Twitter pushed back as the new longer video told a different story. Many journalists apologized for having jumped to their initial conclusion. Others deleted their tweets about the incident. A few stood by their original judgment. But much of the media and social media coverage is still focusing on the original video. What about the new material, the new group in the longer video?

Curnette wrote, "In its magazine, 'Intelligence Report,' the Southern Poverty Law Center calls the Black Hebrew Israelites a hate group that is 'becoming more militant.'" But still we focus on the teenage boys. Why? Because they go to a Catholic high school? Because they attended a pro-life rally? Because they are white? Because they are boys? Or because the first video left the deeper impression?

We seem to have the attention span of our 6-year-old, 20-pound rescue dog, Bunny. Bunny, who is gorgeous and cute, will go after a squirrel, bird, walker or shadow with an equal amount of enthusiasm. Full speed ahead, with no concern about whether the shadow she is chasing is real.

As news cycles have collapsed and news organizations get the same reward for drawing attention as they do for breaking real news, we have trained ourselves to bark at shadows, and to continue to defend our barking, even after we have learned that that shadow is not real.

What about the Black Hebrew Israelites, a group I had never heard of? According to a Nov. 3, 2016, article published in Hatewatch, a blog by the Southern Poverty Law Center, "The church, a black separatist group, is on the extremist fringe of the Hebrew Israelite movement, a black nationalist theology dating back to the 19th century that preaches people of color are the true children of God."

But still we continue to focus on what we first saw, while paying scant attention to a group that is identified by SPLC as a hate group. Today, the teenager in the original short video was interviewed on national morning television. The story has become about the story. It's news about how we got to news, and news about if it's news.

Maybe it's time for us to dig a little deeper, to quit barking at shadows -- or to at least acknowledge that that's what we're doing when we do.

Possibly, we should take some time to question why social media has become anti-social media. To wonder why we assume the worst about our teenagers. To wonder why we have a hate group, the Black Hebrew Israelites, instigating a confrontation. To wonder why the story has not morphed from the teenagers to how the news media were covering the teenagers and move on. Maybe the focus is still on the teenagers simply because their video came first and our attention span is, well, almost nonexistent -- as is our ability to think outside the narratives we have created for ourselves.

We have to do better, for our own sanity as well as for our children, lest we become like Bunny, who is currently barking at herself in a mirror.