Jackie Gingrich Cushman
|
Posted: Jul 05, 2018 3:00 PM
Share   Tweet
The opinions expressed by columnists are their own and do not necessarily represent the views of Townhall.com. 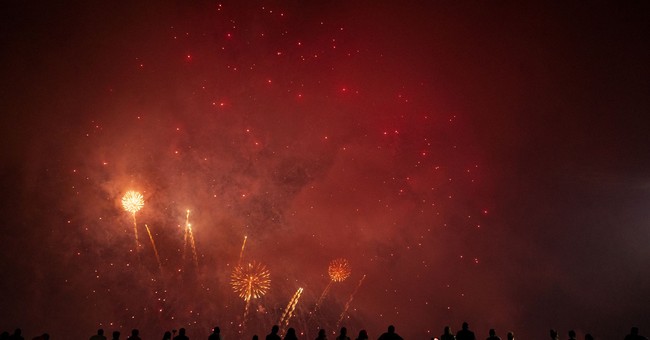 My father, Newt Gingrich, first ran for Congress 44 years ago in Georgia's then-rural 6th district. At that time, the district included the Atlanta airport and ran south to Griffin, west to the Alabama line and northwest past what are now suburbs of the ever-sprawling city of Atlanta.

The news media came mostly from Atlanta, and it was too expensive for my dad to buy ads for his campaign.

So most of the campaigning was done person to person. Our family would go to churches, Rotary events, fairs, strip malls (there were no inside malls in the district) and anywhere else that two or more people gathered.

My father was an assistant professor at what was then called West Georgia College in Carrollton, (now known as the University of West Georgia); my mother was a math teacher at the local high school. They had moved to Carrollton from Brussels, Belgium, where he had finished his dissertation. As a newly minted Ph.D. with two young children, he needed a job.

I was 6 years old and my sister Kathy was 10 when my father first began running for Congress. The district was sprawling and there was no money for babysitters, so Kathy and I went campaigning with our parents constantly. We handed out bumper stickers and flyers and asked people for their votes. (We soon learned that asking "Would you put a bumper sticker on your car for my dad" had a higher success rate than other asks).

Dad's first two attempts -- in 1974 (Watergate) and 1976 (Jimmy Carter was elected president) -- ended in defeat, but he ran once again in 1978. We still handed out bumper stickers and leaflets, but by this time, my sister and I were also stuffing envelopes and calling people for their support and to remind them to vote.

In addition to campaigning as a family, we began to take friends with us. Looking back, I'm not sure how we were able to talk others into joining us; we must have made it sound a lot better than it was, or maybe that was a side benefit to growing up in a small town -- people were eager to do anything new.

While the campaigning throughout my childhood years is now largely a blur, one day every year stood out: July 4. It was the busiest campaign day of the year. We would wake up before dawn and drive to some small town where were would meet local volunteers who had decorated a convertible, or an old classic car with "Newt for Congress" signs. We would march in the parade (it seems that all small towns had parades), handing out leaflets along the way. After the parade, we would hop in our car (an early 1970s blue Chevrolet Impala, which had a large plywood "Newt for Congress" sign affixed to its roof), and go to the next small town.

We repeated this process until dark, when we would end up at a Fourth of July picnic and fireworks event.

The next year, we would do it again. After a few years, the campaign graduated to the WSB parade, in Atlanta, which was televised. This was incredibly helpful for any candidate seeking to reach large numbers of people.

These days, my routine has changed: I spend July 4 with my husband, children and friends. This year, my husband Jimmy woke up at 3 a.m., lit the Big Green Egg and put the Boston butt on the grill to cook for the 30-plus people who would join us to celebrate our country's independence. As always, the blessing before eating will include a special thanks to the men and women in uniform who have secured and protected the freedom that we enjoy (including two on my side of the family and three on my husband's).

While we love to celebrate our country's birthday, we realize that it takes commitment and determination to keep our nation free. With this freedom comes responsibility.

Celebrate Independence for a day, but exercise your responsibility on the other 364 days.