Jackie Gingrich Cushman
|
Posted: Apr 26, 2018 12:01 AM
Share   Tweet
The opinions expressed by columnists are their own and do not necessarily represent the views of Townhall.com. 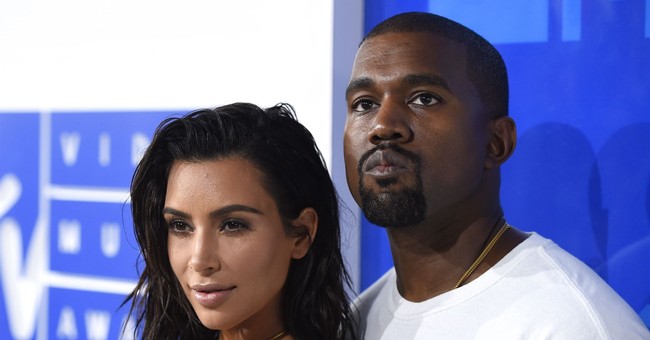 To create the future we want but cannot see, we must have less fear. Just imagine. What if we were to value fascination and hard questions that open our minds more than we value easy answers? How much more would we learn? How much more open would we be? And what would the change in our mind's framework mean to our future, and our nation's future?

When my children were small, they asked questions. While I can't remember each question, I can remember that the answer to one question invariably led to the asking of another. My children's desire to learn was great; they felt no fear in questions. They were young; they were not supposed to have answers -- but questions.

I didn't fear their questions. I answered the ones that I knew how to answer, and we looked up the rest (which were many) together. I felt no shame in not knowing an answer.

If only we all had this ability to fear less, to ask questions more, even foolish ones. "A wise man can learn more from a foolish question than a fool can learn from a wise answer," according to Bruce Lee. For those on the receiving end of a question, even questions whose answers they don't know, the challenge is to be unafraid in responding, to realize it's OK to say, "I don't know; let's find out," and to learn together.

As children grow, they go to school, learn and are tested on what they have covered. They learn to memorize information and regurgitate it -- in the right format, no less. They get rewarded for being right.

This system of education and testing can lead to the belief that being right is the most important thing. If you're right, you're rewarded; you fit in. If you're wrong, you get penalized; you're deemed different.

If it's wrong to be wrong, then it follows that it's wrong to make mistakes, to mess up, to ask questions that you might think show your lack of intellect. This fear of being wrong can be an impediment to learning, if indeed learning comes from asking questions.

In today's politically charged climate, people often take stands on issues regardless of how much knowledge and understanding might undergird those stands. They take cues from politicians, celebrities (including reporters), friends, family, etc. When someone disagrees with their stance, they push back immediately. If you're not with me, then you are against me. If you are against me, you are wrong. It thereby follows that it's wrong to hold an opinion that differs from the one held by whatever group you might be part of.

Kanye West created controversy this past Saturday by tweeting, "I love the way Candace Owens thinks." Owens is a black conservative commentator. Twitter erupted --how could West like how Owens thinks? The Twitter movement labeled her "far right."

Her response on Twitter: "Far right? Allow me to clarify: I believe the black community can do it without hand-outs. I believe the Democrats have strapped us to our past to prevent us from our futures. And I won't stop fighting until all black Americans see that. I'm not far right -- I'm free."

While Owens deems herself free, she is demonized by many who hold differing opinions. The demonization of differing opinion should give one pause. If we really are a free country, why can't people have their own thoughts and opinions? If there is a push to conform based on skin color (How can Owens be conservative if she's black?), then isn't that itself a form of discrimination and thought policing?

West tweeted on Monday: "new ideas will no longer be condemned by the masses. We are on the frontier of massive change. Starting from breaking out of our mental prisons."

We all have the challenge of constantly questioning ourselves and others. If we rely on rote learning, regurgitation of responses, then we are not really thinking for ourselves. Learning requires questioning. Even if the answers remain the same, it is the questioning that's important.

Our country will remain free only if we allow our thoughts to be free, which means we have to be free to question, debate and change our minds as we learn and grow. If we don't control our own thoughts -- and then have the freedom and fearlessness to express them -- then we are not really free.