Jackie Gingrich Cushman
|
Posted: Mar 29, 2018 12:01 AM
Share   Tweet
The opinions expressed by columnists are their own and do not necessarily represent the views of Townhall.com. 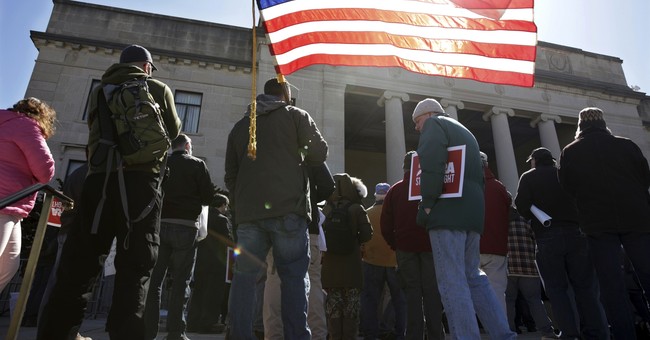 Inherent to any democracy is robust debate and an understanding of all the options available before reaching a solution. For a democracy to work, people from all walks of life must participate in the process.

If just one person were to make all the decisions in a society, that society would be a dictatorship.

Without debate and healthy, robust interaction with those who disagree, we would have little opportunity for reflection, learning and improvement.

This also means that democracies are inherently messier than other forms of government. But we would be doing ourselves a disservice if we were to try to make the process tidier. If were were to try to make progress faster, easier or more controllable, we may be tempted to use coercion.

In democracies, the process is important in and of itself. With messy debate comes full participation and trust in the system.

In his February 10 New York Times article, "As West Fears the Rise of Autocrats, Hungary Shows What's Possible," journalist Patrick Kinglsey quotes Zoltan Illes (a Fidesz lawmaker from 2010 to 2014 and now a government critic) as saying, "Sometimes I feel like I'm traveling in a time machine and going back to the '60s," speaking of the Hungarian government. "All the characteristics and features on the surface are of democracy. But behind it there is only one party and only one truth."

This quote illuminates the lack of debate and controversy in the current Hungarian political system. It also illuminates that, though our system at times may appear chaotic and slow, it's still the best government structure.

While there may be indisputable facts, there can also be various underlying frameworks, opinions and goals that affect the interpretation of those facts. Additionally, criteria used in decision-making can differ, depending on who is making the decision and what he or she may consider important.

For example, our oldest child is a high school senior. While her goal last year was to pick out a college and apply for an early decision (with the hope of being accepted and finalizing her college decision by the end of February), she instead is still waiting. As of the third week in March, she has been accepted by four colleges, waitlisted at two others and is still waiting to hear from two more.

Her goal of having closure in mid-February has changed to one of having options. Last night, while discussing how she might decide among her final options, she stated that she would pull up the academic schedules of all the schools, see which one had the earliest release date before Christmas and pick that one. She has loved Christmas and the buildup toward the day ever since she lay on a blanket under the Christmas tree as a three-month-old, kicking her arms and legs at the lights.

Others have mentioned academic standing, location and size as criteria for decision-making. My guess is that she will rely less on calendars and more on academic opportunities -- but the decision is hers to make -- whatever her criteria may be.

In the current debate over gun control, one side might view the Second Amendment Constitutional right to bear arms as the most important criterion for determining whether to pass new laws. Others might view personal safety as the most important criterion, and are not as concerned about potential violations of the Second Amendment. The underlying framework for the first group would lead them to focus on the importance of our constitutional structure; the second group would be guided by the belief that personal safety trumps all.

If you don't understand the framework, the foundation of an argument, then you can end up debating points that don't matter to the other side. If the release date for Christmas break is most important, then academics might not matter.

If you do understand, then you can articulate the framework surrounding the argument, and then identify the differences between the two, while agreeing to disagree.

During this process, you can hear those who argue the opposite side, recognizing their position and validating their perspective, while disagreeing with their framework, criteria and possibly even their decision.

The common ground may not require giving in to the other side. Instead, spend the time, energy and effort needed to understand their framework, criteria and goals. If there is a big difference in the underlying framework, then by all means clearly articulate this at every opportunity, because, without the difference in framework, the resulting opinions and criteria can begin to make sense.

Framework, fact, opinion and common ground are all worth spending time talking about.