Jackie Gingrich Cushman
|
Posted: Nov 16, 2017 12:01 AM
Share   Tweet
The opinions expressed by columnists are their own and do not necessarily represent the views of Townhall.com. 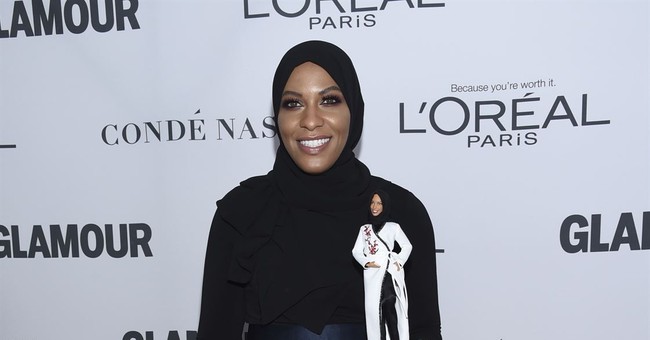 While others in my family are already planning Christmas Eve dinner, I am still having a hard time wrapping my head around the fact that Halloween has come and gone. At this point, I am simply thankful that my husband and son threw away the carved pumpkin on the front step rather than leaving it to decay in place, as happened a few years ago.

Thanksgiving arrives next week, and, though we are hosting a dinner, I am not sure how many guests will show up, I have not laid out the seating chart, and I have no idea what time dinner will be served, nor what it will contain.

And the uncertainty doesn't end there. The weekend after Thanksgiving will be devoted to putting up our Christmas tree and, with it, beginning the scramble to the next big holiday.

While you may have planned ahead all year and stocked away those Christmas gifts, I have not. Mattel's Sheroes collection has a few gifts worth considering. Its Barbie brand debuted in the 1950s as a blond bombshell with a body that reflected impossible human proportions (thin, long neck; tiny waist; ankles and feet so small that they would not hold her up without help.)

This year, the collection got a new addition:

"New Barbie Is Modeled After American Olympian Who Wears a Hijab," wrote Christine Hauser in the New York Times this week. "Meet the newest Barbie, who has dark skin, the muscular thighs of an athlete, and a hijab...modeled after the Olympic fencer Ibtihaj Muhammad."

Muhammad, a 2016 U.S. Olympian and bronze medalist in the team saber event, is Muslim. The doll fashioned after her includes a fencing mask, saber, and a hijab, with all her hair tucked out of sight.

It's heartening to see Mattel more realistically reflect women as role models in roles that reflect accomplishments rather than unrealistic beauty expectations. But in the real world, there is still a lot of work to be done for women to be properly represented, both in politics and business.

According to Heidrick & Struggles, an executive search firm, "the percentage of female directors appointed to Fortune 500 board seats actually declined in 2016, reversing a trend that had shown seven years of growth...women were appointed to 27.8 percent of director seats that turned over or were added to the boardroom roster in 2016, a slight two-percentage-point decline from the year prior," Jena McGregor noted in her June article for the Washington Post, "The number of new female board members actually dropped last year."

While women are underrepresented in politics, the boardroom, and the CEO suite, they control a large portion of consumer spending and vote in higher numbers and turnout than men. They have money and they have votes.

It makes good economic sense for businesses to ensure that their workforces include women in great numbers.

"Striving to increase workplace diversity is not an empty slogan -- it is a good business decision," wrote David Rock and Heidi Grant in the 2016 Harvard Business review article titled, "Why Diverse Teams are Smarter." "A 2015 McKinsey report on 366 public companies found that those in the top quartile for ethnic and racial diversity in management were 35 percent more likely to have financial returns above their industry mean, and those in the top quartile for gender diversity were 15 percent more likely to have returns above the industry mean."

While women have come a long way since the 1950s, they still have a long way to go. The smart bet, in both money and politics, would be to harness and direct their energy, knowledge, money and passion so they can help create a future that reflects and includes them. Doing so would benefit everyone, not just women.