Honesty, Candor and a Shared Future

Jackie Gingrich Cushman
|
Posted: Oct 05, 2017 12:01 AM
Share   Tweet
The opinions expressed by columnists are their own and do not necessarily represent the views of Townhall.com. 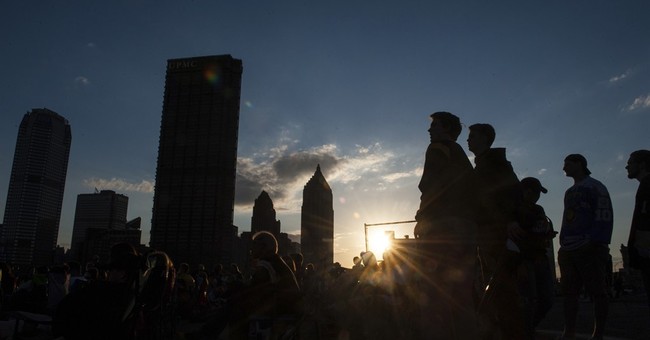 We've all made mistakes, some we admit, some we hide. The good news is that honest confessions of our mistakes can provide cover for others to tell their truths as well, creating greater connections and stronger, more honest cultures. While we often look up to charismatic speakers or those in the media spotlight, the greatest moments in leadership are not the inspiring speeches but "rather little moments of confession, when they admitted to a mistake or a weakness," according to Daniel Coyle, author of "The Culture Code: The Secrets of Highly Successful Groups," (Bantam, New York, 2018). "Dave Cooper, a Navy SEAL, put it this way: 'The most important words a leader can say is, 'I screwed that up.'"

Why does this make a difference? Because culture is important. According to "Culture as a Corporate Asset," a report released this week by the National Association of Corporate Directors, "businesses with high scores on other culturally related criteria such as mission, consistency and employee involvement had significantly higher returns on assets, sales growth rates, and market-to-book values compared with firms that had low scores." From a business perspective, it might make sense for business leaders to confess to their mistakes in an effort to connect and encourage real discussion and growth from others in the company.

An organization's culture is not simply about what's printed on mission statements or on posters about values. Instead, it's about the day-to-day actions of leaders and the behaviors they tolerate or even encourage in employees. While CEOs cannot know every action taken within their companies, they can set standards of behavior and create criteria, written, or unspoken, that set boundaries of tolerated or expected behavior.

Culture creation starts with a sense of belonging, which is why threshold moments are important. Moments when you join a team, join a company or join a family. When you move from being an outsider to belonging. If you don't belong to a group, then the honest exchange can devolve into brutal honesty -- which can be destructive -- rather than caring candor. With caring candor, honesty is provided in the understanding that the result will be a better outcome for the group as a whole -- that the goal is for both parties in the exchange to grow and improve.

It's the feeling of belonging -- the sharing of a vision of a future together that creates the safety needed for real connection.

"Because strong culture can only happen when its members feel safe enough to tell each other the truth. That starts with moments when the leaders show their fallibility," according to Coyle. "It's called a vulnerability loop... Person No. 1 [is] vulnerable, and admits a mistake or a shortcoming. This allows Person No. 2 to do the same, creating high-candor exchanges that drive performance and build trust. Vulnerability loops determine whether a group is going to be about merely appearing strong, or about actually facing hard truths and learning together."

It's not just the honesty that is important, but the together part. The understanding that the goal is to be successful together -- not for one to step over the other on the way to individual achievement.

Coyle wrote, "Cooper told new team members that they had the responsibility to speak up with an example. 'So if you're a new guy and you see me standing in front of a window in Fallujah, what are you going to say? Are you going to tell me to move my ass, or are you going to stand there quietly and let me get shot? When I ask new guys that question, they say, 'I'll tell you to move.' So I tell them, 'Well, that's exactly how you should conduct yourself all the time around here, with every single decision.'"

The NACD's report says that cultural red flags include "focus on performance with little regard to how results were achieved, high performers are allowed to operate outside established policies... Excessive focus on consensus/collegiality leading to prevalence of 'go along to get along' attitudes," and when "sharing bad news is discouraged (or, bearers of bad news are punished outright)."

The takeaway? Belonging and honesty matter in the creation of culture and actions speak louder than words. Posters and slogans won't work if they don't reflect everyday actions, but mantras and slogans can amplify and accentuate the activity that is experienced in real life. Be intentional and create strong cultures where you can, whether in family, community or business.