The Year to Get Stuff Done

Jackie Gingrich Cushman
|
Posted: Jan 05, 2017 12:01 AM
Share   Tweet
The opinions expressed by columnists are their own and do not necessarily represent the views of Townhall.com. 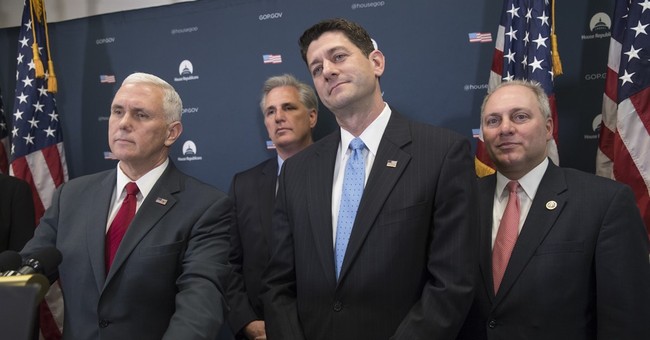 Every year, my husband Jimmy has a motto. One year it was balance, one was the serenity prayer. Every year has a bit of its own theme, or focus. This year his motto is GSD -- get stuff done. And yes, I have now claimed it for my own.

This same theme seems to be present in President-elect Donald Trump's approach as well. Enough of words -- let's accomplish something!

While the presidential inauguration is a few weeks away, the members of Congress were sworn in this week. They include the 34 recently elected senators, and all 435 representatives.

On the House side, Speaker Paul Ryan was reelected and gave a welcoming speech to his 434 members. His message was optimistic and challenging.

"There's no sense of foreboding today. There's only a sense of potential...But there's another reason for optimism. And that's what we've already achieved by our very meeting here. Just months ago, our country held a great, electoral contest. And at times, it was a little ... intense. ... in the end, they all dissolve in the silent and peaceful transfer of power.

"And so in just a few weeks' time we will welcome a new president . . . who offers us yet another new beginning -- a new chance to work toward that more perfect union. For all our arguments and all our differences, we are all united by a deep, abiding love of our country. It is the slender but sturdy thread that holds us together. We always forget about it. But it has never failed us...

"That being said, this is no time to rest on our laurels, but to redouble our efforts. It's no secret that millions of Americans across the country are deeply dissatisfied with their current situation... But now they've let out a great roar. Now, we, their elected representatives, must listen. And so I want to say to the American people, 'We hear you. We will do right by you. And we will deliver.'

"It is not enough to say that the condition of your birth should not determine the outcome of your life -- no matter how much we mean it. In a few years' time, I hope people will say of the 115th Congress that we didn't just pay lip service to this beautiful American idea; we made it a reality. We are not here to be; we are here to do...

"And to the majority, especially to our returning members, I want to say, 'This is a once-in-a-lifetime opportunity.' This is the kind of thing that most of us only dream about. I know-because I used to dream about it. The people have given us unified government. And it wasn't because they were feeling generous. It's because they wanted results. How could we live with ourselves if we let them down? How could we let ourselves down? I have for many months been asking our members to raise their gaze and aim high. Now, let us not be timid, but rather reach for that brighter horizon."

While many in the media have been making hay over the House Republicans' vote Monday night, against Ryan's and Majority Leader Kevin McCarthy's recommendation, to change the structure of the Office of Congressional Ethics, the Republican caucus reversed itself Tuesday.

Was it calls flooding into their offices, pushback by Democrats, media focus or tweets from president-elect Trump that forced the change? My guess is that it was a combination of them all.

While Democrats, media commentators and others might focus on what was nothing more than a slight diversion, the greater takeaway is that Trump and Ryan are both focused on exactly what they should be focused on -- getting stuff done. I hope that this momentary diversion will serve as a reminder to the legislature that their focus this year should be the same: listening and responding to those who voted for them -- by Getting Stuff Done!