The War on Poverty, A Better Way

Jackie Gingrich Cushman
|
Posted: Aug 25, 2016 12:01 AM
Share   Tweet
The opinions expressed by columnists are their own and do not necessarily represent the views of Townhall.com. 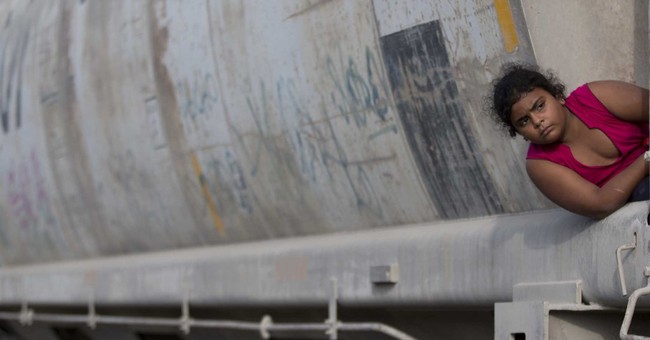 On January 8, 1964, President Lyndon B. Johnson kicked off the War on Poverty during his State of the Union speech, declaring "unconditional war on poverty in America." Congress joined with him and created programs to provide benefits to those in need. "Our aim," stated Johnson, "is not only to relieve the symptoms of poverty, but to cure it and, above all, to prevent it."

The focus was on how many people we could provide assistance to and how much money was spent, not on how many people moved upward into opportunity jobs and higher incomes. Since then, our government has spent more than $22 trillion, yet we have not hit the target. Money spent, programs created, more people in poverty.

According to the U.S. Census website, 11.1 percent of Americans were living at or below the poverty level in 1973. In 2014, that number had climbed to 14.8 percent. We have failed not only to win the war, but to hold our ground.

Our current path is not working. In response, the House Republicans have rolled out "A Better Way to Fight Poverty." Their goal is to move from "a broken system that traps too many people in a cycle of dependence to one that emphasizes work and independence, to give people on welfare a chance to draw a paycheck, not a welfare check...the opportunity to succeed at home and at work."

Johnson's intent to improve the lives of Americans is to be commended -- but the fact is we have not successfully attacked and solved the problem. To continue down the same path, without adjustment, would be insanity. Albert Einstein may have defined insanity best, as "doing the same thing over and over again and expecting different results."

The Republican approach contains five areas of focus: reward work, tailor benefits to people's needs, demand results, improve schools and skills, and plan and save for the future. According to the speaker.gov website, "Some 44 percent of work-capable households using federal rental assistance report no annual income from wages." This just does not make sense.

Unfortunately, today's system often penalizes those who work and get promoted. With overlapping programs and benefits, a new job or higher income can result in a larger deduction of benefits -- leading people to decline offers of new positions or promotions to maintain their income. This is where the second area of focus, tailoring benefits to people's needs, will help. By providing "new authority for states to link poverty programs... states could repackage your benefits." It would also provide more flexibility, allowing housing allowance recipients to move to "areas with more jobs and opportunities."

By demanding results, not programs, we would track improvements in peoples' lives, not in money spent. This would be done through pay-for-success partnerships, as well as pay-for-outcome models.

Johnson was right when he identified poor schools as one reason for continued poverty. The problem is that, after 50 years of government control and spending, many school are still failing their students. The fourth area of focus is to improve schools and skills and address the problems in a different way.

Instead of waiting to begin teaching when a child reaches kindergarten age, it will include early childhood development programs. Instead of pushing failing students ahead, it will start and programs that seek to rehabilitate at-risk youth. Access to better meals for children and improvement to job training would also be addressed.

The fifth area of focus, plan and save for the future, underscores how very different the Republican approach is from the current system. The plan is not only to provide help and assistance, but to offer a path to a drastically better future to those currently in poverty -- a future that they would control. This will include expanding "access to basic banking services" and "access to affordable retirement advice, providing low- and middle-income families."

While the intent of progressive Democrats might be commendable, one fact is clear: government-controlled programs have not worked. Our current system has created a culture of dependence and despondency rather than given "our fellow citizens a fair chance to develop their own capacities," as was Johnson's goal. To meet this goal, government, individuals and corporations must work together to create opportunities, provide ladders up and encourage all to work towards their best future.