Jackie Gingrich Cushman
|
Posted: Jul 21, 2016 12:01 AM
Share   Tweet
The opinions expressed by columnists are their own and do not necessarily represent the views of Townhall.com. 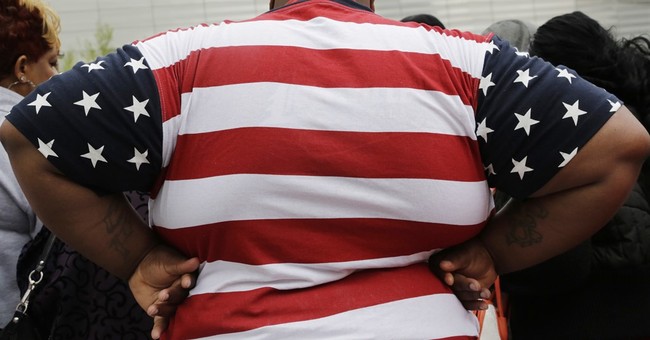 Trending
The Republican Convention this week resulted in the nomination of Donald Trump and Mike Pence for the party's ticket in the fall. No more "presumptive nominee" for Trump. While some may disparage this week's proceedings as disorderly and disorganized, it has been dull and anti-climactic for those who were hoping for a convention floor fight. What it will accomplish for certain is to move the party from the seemingly never-ending nomination marathon to the next phase of the campaign, which is one that will test the candidates' endurance and strategy.

There are arguments that must be made and won for the Trump/ Pence ticket to win in the fall. First, presumptive Democratic nominee Hillary Clinton has to be proven unfit to serve as president. Second, Trump has to be seen as presidential material. The first will be easier to accomplish than the second.

New Jersey Gov. Chris Christie laid out the facts and proclaimed Clinton's "guilt" during his speech Tuesday night. "I welcome the opportunity to hold her accountable for her performance and her character," he said. "We must present those facts to you, a jury of her peers, both in this hall and in living rooms around our nation." After listing her failures, Christie added, "We didn't disqualify Hillary Clinton to be president of the United States; the facts of her life and career disqualifies her."

The continual recitation of the facts regarding Clinton and her focus on always putting herself first will, over time, have an impact on voters.

The second argument, that Trump is fit to serve as president, will require more focus and additional evidence. This argument cannot be won by Trump alone, but can be won when it is made by those who know him best, both family and colleagues. Tiffany Trump and Donald Trump, Jr., have this week provided their perspective on why their father could serve as our president. Eric and Ivanka Trump will have their turn before the convention is over.

Tiffany, who recently graduated from college, provided a softer perspective of her father than we have seen before. "It's often said that with enough effort and determination, you can do whatever you put your mind to, but saying those words and living them are different things, and my father has lived them," she said.

She then made it personal: "He's always helped me be the best version of myself by encouragement and example. He motivates me to work my hardest and to always stay true to who I am and what I believe. That's what he does. He draws out that talent and drive in people so that they can achieve their full potential. That's a great quality to have in a father, and better yet, in the president of the United States."

Donald Jr. provided a different perspective, one more focused on how his father operates his business and approaches solutions. "For too long, our country has ignored its problems, punting them down the road for future generations to deal with," said Donald Jr. "In business, I was trained by my father to make the tough investments and decisions today to assure a brighter future tomorrow. We've actually started to believe that solving our great problems is an impossible task, and that's why we need to elect a man who has a track record of accomplishing the impossible...he's always fully committed."

Donald Jr. noted that his father was an involved investor. He "hung out with the guys on construction sites pouring concrete and hanging sheetrock... He's recognized the talent and the drive that all Americans have. He's promoted people based on their character, their street smarts and their work ethic, not simply paper or credentials ... His true gift as a leader is that he sees the potential in people that they don't even see in themselves."

It could be that Donald Trump's ability to recognize great potential in others and help them achieve their dreams allows him to see the great potential in our country, of what could be if we follow the Trump formula described by Tiffany and "do what you love, hold nothing back, and never let fear of failure get in the way."