One Man Can Make a Difference

Jackie Gingrich Cushman
|
Posted: Jun 02, 2016 12:01 AM
Share   Tweet
The opinions expressed by columnists are their own and do not necessarily represent the views of Townhall.com. 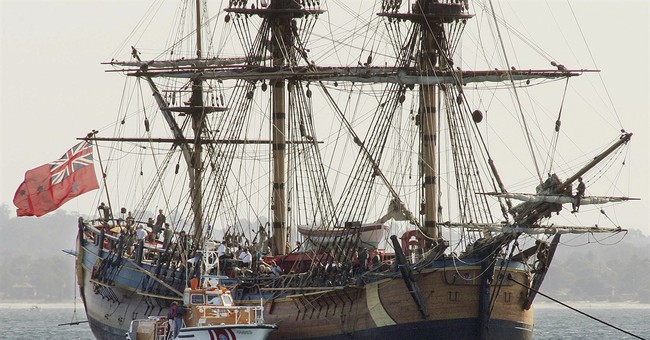 If you ever get discouraged about your ability to effect change in a world where one person may not appear to count for much, consider the story of James Oglethorpe.
The Georgia Colony of Britain was established by King George to settle the land between the southern border of South Carolina and Spanish Florida "for the settling of the poor persons of London." There were three goals in establishing the colony: to give the deserving poor a chance, to bring trade and wealth to the Crown and to defend the Carolinas from the Spanish.
King George named Oglethorpe, the third son of an English nobleman who could have lived out his life with ease and excess, to serve as one of the trustees. Oglethorpe's focus and concern for the common man had led him to choose a life of service.
Oglethorpe is perhaps best known for coming to America in 1732 with 118 emigrants and settling in Georgia. There were various reasons why the emigrants had fled the continent. Some were seeking religious freedom, some fiscal freedom, others a chance at building a new life. They all knew they would have to endure hard, backbreaking work, that some of them would die and that others would flee. But they also knew there was a chance that some of them would flourish. They were not guaranteed equal outcome, equal education or universal healthcare. They were offered only a chance -- and that was all that they required.
Oglethorpe first established a treaty with the Creek Indians to settle Savannah. Next, he worked toward establishing a defense on the southern end of the colony to protect against the Spanish. Fort Frederica and Fort St. Simons were established on St. Simons Island and built into a community of more than 1,000 people.
Oglethorpe's influence led to the prohibition of rum, brandy, and other distilled spirits, as well as the prohibition of the importation of slaves into the Georgia Colony. He was personally involved in building Fort Frederica, often working alongside colonists to build buildings.
His push for a southern fort paid off when the British and Spanish entered into conflict in 1739. St. Simons Island was the sole British stronghold between the Spanish and Savannah and the Carolinas. Suddenly, it was very important.
In June of 1742, a lookout in Fort St. Simons spotted more than 30 Spanish ships led by Governor Manuel de Montiano, sailing from St. Augustine. They lay offshore for days, but the forces they were carrying came on land on July 5 during a flood tide. In the ensuing battle, Fort St. Simons fell and the colonists retreated to Fort Frederica.
Oglethorpe's forces -- composed of British Regulars and Scottish Highlanders -- were outnumbered by the Spanish, but he held an advantage: he knew the islands' terrain and he could count on the locals to help.
The Spanish occupied Fort St. Simons and, on July 7, began pushing towards Fort Frederica. When Oglethorpe heard the news, he rushed out with his troops, met the Spanish and pushed them back -- temporarily. While the Spanish regrouped, Oglethorpe dispatched Highlanders to set up on the edge of a marsh to cut off the Spanish.
Oglethorpe then returned to Ft. Frederica to warn of a potential flanking maneuver by the Spanish, but rushed back to the marsh when he heard musket shots.
Surprised by the British forces, the Spanish began forming a line to counterattack while the Highlanders and Indians used guerilla tactics to inflict damage.
Though the British forces initially fell back, Oglethorpe encouraged them to push forward; the Spanish soon ran out of ammunition and retreated. Legend has it that there were so many dead and wounded that the marsh ran red with blood -- hence the name, the Battle of Bloody Marsh.
Not yet defeated, the Spanish began to plan their next move.
So, too, did Oglethorpe. With the knowledge that he could expect no reinforcements and that his forces were vastly outnumbered, he planted a letter on a Spanish captive suggesting that a British deserter was a double agent, and that more British troops were on their way.
A few days later, Montiano saw ships sent from the governor of Carolina, believed the deceptive intelligence and retreated with his forces to St. Augustine.
What Montiano did not know was that the ships he had seen were only on an intelligence-gathering mission and no help was coming from South Carolina.
In the end, though outnumbered by the Spanish, the British won due to superior knowledge of the terrain, use of guerrilla fighting, strategic use of disinformation to affect the enemy's plans, divine providence and, ultimately, Oglethorpe's leadership.
One man can make a difference.