Jackie Gingrich Cushman
|
Posted: May 05, 2016 12:01 AM
Share   Tweet
The opinions expressed by columnists are their own and do not necessarily represent the views of Townhall.com. 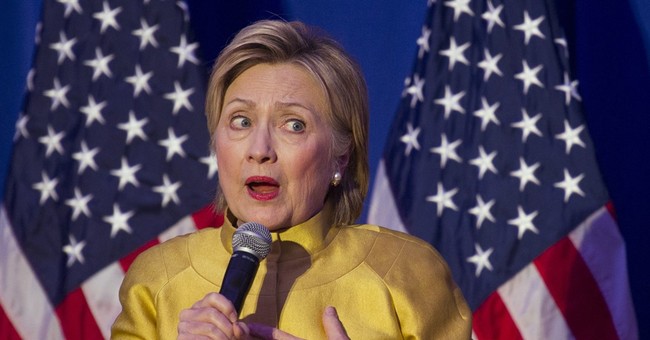 This week, Donald Trump, presumptive presidential nominee for the Republican Party, had a watershed moment. This moment occurred Tuesday night, when he won decisively in Indiana against Senator Ted Cruz of Texas, and Cruz responded by bowing out of the race. Based on Trump's appearance, he was surprised by Cruz's announcement.

After hearing of Cruz's decision to suspend his campaign, Trump described him as "one hell of a competitor" and said he "had a great future." In his address, Trump expressed gratitude to his supporters, and appeared magnanimous to his rivals. In short, he acted presidential.

With his overwhelming win in Indiana, Trump has amassed 1,047 of the 1,237 delegates needed to secure the Republican nomination. The RNC finally gave a nod to Trump Tuesday night when Chairman Reince Priebus tweeted, ".@realDonaldTrump will be presumptive @GOP nominee, we all need to unite and focus on defeating @HillaryClinton #NeverClinton."

For the Republicans, the general election has begun.

The Democrats, surprisingly, are not quite there. As surreal as Trump's commanding performance on the Republican side has been, the Democratic nomination process has taken much longer than anyone (especially former Sen. Hillary Clinton) could have imagined. Even Bernie Sanders admits that his movement has exceeded expectations.

Sanders had a surprising victory in Indiana, winning 53 percent of the voter versus Clinton's 47 percent (97 percent reporting). When President Barack Obama teased Clinton at the White House Correspondents dinner Saturday night, saying Clinton's campaign slogan was "Trudge up a hill," he might not have realized how steep and long the hill would become.

Clinton is not yet done trudging.

Sanders committed Tuesday night to stay in the race and take it all the way to a contested Democratic convention. How ironic it would be to see the Republicans united at their convention in Cleveland, Ohio, in July; followed by the Democrats a week later in Philadelphia, still fighting over who should be their nominee.

In becoming the presumptive nominee, Trump has earned a moment to slow down -- organize, integrate, strategize and build an organization to win the general election. There is no need to rush, there is plenty of time.

In the meantime, Trump gets the added benefit of watching Clinton and Sanders continue to pound on one another.

Remaining primary state visits by Trump will generate enthusiasm and provide him with the opportunity to treat them as general election stops. He will continue to attract media coverage, seal his nomination and make the remaining primary states part of the process, as they should be.

With Cruz out of the race, there is no need for Trump to mention Kasich, who might hang on until the convention, or might suspend his campaign. In any case, it's irrelevant to Trump. He can now begin to reach out to all voters, conservatives, moderates, independents, Republicans -- and yes, even Democrats.

While many will tout the most recent poll, (CNN/ORC poll conducted April 28-May 1) that has Clinton leading Trump by 54 percent to 41 percent, as a portending his sure defeat in the fall, they are wrong. Clinton is very beatable, especially by Trump.

Clinton is a politician, has been for years, and is part of the Democratic Party's establishment (just ask Sanders).

Clinton cannot be trusted. "I call her crooked Hillary," Trump has said. Clinton herself declared last Tuesday night that she is willing to "play the woman card." When she does, she will remind voters that her experience is that of a career politician -- that she is no different from the rest of the Establishment -- of both parties. She is a professional politician, and therefore cannot get anything done.

While the headlines this Wednesday referred to Trump as the new leader of the GOP, he appears to have no interest in leading the party. We have had several recent GOP nominees who have led the party - and they lost the general election. Trump is interested in leading the nation -- for all Americans. He happens to be a Republican, but his goal is to win the presidency -- not to manage the party.

When Trump says "America first," he means "America first" -- above party, above other nations, and that's why voters love him. Americans of both parties are tired of party politics, tired of being thought of last. They want someone who will be their champion. That's what they have found in Donald Trump.