The Race Is On

Jackie Gingrich Cushman
|
Posted: Feb 04, 2016 12:01 AM
Share   Tweet
The opinions expressed by columnists are their own and do not necessarily represent the views of Townhall.com. 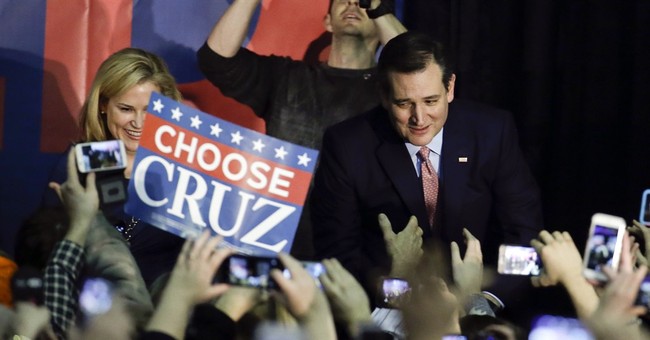 This week's much anticipated Iowa Caucus marked the start of the presidential nomination process for both the Democratic and Republican parties. It was quite an event.

The turnout on the Republican side was 50 percent higher than usual, and the Democrats turned out 50 percent more than in 2012, but 30 percent less than their record breaking year in 2008.

The Republican side was even more exciting, with the top three candidates, Ted Cruz, Donald Trump and Marco Rubio less than five percentage points apart. Cruz pulled in 27.6 percent, Trump 24.3 percent and Rubio came in a surprisingly close third with 23.1 percent of the votes.

In politics, expectations and impressions are as important as actual performance, and this week provided an opportunity for Cruz and Rubio to over perform against expectations, while Trump underperformed.

There is much speculation about the causes: Trump's avoidance of the debate, Cruz's ground game, Rubio's stellar performance at the debate against Cruz. Whatever the reason, there is sure to be an effect in New Hampshire and beyond.

Cruz's appeal will be tested in New Hampshire, which is less conservative than Iowa. This week, John McCormick wrote in "The Weekly Standard" that part of Cruz's win was due to higher-than-anticipated turnout from evangelical Christians.

Not only was the turnout model incorrect, but Cruz "won 34 percent of evangelicals, while Trump won 22 percent and Rubio won 21 percent."

This turnout and split may result in a different outcome in New Hampshire, home to fewer evangelicals. According to McCormick, "Among the 36 percent of caucus-goers who aren't evangelicals, Trump took 29 percent, Rubio took 26 percent, and Cruz took 18 percent," in Iowa.

The event in New Hampshire is a primary rather than a caucus, but voters who are registered as independent can decide that day which primary to vote in. These voters represent 44 percent of New Hampshire voters. A poll conducted by WBUR, the NPR news station out of Boston, showed "that 38 percent of undeclared voters were sure they'd vote in the GOP primary, while 29 percent were sure they'd vote in the Democratic primary. Another 12 percent were leaning towards the GOP contest, 12 percent toward the Democratic contest, and 9 percent were completely undecided."

New Hampshire is known for its fiercely independent voters, and its more progressive stances. Given those attributes, it's feasible that Sanders and Trump could both do well in New Hampshire.

John Kasich is taking a last stand in the state, whose proximity and moderate positions will likely make it more receptive to Kasich. While Kasich might be the more qualified person in the Republican primary, this is certainly the year that experience is not rewarded -- instead, it is penalized.

Rand Paul suspended his campaign after the caucus, as did Martin O'Malley and Mike Huckabee, after they all showed disappointing results.

The one thing surely is that, while there will be a scramble this coming week in New Hampshire, attention will rapidly and briefly swing to the Nevada caucuses and South Carolina primary before focusing on the 15 states participating in the SEC primary on March 1.

As the state primaries come faster and involve more than one state at a time, the complexities and cost of running a presidential race increase exponentially. It is during this rapid expansion period that the candidates with money and organization can outpace the less-well-funded and-organized candidates.

Sit back and enjoy the show.