Leadership -- a Study in Contrast 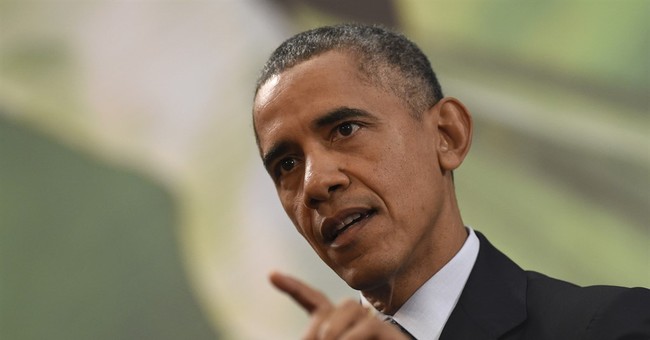 When terrible events happen, leaders address the safety concerns of their communities, and then reach out to various factions to ensure a solution is reached. They bring people together and work with them to be successful. Events of this past week underscored the stack contrast in leadership between President Barack Obama and House Speaker Paul Ryan.

Obama's response Monday, days after a terrorist attack in Paris left 129 people dead and hundreds wounded, was to say, in effect - "Don't worry- your safety concerns aren't valid - our strategy is working."

This was evident on Monday, when Obama was answering questions after the G20 Summit in Antalya, Turkey. The members of the news media focused on whether the U.S. strategy to defeat ISIL was working, or should be altered. Clearly they understood their audiences' concern for safety and reassurance.

The media must not have been satisfied with Obama's answers, because they kept pressing. CNN's Jim Acosta asked Obama if he had "underestimated ISIS's abilities. This is an organization that you once described as a JV team ... why can't we take out these bastards?"

Obama made no attempt to hide his exasperation.

"Well, Jim," Obama answered, "I just spent the last three questions answering that very question, so I don't know what more you want me to add ... It's important for us to get the strategy right. And the strategy that we are pursuing is the right one."

Everyone in the room did not agree.

NBC's Ron Allen attempted one more time, "I think a lot of people around the world and in America are concerned because, given the strategy that you're pursuing...do you think you really understand this enemy well enough to defeat them and to protect the homeland?"

Still exasperated, Obama soldiered on. "All right, so this is another variation on the same question," he said. "And I guess -- let me try it one last time."

But his answer was the same: "Our strategy is fine."

In a study in contrast, House Speaker Paul Ryan noted Wednesday that "The national defense bill that I will sign later today requires the president to come up with a plan for defeating ISIS -- not just containing, but defeating ISIS. A containment plan is not enough. That has failed."

He understands that the American people do not believe that we are on the right path to success.

Ryan continued by addressing the American people about their safety and security in light of the terrorist attacks. "In addition, the Majority Leader and our committee chairs are developing a plan to address the Syrian refugee crisis. Our nation has always been welcoming, but we cannot let terrorists take advantage of our compassion ... the responsible thing is to take a pause on this particular aspect of this refugee program in order to verify that terrorists are not trying to infiltrate the refugee population."

Instead of alienating portions of the public, Ryan called on our country to come together. "In the end, the ultimate solution to this crisis is a strategy to defeat ISIS," he said. "All of this rises above politics. This is not about politics. This is about national security ... we will invite all of our colleagues -- Republicans and Democrats -- to work with us quickly to address the urgent nature of this situation."

Ryan's focus on real leadership was evident in his interview on CBS News' "60 Minutes" last Sunday. "You can oppose the president on some issue that you fundamentally disagree with, but also work with the other party on issues you do agree with. Leadership by the example is the way I look at it. I do have friends on the other side of the aisle. I have shown that we can negotiate and compromise without compromising principle, that people who had different ideas aren't bad people, they just have different ideas. Somewhere in this we got into impugning people's character and motives if we didn't like their ideas. We've got to get back to just debating ideas and not impugning people's motives and character."

Ah -- if only Obama had been listening.