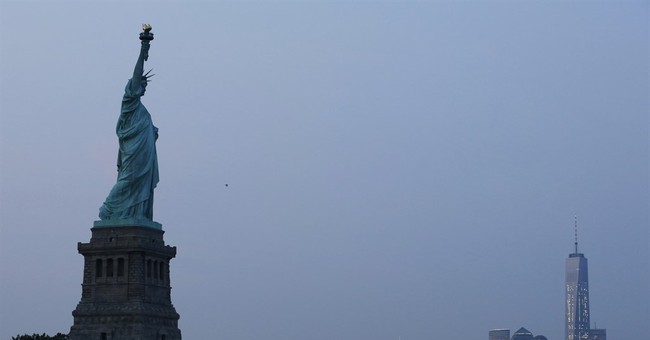 Trending
On October 28, 1886, the Statue of Liberty was dedicated by President Grover Cleveland, who proclaimed at that time, "We will not forget that Liberty has made her home here, nor shall her chosen altar be neglected. ... A stream of light shall pierce the darkness of ignorance and man's oppression until Liberty enlightens the world."

The ego and talent of a man many might not recognize, Frederic Auguste Bartholdi, was the driving force behind the Statue of Liberty ending up in the New York Harbor. Elizabeth Mitchell, author of "Lady with a Past," wrote that Bartholdi once said, "The Americans believe that it is Liberty that illumines the world, but, in reality, it is my genius."

Bartholdi first shopped the idea of a large female statue to the Egyptians, as a giant overshadowing the Suez Canal. When traction for the project did not occur, he moved the potential project destination to the United States.

His friend, Edouard Rene de Laboulaye, would champion the project, proposed in 1865 as a celebration of the victory of the Union and to reinforce Laboulaye's belief in French democracy. The government of neither country was involved in the fundraising -- but rather the people of France and the people of the United States raised the required funds. Ten years later, Laboulaye announced the Franco-American Union to fundraise for the statue, named "Liberty Enlightening the World."

Fundraising began to subside in the next decade, and newspaper publisher Joseph Pulitzer wrote a plea for funds on March 16, 1885. "We must raise the money! The World is the people's paper, and now it appeals to the people to come forward and raise the money. The $250,000 that the making of the Statue cost was paid in by the masses of the French people -- by the working men, the tradesmen, the shop girls, the artisans -- by all, irrespective of class or condition. Let us respond in like manner. Let us not wait for the millionaires to give us this money. It is not a gift from the millionaires of France to the millionaires of America, but a gift of the whole people of France to the whole people of America."

The people responded -- raising more than $100,000 (about $2.5 million today) in the next few months. Mitchell wrote, "Many donors wrote heartfelt letters (to Pulitzer's paper, the World) describing why they offered their pennies, and he published those letters, too. He ran contests, commissioned cartoons, and published a daily tab of the income." Donors' names were published in the paper as the money poured in, leading to increased donations as well as increased circulation for the paper.

In the end, the appeal worked and the statue was completed, a symbol of Liberty for the world.

The statue's transition into a light and beacon for immigrants did not happen until almost two decades later. The poem, whose last lines are most frequently quoted in conjunction with what is now called the "Statue of Liberty" was written by Emma Lazarus in 1883 for an exhibition and fundraising event for the monument. It was not engraved and installed inside the pedestal until 1903. Titled "The New Colossus," it reads:

With conquering limbs astride from land to land;

Here at our sea-washed, sunset gates shall stand

A mighty woman with a torch, whose flame

Is the imprisoned lightning, and her name

Mother of Exiles. From her beacon-hand

With silent lips. 'Give me your tired, your poor,

Send these, the homeless, tempest-tost to me,

I lift my lamp beside the golden door!'"

The Statue of Liberty is a true American story, one that was adapted from another country, focused on liberty, championed by the people, driven by the press, and transformed into a story with a different meaning than the one that it started out with.