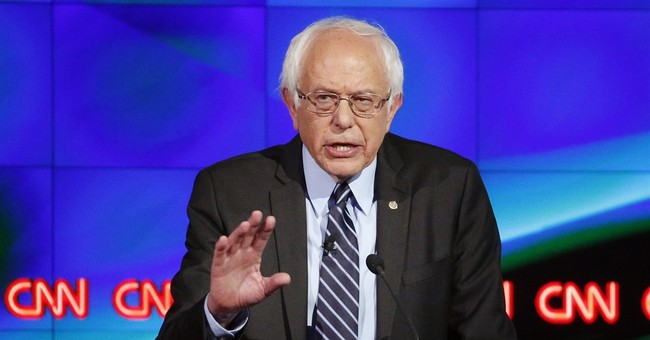 Trending
For those who waited for presumed Democratic presidential nominee Hillary Clinton to implode at the first debate, the wait was in vain. Polished, poised and professional, she was well-rehearsed and stayed on point, while managing to be "likable enough," as then-Sen. Barack Obama labeled her in a 2008 debate.

The big winner Tuesday night was CNN's Anderson Cooper, followed by Bernie Sanders, the Independent from Vermont who is running for the Democratic nomination. He appeared reasonable and rational -- a win for anyone who is running as an Independent and is a self-proclaimed socialist.

Based on a Fox News poll released before the debate (1,004 registered voters, +/- 3 percent, Oct. 10-12), Clinton is in the lead at 45 percent, Sanders following at 25 percent, Vice President Joe Biden at 19 percent, and the remaining three candidates at 1 percent each. Only three candidates are really viable on the Democratic side (Clinton, Sanders and Biden), and only two of them are currently running.

The five candidates running for the Democratic nomination for the presidential election faced off Tuesday night at the party's first debate in Las Vegas, Nevada. Clinton, the former senator from New York and secretary of state, stood in the middle based on her top poll rating. Sanders stood to her right and former Maryland Governor Martin O'Malley to her left. Former Virginia Governor Jim Webb and Rhode Island Governor Lincoln Chafee provided the bookends to the stage.

Interestingly, of the five candidates, two are former Republican office holders (Chafee and Webb), and the person nipping at Clinton's heels, Bernie Sanders, still declares himself an Independent in party but a democratic socialist in theory.

Frank Luntz met with 28 Democratic Florida voters for a focus group during the debate. According to his panel, Sanders won the debate. Described by them as "for the people", "strong", "straight forward", "confident", "sincere", "powerful", and "smart." Sanders was the surprise of the night.

It was not only Sanders' populist appeal that appeared to resonate with viewers, but the way he engaged with Cooper and Clinton. He had the best line of the night when he interrupted the back-and-forth between Cooper and Clinton regarding her email controversy.

"Let me say something that may not be great politics. But I think the Secretary is right. The American people are sick and tired of hearing about your damn emails!"

After being thanked by Clinton, who reached over and shook his hand, Sanders continued, "You know. ... We have massive wealth and income inequality. Our trade policies have cost us millions of decent jobs. The American people want to know whether we're going to have a democracy or an oligarchy as a result of Citizens United. Enough of the emails. Let's talk about the real issues facing America."

Clinton's movement towards him and their subsequent handshake gave Sanders the credibility he needs to continue his momentum. Sanders restated his disgust with Wall Street, capitalists and anyone who he feels is contributing to inequality in America. According to him -- he's for the people.

As for Chafee, his worst moment came when he defended a vote based on it being one of his first as a Senator -- as if newness explained a vote he now regretted. Webb, who often spoke about the military and his service, appeared as though he would have been more at home on a Republican debate stage.

Clinton wasn't going to fall apart, noting during the email back-and-forth, "I'm still standing." But Sanders now looks like a real contender. The question remaining, at least in my mind: Is there any room for Biden? Yes, while Hillary is still standing, she did not dominate the stage as one might have anticipated when the campaign began months ago.

As for Sanders, we will have to see if his version of progressive populism, which rests upon reinforcing class warfare and believing that those in power are smarter and therefore must help those who can't help themselves, will appeal to more than the 9.2 million who watched the debate.