Trump Says What He Means and Means What He Says 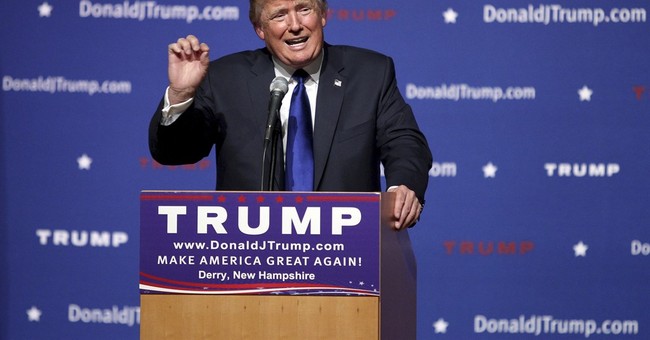 Pollster Frank Luntz conducted a 29-person focus group of Trump supporters this past Monday. At one point, while talking to journalists who were watching the group through a one-way mirror, Luntz said, "I want to put the Republican leadership behind this mirror and let them see. They need to wake up. They don't realize how the grassroots have abandoned them. Donald Trump is punishment to a Republican elite that wasn't listening to their grassroots."

The next evening, Luntz elaborated on the focus group results. "Let me be clear about this," he told Sean Hannity on Fox News. "What Trump has done over the last three weeks is that he's taken his media appearances, taken that language of political correctness, and used it as a weapon to challenge those who are opposed to him. And you have 25, up to 30 percent of the Republican vote, and some Democrats, who are just fed up with the way Washington works, fed up with Wall Street, fed up with the media, fed up with elites and that's why he's doing so well right now ... they're tired of politicians who speak in sound bites. They're tired of all these focus group slogans. They want someone that says what they mean, means what they say ... But overall, there has been genuine movement towards Trump and it's because of his persona, not his policies."

While the persona of Trump might offend and be off-putting to many, Luntz's point is that his authenticity -- as defined by his willingness to say what he means, and mean what he says -- has struck a chord. It's the directness of his comments, regardless of their content, that has created his connection.

That directness was on display again this week, when Donald Trump refused to be pushed around by an activist reporter who did not follow the rules. Tuesday night, during a news conference in Iowa, Univision's Jorge Ramos began asking questions without having first been called upon to do so. Though another reporter had been called on to ask his question, Ramos would not wait his turn. That led security to escort him out of the room, and the news conference continued. A few minutes later, Ramos rejoined the conference, where Trump said, "Welcome back," and called upon him.

Ramos began his question by referring to Trump's immigration policy as "full of empty promises," establishing himself as an activist rather than as an unbiased journalist.

The next morning, when asked by Chris Cuomo of CNN if he had been too personal, Ramos responded, "It cannot be too personal."

The popularity of Trump's willingness to say what he means and mean what he says is being reflected in the polls.

According to Real Clear Politics, the average of the last three national polls (CNN/ORC, FOX News, Rasmussen) put Trump at 22 percent, Bush at 11 percent, Carson at 10 percent, Walker at 8 percent, Rubio at 7 percent and Cruz at 7 percent.

Trump also leads the most recent polls in Iowa, New Hampshire and South Carolina. The average of the last three Iowa polls (CNN/ORC, Suffolk, PPP) has Trump ahead (19 percent) and then Carson, (12 percent), Walker (11 percent) and Cruz (8 percent). Bush is lagging, in seventh place, at 7 percent.

In New Hampshire, the average of the last four polls (PPP, Boston Herald, Gravis, WMUR/UNH) puts Trump at the front of the pack, with 27 percent, followed by Kasich at 11 percent, Bush at 10 percent and Walker at 8 percent.

The average of the last three South Carolina polls (Monmouth, Augusta Chronicle, Gravis) have Trump at 32 percent, Carson at 12 percent, Bush at 11 percent and Walker at 7 percent.

While Trump is in top of each of the polls, the changing face of the second-place candidate underscores the fluidity of the field.

When trying to forecast who will win the Republican nomination, it might he helpful to look back four years. According to Real Clear Politics, on August 26, 2011, Rick Perry was leading at 21 percent, Romney was at 19 percent, Ron Paul at 10 percent, Michele Bachmann at 10 percent and Newt Gingrich (full disclosure: he's my dad) at 6 percent. In the following months, Cain would peak at 26 percent, Gingrich at 35 percent and Rick Santorum at 34 percent.

So, a Trump victory at the GOP national convention in Cleveland is far from assured. But the other candidates might do themselves a favor by heeding the lesson Luntz has learned from the focus groups -- voters like when candidates say what they mean, and mean what they say.