The Power of Positive Beliefs 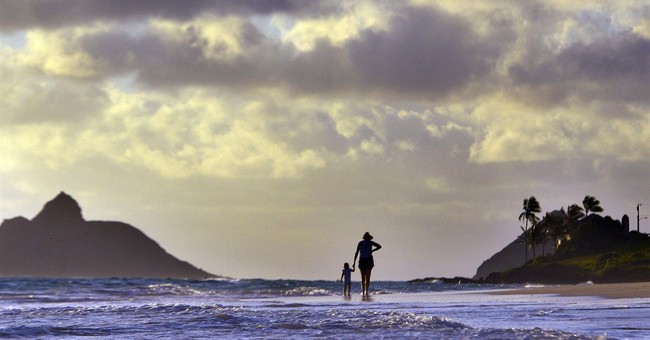 Trending
My mother was diagnosed with uterine cancer in the mid-1970s, when I was in grammar school. Her goal, at that time, was to stay alive to see my older sister Kathy and me graduate from high school. She neither dwelled on the disease, nor on why she was stricken with it, but instead focused on getting rid of the cancer and living for her two daughters.

She watched both us of graduate from high school, from college and, in my case, from graduate school.

In 2005, she was once again diagnosed with cancer. After enduring surgery and chemotherapy, her body was exhausted and my sister and I moved her to a nursing home.

We drove away, crying, thinking that she would not make it out. But Mom never gave up hope, defied the odds, and -- through hard work and prayer -- moved into assisted living, then back into her own home, where she lived on her own for years.

Last year, after suffering and surviving a stroke, my mother passed away. What I remember most is her positive spirit and determination that she was going to get better.

Bruce Gear's article, "What if Age is Nothing but a Mind-Set?" coming out this Sunday in the New York Times Magazine, reminds me of my mother's journey and of how her thoughts determined her future.

Gear's article focuses on the work of psychologist Ellen Langer, and the effect of mindset on the body. It's more than just positive thoughts. It's positive beliefs. My mother didn't just think positive thoughts; she believed that her positive thoughts would come true. And they often did.

"Her emphasis is on noticing moment-to-moment changes around you, from the differences in the face of your spouse across the breakfast table to the variability of your asthma symptoms," writes Gear. "When we are 'actively making new distinctions, rather than relying on habitual' categorizations, we're alive; and when we're alive, we can improve. Indeed, 'well-being and enhanced performance' were Langer's goals from the beginning of her career."

He cites a study on the effect of a person's mind-set regarding current physical activity on weight loss.

"Langer and one of her students, Alia Crum, conducted a study, published in the journal Psychological Science, involving 84 hotel chambermaids. The maids had mostly reported that they didn't get much exercise in a typical week," writes Gear. "The researchers primed the experimental group to think differently about their work by informing them that cleaning rooms was fairly serious exercise -- as much if not more than the surgeon general recommends. Once their expectations were shifted, those maids lost weight, relative to a control group (and also improved on other measures like body mass index and hip-to-waist ratio). All other factors were held constant. The only difference was the change in mind-set."

A change in mind-set leading to a change in body mass and hip to waist ratio. This would be life-altering indeed.

Langer is currently focusing on a study to see if mindset can make a difference to patients with stage four breast cancer. Those undergoing the test will focus on getting better -- not the toll of their disease. "So there will be no talk of cancer 'victims,' nor anyone 'fighting' a 'chronic' disease."

This was the way that my mother approached cancer when she was diagnosed. She kept her focus on the long-term prize -- being with her daughters and grandchildren. With her eye on the prize of being with family rather than the challenging journey itself, she was rewarded with many shared birthdays, Christmases and Thanksgivings.

When we inevitably meet challenges in our own lives, it is important that we approach them with the right mindset and with a clear, positive long-term goal at the top of our mind. Changing not just our thoughts, but also our beliefs, and therefore our very selves.