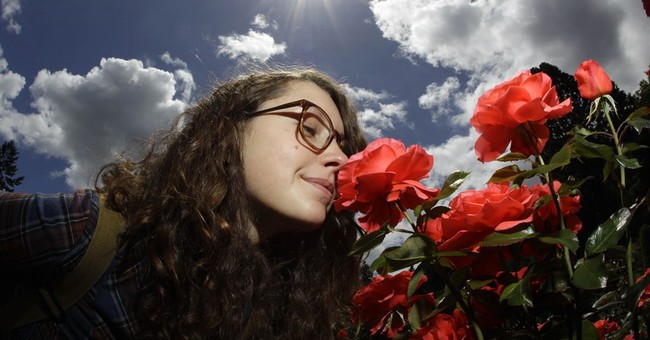 For those of us with school-age children, May Madness is almost over. No longer simply a time for tests, projects and wrapping up work before the end of the school year, May has become a time for year-end celebrations, ceremonies and get-togethers. May is the new December in terms of over-scheduled activities and events.

Thank goodness it's near the end of the month. I am exhausted, behind in all sorts of paperwork and processes and recently have been trying to determine how to best hide from the world, catch up and rest.

My husband, Jimmy, on the other hand, gets enjoyment not from staying home and hibernating but from going out, getting involved and being around people. Jimmy is often referred to as "the nicest guy I know." (It's not just me saying this phrase within his earshot. The phrase is an almost universally agreed-upon descriptor.) He gains energy from being with people. For years, our children and I have teased him about his love for meeting people, talking and making friends even when he goes into a service station to pay for gas.

An article released this week, "Friendship: Friends with many benefits," by Lauren Brent in "New Scientist Magazine," provides the science behind his predilection for people and gives me reason to rethink my strategy for recharging.

"We need friends," writes Brent. "They have a positive impact on our health, wealth and mental well-being. Social isolation, on the other hand, creates feelings akin to physical pain and leaves us stressed and susceptible to illness. In fact, our bodies react to a lack of friends as if a crucial biological need is going unfulfilled. This is not surprising. For us humans, friends are not an optional extra -- we have evolved to rely on them."

It's not just a feeling, according to Brent, but a chemical response to being with other people. "Being friendly is linked with the release of various neurotransmitters in the brain and biochemicals in the body that make us feel good."

And it's not just the physical contact, either, because most friendships entail no more than shaking hands and a quick hug.

Since friendships tend to revolve around shared activity and social interaction, it's also behavioral synchrony, in other words, being at the same place at the same time doing the same thing.

Robin Dunbar, who conducted research at the University of Oxford, discovered that "despite exerting the same physical effort, people who rowed as a synchronous pair released more endorphins than those who rowed alone."

This explains why I tend to run longer and harder when I am with a friend than when I am alone. Not just because I am too embarrassed to quit before them, even though that might also provide motivation.

Friends not only make us feel happy, but they also help us feel less bad. When I need to commiserate, I chat with the woman I refer to as my fairy godmother and soon feel better. I can credit not just the airing of events, but a chemical reaction as well. According to the research, people in stressful situations produce less of the stress hormone cortisol when they are in the presence of friends. This means that your recent visit to a friend in the hospital may have been more than a thoughtful gesture, but could have also contributed to the patient's recovery.

So if friendships are beneficial to everyone, why are some people friendlier than others? Research by James Fowler at the University of California, San Diego, and Nicholas Christakis at Harvard University found that almost half of the differences were accounted for by genetic factors.

This explains our children's desire to spend time with friends -- more like their father than me. During the fall, winter and spring, this yearning is met in school; in summer, not so. The spike in requests to have friends over and to travel with them has already begun. How to balance these interests with summer activities, camp and reading? Aren't we supposed to rest, read and get ready for the year to come?

The beginning of summer is a perfect time to rethink the importance of friends. It's not just fun to have friends around, but it's also good for our health. Here's wishing you, dear reader, a summer of friends.