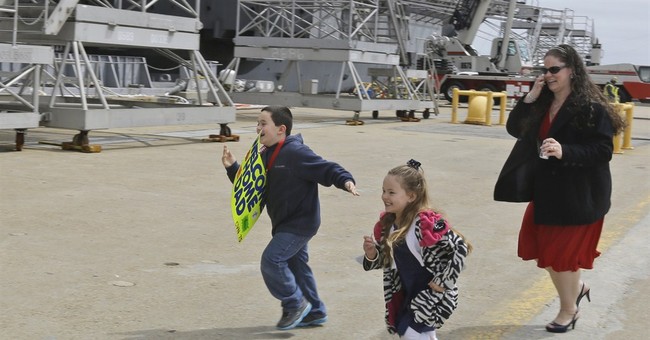 Mother, Mom or Mommy, the name matters not to me; it's the person who matters. My earliest memories of my mother were of her holding me in her lap, tight against her ample chest and soothing me when I was upset. She was my comforter, even when she was the one who had just disciplined me. In her lap, with her arms around me, I felt loved, safe and secure.

When I was a teenager, she played the role of the heavy. "I have broad shoulders," she once told me. "Blame me, instead of yourself, if you don't want to do something your friends want." I took her advice -- often: "My mom won't let me. My mom wouldn't approve. My mom said no." This allowed the burden of rejection and disapproval to fall on her shoulders instead of mine.

She declared when I was in high school that I was "smarter than the average bear," and proudly updated her friends about my progress and that of my sister.

As I finished school and embarked on a career, she became my biggest cheerleader and champion.

When I earned my first promotion, she celebrated by sending me a large bouquet of flowers with a congratulations card signed by "the mother of the bear."

She always believed in my abilities and that I could make a difference in the world. She loved me, no matter what.

She and my aunt often said that their own mother "was a tough but fair lady." My mother too was tough, but fair. She demanded a lot from me, but always more from herself.

In the last year of her life, she suffered a stroke that left her unable to walk or even to move her arms much. During the first week, she lay in bed at a hospital and was then transferred to a nursing home. For the first week in the nursing home, she lay in bed, disoriented by all that had happened to her so quickly and moaned continuously. To see her incapacitated and in pain, at least psychologically, was heart-wrenching for me.

My mother, so strong and determined, unable to move.

Originally placed with a roommate, she moaned so much that she was soon moved to a private room. I wonder occasionally if, through the haze, she knew that "speaking out" and "being heard" would help.

Eventually, with hard work on her part and the help of an incredible staff, she was able to brush her hair, feed herself, write and push herself in her wheelchair. Never one to rest on her laurels, she was determined that one day she would walk again. She worked hard with the therapist and never gave up her belief that determination and work could get the job done.

She never regained the ability to walk, but she made friends in the home, baked bread, played the handbells and went to as many activities as possible. She ventured out to attend her grandchildren's recitals, family celebrations and field trips. Her last trip was to the Atlanta Botanical Gardens, where she admired the hydrangeas and chatted with my daughter Maggie as my son Robert pushed her.

Words and phrases that come to my mind when I think of my mother include faithful, loving, determined, hardheaded, tough, funny and a strong believer of God. Her life had been hard at times, but she was secure in the knowledge that God would take care of her and others, and that her prayers would always be answered.

My mother went to heaven last August, and this will be my first Mother's Day without her. Her spirit is still with me, but I miss her voice and her constant declarations of love that filled our conversations.

I know she's fine, and I love her very much, too.