In Praise of Phases of Life 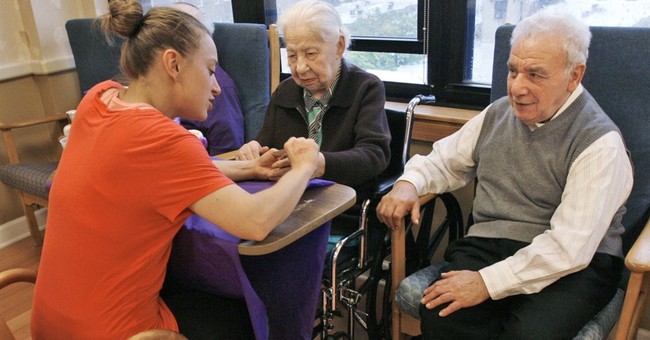 Thursday is my mother's birthday; she would have been 78. This is the first year that she won't be with us to celebrate, but will be in heaven looking down. In my mind, she is still with us in spirit and love.

My mother came from a long line of strong-willed women. Her grandmother ran a county store in rural Georgia. Her mother, one of 11 children, ran away from the family farm, with the help of her mother, to go to the big city of Columbus, Georgia, and earn her nursing degree. She was the first in her family to finish high school.

My mother, the eldest of four children, faced her first major obstacle when she was 4 years old. She was struck with polio and could not walk. Her mother took her home and nursed her, often massaging her legs for hours.

Years later, my mother didn't wonder why she had contracted the illness, but instead told me, "I was just lucky that I didn't have to use an iron lung; I could breathe on my own."

She couldn't walk for months, but she could pull herself up to look through her crib slats and out the window to watch the other children play.

Polio would leave her without any visible marks, but forged a fierce spirit and a determination that was coupled with gratitude and grace, making her a force of nature.

She raced through college, earning a degree in math from Auburn University in just three years. She was often the only woman in her college math class.

She taught math for more than 20 years in Georgia, finishing her career at Carrollton High School, whose graduates have given me a glimpse into the impact she made.

They recognize her for being tough but fair, and demanding a lot from them. She was the type of teacher who knew before they did what they had inside and what they could accomplish if they just applied themselves.

This past week I've had the opportunity to talk with several women at various stages of life: starting out, mid-stream and in the twilight. This, coupled with the approach of my mother's birthday, has led me to reflect on the importance of understanding where one is in life and of taking advantage of opportunities as they appear.

As a child, I felt that the days seemed to barely move from one to another. Christmas came too slowly, as did summer vacation. On a weekend afternoon, when I had nothing to do, time could almost seem to stand still. In college, it sped up a bit, but still moved relatively slowly.

It sped up once I had children. But still, when they were small, it seemed to me that their initial phase of life -- the one where they had to be bathed, dressed and fed -- would last forever.

But, of course, nothing does. My children, now 14 and 12, are in middle school, and I can imagine a time when they are both out of the house and at college. I know that the six years the 12-year-old has left at home will go by in a flash.

However, my awareness that life's seasons will change has not brought me patience. Instead, it has led me to understand my impatience. That, I would argue, is the first step toward improvement.

How does this understanding and acceptance of phases connect with the loss of my mother? It helps me to understand the words from the Book of Ecclesiastes that were popularized and immortalized by Pete Seeger, whose final season came last month.