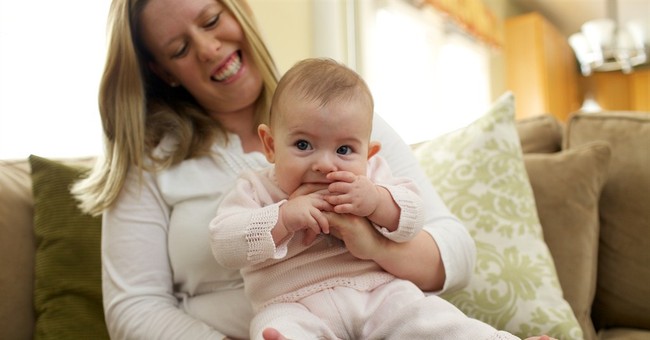 When our oldest child was an infant, I talked to her nonstop. It was an ongoing monologue, a narrative of her life in progress. Topics included what we were doing, where we were going, what I was dressing her in, what the weather was like and what was happening next. While she could not understand every word, she could understand the tone and the emotion, and it exposed her to thousands of words at an early age. When she made baby noises, I responded with adult language. I could tell that she was watching and learning every moment that she was awake.

When my husband returned from work in the evenings, he would carry on the monologue. Even before she talked, she was engaged in our conversations.

Two years later, when her brother was born, he was exposed to the same environment, one of constant interaction and language. As they grew older, the immersion in language evolved to include reading. One of my favorite pictures is of our then 2-year-old daughter "reading" to her 5-month-old brother as they sat on our flowered couch -- she holding a soft book and he propped next to her (he was too young to sit up on his own).

Obviously, she was not really reading to him, they were just looking at the pretty pictures together, but they were engaged with their environment.

My husband and I both read to them, especially at night before they went to bed. As they grew older, we encouraged them to read on their own before bedtime. One night, several years ago, our younger child, Robert, took a break from reading and said, "Mommy, I don't read because I like to, I read because it makes you happy."

Now he is a voracious reader, especially of history or military subjects.

A New York Times article this week, "Language-Gap Study Bolsters a Push for Pre-K," by Motoko Rich, connects the disparity in words heard by different groups of children, with the need for Pre-K classes. Anne Fernald, a Stanford University psychologist, published a report in "Development Science," that concluded: "At 18 months children from wealthier homes could identify pictures of simple words they knew -- 'dog' or 'ball' -- much faster than children from low-income families. By age 2, the study found, affluent children had learned 30 percent more words in the intervening months than the children from low-income homes."

"The researchers differentiated between words overheard from television and adult conversations and those directed at the children. They found that some of the children, who were 19 months at the time, heard as few as 670 'child-directed' words in one day, compared with others in the group who heard as many as 12,000," wrote Rich.

Those who had heard more words were able to understand words more quickly and had larger vocabularies by age 2. "Even in families that are low income and perhaps don't have a lot of education, there are some parents that are very engaged verbally with their kids," said Adriana Weisleder, a graduate student who worked with Fernald. "And those kids are doing better in language development."

There is clearly a need for better preparedness for kindergarten nationwide. Numerous studies have shown that those who are behind in vocabulary and language are at a disadvantage in learning to read, and once children fall behind in third grade, they often cannot catch up, and are more likely to drop out before graduation. I'm a big proponent of quality early education, but putting a program in place might not be simple.

"There is a lot of wishful thinking about how easy it is, that if you just put kids in any kind of program that this will just happen," said W. Steven Barnett, director of the National Institute for Early Education Research. In a study cited by Rich, "teachers in less than 15 percent of the classes demonstrated 'effective teacher-student interactions.'"

While we are pursuing quality Pre-K, we need to remember that quality matters, too. While we are pursuing a systemic fix to our national preparedness through Pre-K, let's also encourage parents, grandparents and other family members to increase their engagement with babies and toddlers. Especially now that we know how much words matter.