Thanks and Devotion This Memorial Day 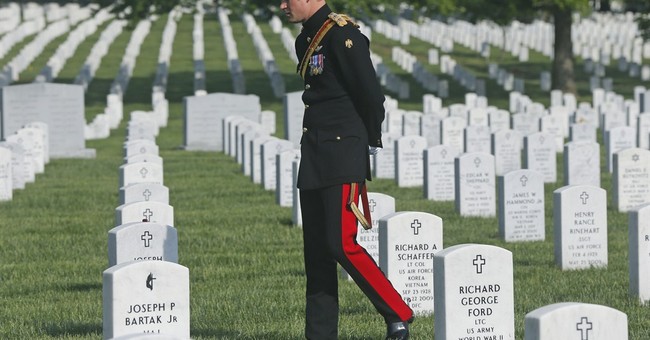 If you were to suddenly appear this weekend at the numerous barbecues or pool parties, without any knowledge of our nation's history, it might be hard to understand the real meaning of Memorial Day. Is it a day to sell cars, clothes and mattresses? Is it a day off of work, a time to join with family and friends, and grill out?

For our family, Memorial Day weekend marks the start of summer. School is out, and we transition from the school year to summer activities.

Memorial Day can be traced back to John Logan, who served as an Illinois congressman prior to the Civil War, then volunteered as a Union soldier and was promoted during the war to general. He issued an order in 1868 to honor those who died in the war. At that time, he was serving as commander in chief of the Grand Army of the Republic, a fraternal organization of former Union soldiers.

"The 30th day of May, 1868, is designated for the purpose of strewing with flowers or otherwise decorating the graves of comrades who died in defense of their country," stated the order. "We should guard their graves with sacred vigilance," it said, adding that their deaths were "the cost of free and undivided republic."

The Civil War was the most deadly war for Americans. More than 600,000 American soldiers died.

That first year, approximately 5,000 people gathered at Arlington Cemetery to decorate the graves with American flags. Since then, the custom has grown and spread.

Arlington Cemetery, located in Virginia, across the Potomac from the Lincoln Memorial in Washington, is today the military graveyard of hundreds of thousands of United States soldiers. On a recent visit to our nation's capital, I had the opportunity to walk through the cemetery and visit the Tomb of the Unknown Soldier.

Walking through the cemetery, surrounded by thousands of small, white gravestones, perfectly aligned, row after row, it is easy to remember the sacrifice that has been made on our account. Soldiers have died. Families have lost sons, daughters, fathers, mothers, brothers, sisters and friends. There are miles and miles of trails through the cemetery.

At home, at the beach or at the pool, taking time to reflect on the importance of Memorial Day may prove difficult to do amid the sales and BBQs, the day off from work. But we should all pause and remember -- to honor those who have given their lives for our country and to dedicate ourselves to living in a way that ensures their sacrifices were not in vain.

One of the most fitting tributes to American soldiers is one that was given before Memorial Day was recognized -- President Abraham Lincoln's Gettysburg Address.

Lincoln delivered his address at the dedication of the Soldiers' National Cemetery at Gettysburg, Pa., in November 1863, while the Civil War was still raging. He was not the main speaker for the day, but had been invited as an afterthought. His speech was so short (less than two minutes) that the photographer did not have time to get a picture of him delivering it.

The speech, one of my favorites, is engraved in the Lincoln Memorial, across the river from Arlington National Cemetery.

"Four score and seven years ago our fathers brought forth on this continent a new nation, conceived in liberty and dedicated to the proposition that all men are created equal. ...It is rather for us to be here dedicated to the great task remaining before us -- that from these honored dead we take increased devotion to that cause for which they gave the last full measure of devotion -- that we here highly resolve that these dead shall not have died in vain, that this nation under God shall have a new birth of freedom, and that government of the people, by the people, for the people shall not perish from the earth."

This Memorial Day, let's give thanks, and increase our devotion, so that our soldiers will not have died in vain.