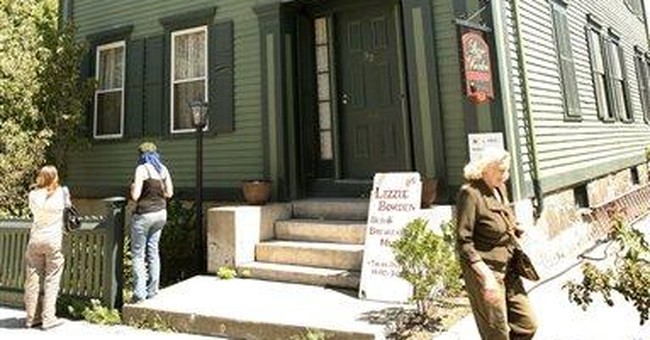 This week in Sunday school, we talked about how character is passed down from parents to children through stories, experiences and practice. Every family has different stories -- the life narratives that describe what they have lived through, where they came from, and how they acted and reacted. These stories and experiences provide a foundation, an understanding of what the family values. This creates their underlying belief system. This understanding then underpins how we act in our daily lives.

In my family, it's my mother's story of completing college in three years, taking extra classes and studying during the summer, so her sister could go to college, too. We're a family that values education.

It's my father's story of losing twice when running for Congress, but running again a third time -- and winning. We're a family that values persistence.

It's my husband's grandfather's story of helping start the Atlanta Botanical Gardens. We value civic involvement.

It's the story of how my husband drove our family through the Teton Pass from Wyoming to Idaho in a 38-foot RV. We're a family that enjoys adventure.

In 2008, then-candidate Barack Obama promised change "we can believe in." Today, his administration's policy of more government -- in health care, the economy, well, in anything -- is trying to change what we believe.

But we are reclaiming our stories and our foundation. This was evident this past weekend at the Restoring Honor event championed by Glenn Beck.

What are our national stories?

Our Pilgrim forefathers fled religious persecution. We believe in freedom of religion. They held the first Thanksgiving and gave thanks to their Creator. We have a tradition of belief in God. We also value hard work -- because without hard work the Pilgrims would have died.

Georgia settlers in the early 1700s were willing to risk everything to move to a new country for a new start. When James Oglethorpe settled on the coast of Georgia, everyone on the ship had a different skill; everyone had to work for the community to survive. We value risk taking and hard work.

Revolutionary leader Patrick Henry understood it was inevitable that we would fight the British for our freedom even as others hoped for a peaceful resolution. His speech in support of a colonists' militia ended with the now famous line, "Give me liberty or give me death." We value freedom of speech and liberty.

Abraham Lincoln fought to keep the union together, then fought to end slavery. We value personal freedom and equality.

Theodore Roosevelt, an asthmatic, sickly child, pushed himself physically to become a rough rider and a champion of the strenuous life. We value overcoming personal obstacles.

General Dwight D. Eisenhower led more than 70,000 American troops who stormed the beaches on D-Day and freed Europe from Nazi rule. We value liberty and freedom.

The Rev. Martin Luther King Jr. championed equal rights. He noted in his speech at the Lincoln Memorial his dream that "my four little children will one day live in a nation where they will not be judged by the color of their skin but by the content of their character." We value personal character more than skin color.

President John F. Kennedy challenged the nation to put a man on the moon. We met that challenge. We value exploration and achievement.

President Ronald Reagan challenged Mikhail Gorbachev to "tear down this wall," based on the belief that freedom, free speech, free elections and free markets would win over a totalitarian regime. We value political and economic freedom.

As a nation, we have a choice: to focus on narratives and stories that tear us apart and reinforce what we do not want, continuing to divide Americans from each other, or recount national stories that reinforce the fundamental values of our country: faith, hard work, religious freedom, liberty, personal freedom, exploration, political freedom, economic freedom, human life and civic involvement.

What will you choose?