More of the Same Will Not Lead to Change 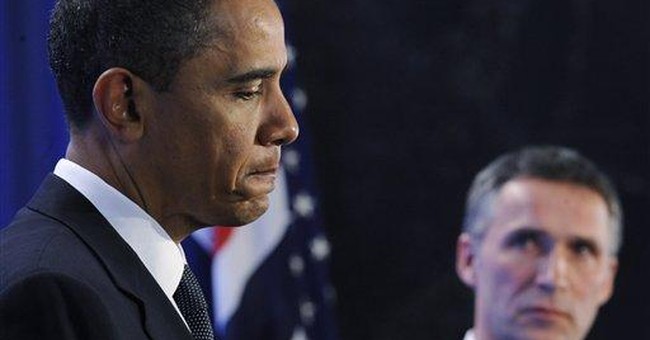 "It's the economy, stupid," was the message that Democratic political strategist James Carville kept repeating to Bill Clinton in the 1992 campaign against then-President George H.W. Bush. It seems that President Barack Obama has finally gotten the message, too, and not a bit too soon.

While the Democrats in Congress have been delivering votes for government health care and Obama has been opining on troop deployment in Afghanistan, everyday Americans have been trying to figure out how to spend less and make ends meet.

Maslow's Hierarchy of Needs is based on the belief that you cannot focus on a higher-level need until the lower need has been met. The levels are as follows: basic needs, safety needs, psychological needs, self-actualization and peak experience. The economic downturn has left many Americans focusing on meeting their basic needs. Until they can be addressed, all other items are beyond their focus and attention.

This past week, a small-business owner mentioned that her business this past quarter was half of what it had been during the same quarter last year. She has been watching the health care debate because she feared that, if it is implemented, the extra cost could put her business into bankruptcy. When I asked her what she wanted from government, she responded, "to leave me alone so I can work."

This past Tuesday, Obama delivered a speech on the economy at the Brookings Institution. He began by laying the groundwork of his understanding of what has led us to where we are today, beginning with a meeting he had during his transition.

"Peter Orszag, my incoming budget director, closed out the proceeding with an entirely dismal report on the fiscal health with growing debts and debt stretching to the horizon," Obama remarked. After painting a picture of the possibility of another Great Depression, Obama continued with his story of how the crisis was handled.

In the "weeks and months that followed, we undertook a series of difficult steps to prevent that outcome; and we were forced to take those steps largely without the help of an opposition party, which unfortunately, after having presided over the decision-making that had led to the crisis, decided to hand it over to others to solve."

Seriously, the Democrats control Congress. They are the party that gets to decide who sits in the room when policy is made and tradeoffs are considered. Anytime they decided to open the door and really trade ideas with the opposition party, it could happen -- but the gap between their political ideologies might be too wide.

Near the end of his speech, Obama again tried to prove his fiscal bona fides, stating: "One of the central goals of this administration is restoring fiscal responsibility, even as we have had to spend our way out of this recession. ... I am still committed to halving the deficit we inherited by the end of my first term."

What he did not mention is that his current 2009-2010 budget, approved by the House of Representatives, begins with a 2008 debt of $5.8 trillion and plans for an $11 trillion dollar debt in 2012. While he might be cutting the deficit in half (after almost tripling it), he is almost doubling the debt of our nation.

This speech was given to a nation exhausted and unimpressed. The presidential approval rating released by Rasmussen Reports Tuesday noted "that 27 percent of the nation's voters strongly approve of the way that Barack Obama is performing his role as president. Thirty-eight percent strongly disapprove."

This is not good for a president.

The good news for Obama is that in the same poll, "47 percent of voters say they at least somewhat approve of the president's performance."

Unfortunately for him, 52 percent disapprove.

While Obama might have read Carville's sign that "It's the economy, stupid," it appears that he does not yet understand that more of the same will not lead to change.