Obama's New Foundation: Change In What We Believe 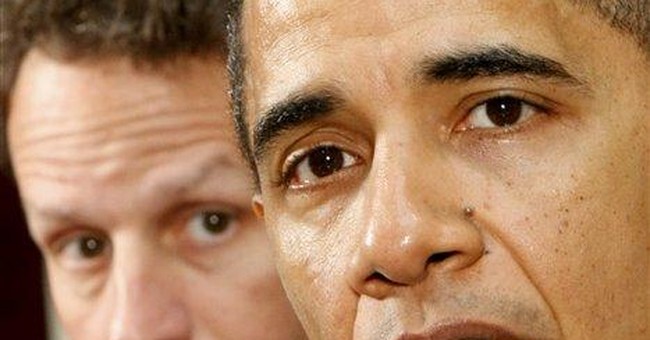 President Barack Obama will celebrate his first 100 days in office on April 29.  He has tackled big issues head-on and continued his campaign of well-delivered speeches and late night TV appearances. Delivering on his promise of getting a first dog for the first children, he has captivated the hearts of dog lovers, while evoking the hope and optimism that marked Camelot.

What’s not to love?  Beautiful, smart wife with incredible arms seen tilling a White House garden in sweater and boots, photogenic children who want to go to their private school when it snows – (who could have - had they been in public school), a president, tall, handsome, cool and collected.

Obama, referred to as “a storybook” by then-Senator Joseph Biden, must realize that Americans like happy endings to their storybooks, especially in times of trouble.  Regardless of what some radio talk-show hosts might say, the culture of America wants individuals to succeed, especially if those individuals are personally appealing, as is Obama.  As one conservative friend told me over dinner, “but they just look so good.”

The question is – what would be the price if the president were to succeed in getting what he wants?

In his op-ed “Yanks in Crisis,” (New York Times, April 23, 2009), David Brooks cites numerous polls and concludes that “the economic crisis has produced a desire for change but not a philosophical shift.”  Brooks says that, “after this crisis is over, they [the American People] still want a return to normalcy, with balanced budgets and a limited state. Americans still want to see power dispersed among a diversity of institutions, not concentrated in the hands of supertechnocrats in Washington.”

While the values of the American people (faith in people, not in government) might give David Brooks comfort, these same views are not being reflected in the proposals of the Obama administration.  Obama has laid out a sweeping agenda that calls for huge changes in how the American economy would operate.

John Judis writes in “Fundamentally Different: That's what American capitalism will be once Obama's done with it,” (The New Republic, April 23, 2009) that the impact of Obama’s policies will be “the balance of economic power away from the private and toward the public sector. The American relationship of state to economy will begin to look more like that of France and Sweden, whose non-crisis budgets total over 45 percent of GDP. And our politics may change accordingly--shifting public opinion on regulation, spending, and taxes well to the left.”

How, you might ask, does this happen, since the American people do not share these values?  The answer – little by little, step by step – like everything else.

Obama’s remarks at Georgetown University on April 14 give insight into how language changes understanding.  “I absolutely agree,” said Obama, “that our long-term deficit is a major problem that we have to fix. But the fact is that this recovery plan represents only a tiny fraction of that long-term deficit.”

The fact is correct but only because the debt more than doubles under his proposed budget, from $10 trillion (actual 2008) to $23 trillion in 2019.  The 130 percent increase in debt is what makes the recovery plan appear to be a “tiny fraction” of the long-term deficit.  But don’t get lost in the words: It’s not that the stimulus is small – but that the projected debt under Obama’s plan is immense.

The question is not only how fast we can help the economy recover, and at what economic cost – but also what would be the cost to our culture?

Bailing out companies, chasing stimulus money, converting government preferred stock into common stock (moving towards social democracy), making perpetrators victims, waiting for government to intervene and fix.  These proposed changes do not reflect the America of opportunity and free enterprise – of hard work and reward.

Many of those Americans who have been financially successful in legitimate ventures are now trying to hide the fruits of their hard work.  What has happened?  In an effort to ease the pain – we have only spread it around.

While economic redistribution might “heal the pocketbook, it does not feed the soul” according to Arthur Brooks, president of the American Enterprise Institute, “Americans are happiest as a nation of makers, not takers.”

It’s not the money that makes us happy, it might help us get by, but it doesn’t make us happy.  We’re happiest when individuals – not institutions -- are helping others, creating value and making a difference.  This happens in a country of opportunity, free enterprise and limited government.

If we are not careful, instead of change we can believe in – we are going to have change, in what we believe.