This Year, Give More Thanks 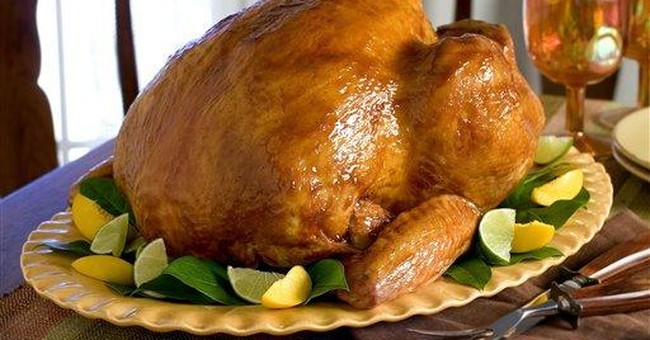 While a few members of my extended family celebrate Thanksgiving as a prelude to the after-Thanksgiving sales, I think of it as the day before the turkey leftovers.  To me there is nothing better than a leftover turkey sandwich with mayonnaise, spicy mustard, icebox lettuce and tomato.

We know the first Thanksgiving story, almost 400 years ago, of the pilgrims and the Indians.  Since then, Thanksgiving has become a day of family gatherings, feasting, and football.

While growing up in Carrollton, Georgia, I looked forward to Thanksgiving weekend when our small town put up its Christmas decorations.  The decorations were placed near the top of the light poles, which seemed to me to reach toward heaven.  I never saw the decorations being set out.  It’s as if they just magically appeared every year.

The decorations appearance marked the transition from giving thanks during Thanksgiving to the slow build up to Christmas.  The colors were red, white and green.  At night, the candy canes and bells lit up and served as a beacon of cheer and festivity.  They seemed to turn my everyday world into a place where magic might happen.  This possibility provided me with optimism.

My father was a college professor and my mother a high school teacher.  While we never lacked for food, the fact that my sister’s hand-me-downs were the foundation of my wardrobe was a reflection of our economic status at the time.  However, what I remember most is not our economic challenges, but our thankfulness for what we did have, and my family’s belief that the future held promise.

Possibly, our thankfulness helped us believe there was a promising future.

This year, with much of the nation besieged by economic trials and troubles, some might feel that there is not as much for which to be thankful.  But as a reader recently shared with me, “out of this pain came new hope.”

A reflection on the meaning and importance of giving thanks as a nation might provide us with perspective.  George Washington’s first presidential proclamation designated the 26th day of November to be set aside for thanksgiving. “It is the duty of all nations to acknowledge the providence of Almighty God and to obey His will, to be grateful for His benefits, and humbly to implore his protection and favor,” he wrote.

President Washington did not ask the citizens to demand more from God or to question why the Revolutionary War lasted eight years, nor to reflect on the damage that occurred during the war.  Instead the duty he described was to be grateful and ask for God’s protection and favor.

In a similar tumultuous time, after the Union victories at Vicksburg and Gettysburg, President Abraham Lincoln declared a day of Thanksgiving.  His proclamation acknowledged “The gracious gifts of the Most High God.” Lincoln invited his fellow citizens to set apart and observe “a day of Thanksgiving and Praise to our beneficent Father who dwelleth in the Heavens.”

During our time of trials, should we not do the same?  Being thankful, even for small things, allows us to be receptive and open.  We are acknowledging that there are good things in life.  When we are upset and demanding, we focus on the bad and shut out the possibilities of good, gifts and hope.

We should remember our duty as noted by President Washington “to acknowledge the providence of Almighty God and to obey His will, to be grateful for His benefits, and humbly to implore his protection and favor.”

By giving thanks for what we have, we will begin to be receptive and open, able to dream of what might be.  This optimism will then give way to action and results.

This year, as you bite into your leftover turkey sandwich, give more thanks.