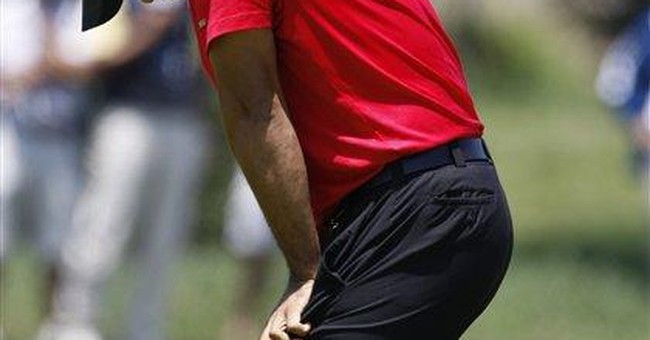 Noise, often thought of as a distraction, might need rethinking. Scientists have recently determined that some organisms create internal noise for the sole purpose of increasing their focus. Possibly, if I recast my view of noise, I too might be able focus better. Who know? Perhaps it will improve my croquet too. But I’m getting ahead of myself.

Laura Spinney’s June 18 article, “Does the brain feature built in noise?” in New Scientist Magazine lays out the theory that our brains create a noise - like a signal that increases our ability to concentrate. Scientists have not determined if this is actual internally generated noise or simply a neural signal,that is used as background activity, but they postulate that either one would result in increased focus.

The idea that noise could increase focus first arose during World War II when a flight crew noticed that their plane’s navigation computers performed better in flight than on the ground. The difference in accuracy was ascribd to the planes’ vibrations. This finding led engineers to incorporate small vibrating motors into their instruments, and was termed “dither” due to the trembling caused by the vibrations.

According to Spinney, scientists have discovered this external dither phenomenon to be present in biology. “Crayfish are better at detecting the subtle fin movements of predatory fish when the water is turbulent rather than still. Humans are better able to recognize a faint image on a screen when a dash of noise is added to it.”

Internal dither may have been found by Gero Miesenböck, a neuroscientist at the University of Oxford. While studying the fruit fly Drosophila, he discovered a circuit in the brain that enhances brain function through the generation of noise.

What does all this have to do with croquet? Well, hold on. You still need a litle background information, if not background noise.

Dither is the result of stochastic resonance, a phenomenon of noise increasing the detectability of a faint signal. Stochastic resonance applies specifically to non-linear systems (output is not proportional to the input). Neurons, firing only when the electrical potential across their membranes reaches a critical threshold, are a good example of a non-linear system. In such a system, a weak input that fails to reach the threshold can be lifted above the threshold by the injection of noise.

Normally, stochastic resonance performs optimally with intermediate noise. Too little noise does not reach the threshold, too much noise swamps the signal. The noise:benefit relationship is represented as an inverted U.

OK, now we can move towards how this might apply in our lives.

Tiger Woods’ legendary focus was the theme of David Brooks’ June 17 column, “the Frozen Gaze,” about the recent U.S. Open contest between Woods and Rocco Mediate. Brooks noted that “Mediate’s head swiveled about ...Somebody would catch his attention, and his eyes would dart over and he’d wave or make a crack. Tiger Wood’s gaze, on the other hand, remained fixed on the ground, a few feet ahead of his steps. He was, as always, locked in, focused and self-contained.”

That ability to focus is not innate. Wood’s father, Earl,used to drop his golf bag while his son was swinging to toughen Tiger’s mind. It apparently worked. The golfer is famously self-controlled. “His press conferences are a string of carefully modulated banalities. His lifestyle is meticulously tidy. His style of play is actuarial. He calculates odds and avoids unnecessary risks like the accounting major he once planned on being.” notes Brooks. “‘I am, by nature, a control freak,’ he once told John Garrity of Sports Illustrated, as Garrity resisted the temptation to reply, ‘You think?’”

“This level of focus and performance is the difference between Woods and the rest of us mortals” notes David Brooks while lamenting his own ability to ignore everyday distractions while writing. “Woods seems able to mute the chatter that normal people have in their heads and build a tunnel of focused attention.”

Possibly Woods has been able to harness higher levels of dither than the rest of us, resulting in his greater focus than that of the average person. This weekend, after donning my whites to play croquet in my backyard with friends, I plan to add a little noise – some extraneous vibrations – to the mix. Who knows? It could prove to be just the advantage I need.