Ira Mehlman
|
Posted: Jan 08, 2016 12:01 AM
Share   Tweet
The opinions expressed by columnists are their own and do not necessarily represent the views of Townhall.com. 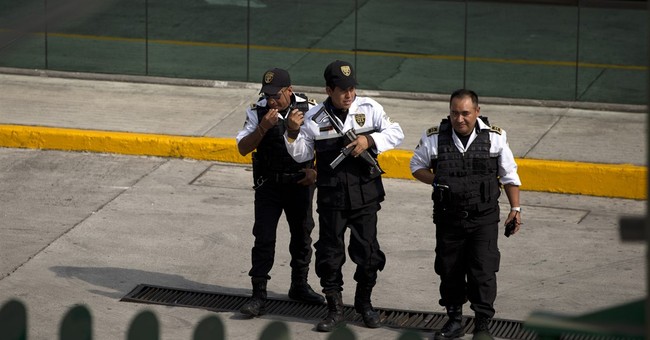 Over the past several weeks, the Immigration and Customs Enforcement (ICE) agency carried out enforcement actions against Central American illegal aliens in three states who have been issued final orders of deportation. These illegal aliens were mostly families who arrived in the United States as part of the great surge of Central American migrants that has seen hundreds of thousands arrive here since 2012.

After years of fighting to remain here, they had finally exhausted all the legal remedies available to them. All 121 of them, or about .001 percent of those who crashed our borders since President Obama sent the signal in 2012 that arriving here as a minor, or with children in tow, amounted to a free pass into the United States.

From the hue and cry that erupted from the vast network of immigrant rights groups, one might get the impression that what happened was the most egregious violation of human rights in this country since the Trail of Tears. “Shocking, immoral and short-sighted,” was the reaction from Define American, an organization headed by the self-outed illegal alien (and accused tax cheat), Jose Antonio Vargas. “Inhumane,” was the response from another illegal alien advocacy group, the Fair Immigration Reform Movement.

The timing of the ICE action – it was leaked to the Washington Post on Christmas Eve to maximize the Grinch effect – and the overheated response from the very people who have helped formulate the Obama administration’s immigration policies over the past seven years, was likely planned and rehearsed in advance. The whole kabuki dance seems designed to deflect attention away from the anemic immigration enforcement data released by ICE on Dec. 22, growing criticism of the administration’s inaction in the face of a renewed surge of Central American migrants, and its plans to increase admissions of otherwise inadmissible Central Americans through executive action.

The FY 2015 deportation and removal numbers (not coincidentally released during a week when they would least likely attract much attention) indicate that the administration has pretty much abandoned any pretense of enforcing immigration laws. Last year, ICE removed or returned just 235,413 illegal aliens (out of a conservatively estimated population of 12 million). Moreover, only 69,478, or 30 percent, were removed from the interior of the country. The rest were people the Border Patrol apprehended at or near the border and turned over to ICE to pad their deportation numbers.

Instead of attention to their abysmal immigration enforcement performance, the administration has succeeded in getting the media to focus on the “plight” of 121 illegal aliens who have had their day in court – many days in court, in fact – to make their case for why they should remain here, and whose claims have been determined to lack merit.

This is not an unfamiliar script. Rather, it is a tested method for the illegal alien advocacy network to provide cover for the president who routinely has them over to the Whited House to discuss strategy. Over the past seven years we have seen the Obama administration pretend to enforce our immigration laws (because not doing so is extremely unpopular with most voters), while advocacy groups pretend to be mad at him. This allows him to claim that he is being tough on illegal immigration, even while he assures the activist base that it is all a ruse.

True to form, Homeland Security Secretary Jeh Johnson paid lip service to enforcement in a post-New Year’s press release designed to inoculate the administration against blowback for its plans to bring Central American migrants here, rather than have them crash the border. “[I]f you come here illegally, we will send you back consistent with our laws and values,” (all 121 of you) Johnson vowed. At the same time, he noted that the administration is “accelerating the development of new mechanisms to process and screen Central American refugees in the region, about which we hope to make a more formal announcement soon.”

Thus, for all the fuss and hand-wringing over the .001 percent who are being sent home, it seems they are little more than expendable pawns in the administration’s efforts to convince the American public that they take immigration enforcement seriously when, in reality, the opposite is true.