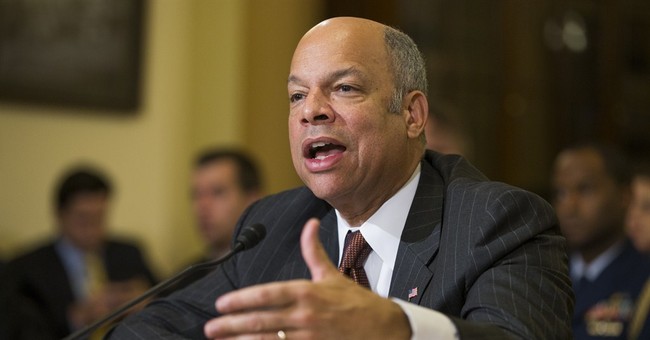 Five million is the widely reported estimate of the number of illegal aliens who will benefit from President Obama’s executive amnesty policy announced on November 20. These 5 million illegal aliens will be eligible for temporary legal status and work authorization if Congress does not act to prevent the administration from implementing its plan.

Five million is a big number that will have an enormous impact on our labor markets, social safety net programs, and vital social institutions. But it does not begin to tell the full scope of the sweeping amnesty program about to be carried out by executive fiat. In addition to the 5 million who will be permitted to live and work here legally, the president’s program will shield nearly all of the estimated 12 million illegal aliens from removal.

As the president was very publicly announcing his amnesty program in a nationally televised address from the White House, the Department of Homeland Security (DHS) quietly issued a short memo explaining the “key facts” of this executive action. That document, which has so far managed to escape close scrutiny by Congress or the media, answers the question of what will happen to the millions of illegal aliens who are not granted deferred action under the president’s program.

In a word, the answer is nothing. The DHS memo makes it clear that virtually all illegal aliens will be protected from having immigration laws enforced against them. “Under this revised policy, those who entered illegally prior to January 1, 2014, who never disobeyed a prior order of removal, and were never convicted of a serious offense, will not be priorities for removal,” states the DHS memo.

In truth, under this administration, illegal aliens without criminal records living in the interior of the country haven’t been priorities for removal for some time. Only about 15,000 such illegal aliens were deported last year. Previously, the administration’s informal priority policy had defined recent arrivals as those living here less than three years. Under the DHS memo, recent arrivals are limited to those here less than one year, and the department’s hands-off policy is now stated in writing.

According to the union representing Immigration and Customs Enforcement (ICE) personnel, more than 90 percent of criminal aliens are first encountered by ICE after they have been arrested by local police on criminal charges. The Secure Communities program, which cross-checks fingerprints against ICE’s database, has been an effective tool in bringing these deportable criminals to the attention of agency.

However, not even Secure Communities is being spared from the president’s assault on immigration enforcement. A November 20th memo signed by Sec. Jeh Johnson tersely informs DHS personnel that “The Secure Communities program, as we know it, will be discontinued.”

In its place, DHS will implement the Priority Enforcement Program (PEP) which will be used to identify for removal aliens who have “been convicted” of a short list of serious or violent felonies. Johnson goes on to clarify that “unless the alien poses a demonstrable risk to national security, enforcement actions through the new program will only be taken against aliens who are convicted of specifically enumerated crimes.” (Note that in a criminal justice system that relies heavily on plea bargains, not having been convicted of one of these specifically enumerated crimes does not necessarily mean the individual has not committed one of these offenses.)

The president’s executive action amounts to something far worse than mere amnesty for 5 million illegal aliens – which Congress can and must defund. The policies announced by the administration amount to a dangerous and lawless discontinuation of nearly all immigration enforcement. When one tallies all of the people who will be exempted from enforcement of immigration laws under the president’s actions there is almost nobody left to deport. In short, virtually every illegal alien in the United States – many criminals included – is protected by the Obama amnesty.

The unmistakable message being sent by this administration to people around the world is that immigration enforcement, as we know it, will be discontinued.