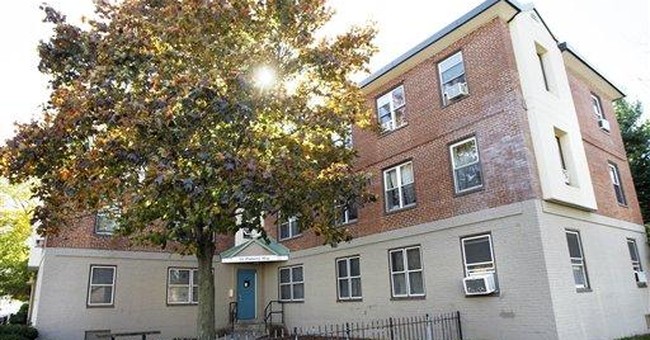 Earlier this month Congress and President Bush committed $700 billion of our children’s and grandchildren’s money in a desperate effort to stave off a financial meltdown. Judging from the reaction of the markets, that sum may only be a small down payment on the real cost of decades of criminally irresponsible policies promulgated in Washington and on Wall Street.

Even from our vantage point in the midst of an unfolding catastrophe, its causes are easily identifiable: Greed and reckless expediency on Wall Street and greed and reckless irresponsibility in Washington. On Wall Street, the masters of this nation’s financial system enriched themselves by dreaming up ever more complex schemes to buy and sell debt, knowing all the while that the sustainability of these schemes depended on perpetually rising real estate values. In Washington, the people who were supposed to be the public’s watchdogs were greedily feeding at corporate troughs and, in many cases, pressuring financial markets to act even more irresponsibly to satisfy certain constituencies.

At the intersection of Greed and Recklessness & Greed and Recklessness stands U.S. immigration policy. Immigrants are not to blame for the nation’s economic crisis, but immigration policy as it has been implemented (or ignored) over the past several decades is both emblematic of and a major contributing factor to the circumstances that landed our nation in the current mess.

Immigration policies have flooded the American labor market with tens of millions of workers we neither need, nor could really afford. The net effect of decades of mass immigration was a heavily subsidized labor force that was sustainable only as long as the industries that employed them could pass the costs off to the public sector, and government could get away with borrowing vast sums of money.

As the number of immigrants grew, they, and self-anointed ethnic advocacy networks, became a political force to be reckoned with. Under extreme pressure from groups like the National Council of La Raza to increase minority home “ownership,” politicians from both parties leaned on the financial industry to make irresponsible mortgage loans, even if it meant waiving sound lending practices.

Given the mess we’re in, continued mass immigration and a massive amnesty for current illegal aliens (which both Barack Obama and John McCain support) are special interest perks that this nation can no longer afford.

An illegal alien amnesty must be taken off the table.

The bad economy coupled with a belated enforcement effort by the Bush Administration have resulted in modest declines in the number of illegal aliens, but there are still in excess of 11 million living here. The economic and social costs of implementing any sort of legalization program – staggering under the best of circumstances – would be unsustainable in light of current realities.

While it’s true that millions of people who would be eligible for amnesty are already in the labor market, the impact is concentrated in a few sectors. Amnesty would instantly affect the entire labor market, as millions of newly legalized workers would be able to compete for jobs even in sectors that had previously refrained from hiring them because of their immigration status.

The federal bureaucracy could not manage an amnesty.

A massive bureaucracy would be required to administer an amnesty program. The cost and manpower necessary to process millions of applications, screen out fraud, and carry out meaningful background checks, would likely costs tens of billions of dollars. In fact, symptomatic of the culture of irresponsibility that has gripped Washington, no amnesty proponent has ever bothered to even estimate the costs.

State and local governments are even less able to manage the costs of amnesty.

Most of the costs for an illegal alien amnesty would be borne by cash-strapped state and local governments. At a time when revenues are way down as a result of declining real estate values and rising unemployment, and social costs are rising because more people are using benefits and services, amnesty could bankrupt many states and localities. Nobody knows how many (because nobody has bothered to ask), but amnesty would inevitably result in millions of new kids crowding into public schools and millions of new medically uninsured relying on public health care. Because of the educational level and job skills of most illegal aliens, they would remain heavily subsidized even after they are brought “out of the shadows.”

Insanely, even as our economy has been shedding jobs at an alarming rate (some 750,000 so far this year), not only isn’t Washington adjusting legally mandated immigration downward, they are pushing for increases. Even as the economy was collapsing around them, the House Immigration Subcommittee approved a measure to “recapture” some 570,000 unissued green cards going back to 1992, while in the Senate Robert Menendez (D-N.J.) single-handedly prevented reauthorization of the E-Verify system in order to force the issuance of these new green cards. Instead of adding 570,000 new immigrants – on top of the million or so we are already admitting legally – at a time when our economy and labor market are contracting, the numbers should be reduced to reflect the harsh new economic realities.

The common denominator among all the factors that have led to this national (and probably global) crisis is the complete abandonment by financial institutions and the government of any sense that they have any responsibility beyond the next quarter’s profit sheet or the next election. Immigration is a prime example to the sort of self-interested policies that helped create the current situation, and which must be changed if we are ever to find our way out of this morass.

Abbott and O’Rourke Clash in First and Only Debate
Townhall
Another Ron Klain boast (an attempted dunk on Trump) is aging like fine milk in the summer sun
Twitchy
WATCH: Jill Biden Shoves Joe off the Stage as Reporters Shout Questions
Redstate
Joe Biden’s Pettiness Just Got so Much Worse
PJ Media