Radical Ties and Hate Speech in the Immigration Debate 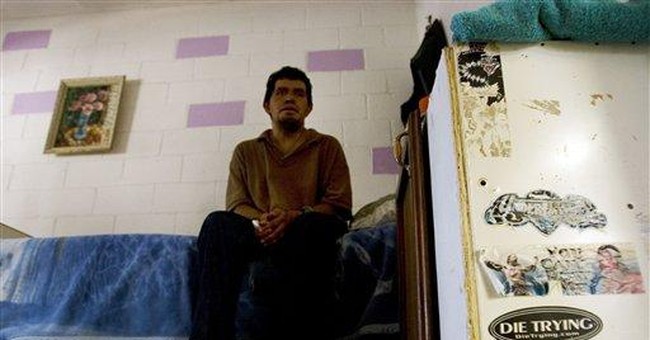 Ever since the defeat of a bill in the Senate last year that would have granted amnesty to millions of illegal aliens, there have been repeated accusations that some of the principal players in the debate have received money from dubious sources, have ties to shady political figures, and deliberately use intemperate language to whip up fears and play on prejudices.

It turns out that these accusations are all true…but it is not the groups and political figures who oppose amnesty who are guilty. Rather, some of the leading organizations and politicians promoting mass amnesty for illegal aliens have been engaging in all of these practices.

Among the network of organizations that have not only been promoting amnesty for illegal aliens, but actively working to thwart enforcement of U.S. immigration laws, few have been as effective as CASA de Maryland. CASA not only lobbies on behalf of complete amnesty for immigration law violators, it operates day labor hiring centers around Maryland specifically geared toward helping illegal aliens find jobs that federal law prohibits them from holding. The group has published and distributed material advising people not to cooperate with law enforcement officials if questioned about their immigration status.

In spite of its rather radical agenda, CASA has actively sought – and achieved – the mantle of mainstream respectability. Among the group’s board of directors is a member of the Maryland House of Delegates, and CASA has received millions of dollars in public support. According to Kim Propeack, a spokeswoman for CASA, 45 percent of the organization’s $6.3 million 2009 budget is expected to come from state and county governments.

While continuing to benefit from huge amounts of money from state, county and city governments in Maryland, CASA has become the darling of one of America’s most bitter adversaries. Early this month, CASA de Maryland, received a $1.5 million grant from Hugo Chavez, the avowedly anti-American president of Venezuela. Last year, CASA’s executive director Gustavo Torres, at the invitation of Chavez’s government, visited Venezuela to lecture on “youth leadership.”

Chavez has been using Venezuela’s oil wealth to spread his unique brand of revolution and hatred of the United States throughout the world, and the money he is spending in Maryland is likely to come with political strings attached. “He [Chavez] is committed to creating this constituency in the United States,” says Michael Shifter, vice president for policy at the Inter-American Dialogue.

While Hugo Chavez was dropping large sums of cash into the illegal alien amnesty effort, at least one of the allegedly mainstream political figures promoting the cause was doing his part for the cause by dropping rhetorical bombs. Representative Luis Gutierrez (D-Ill.) explicitly compared U.S. enforcement of its immigration laws to the policies of Nazi Germany, and U.S. law enforcement to the Gestapo. Commenting on recent stepped-up raids by the Immigration and Customs Enforcement (ICE) agency (a division of the Department of Homeland Security), Congressman Gutierrez asked rhetorically, “You know who is in charge now? The Gestapo agents at Homeland Security. They are in charge.”

Gutierrez, along with much of the pro-amnesty lobby, has been on a crusade to muzzle critics of illegal immigration. They routinely claim that any criticism of illegal immigration, any intimation that illegal aliens create problems or burdens for American society, stigmatizes all Hispanics in the United States (deliberately blurring the distinction between people of a certain ethnic group and immigration law-breakers) and, in their estimation, exacerbates social tensions if not outright hatred.

The Congressional Hispanic Caucus, of which Gutierrez is a prominent member, went so far as to urge media self-censorship on the issue of immigration. Earlier this year, 20 members of the caucus signed a letter to the top brass at Time-Warner, the parent company of CNN, urging them to silence some of their own journalists. (Their pleas were ignored.) Other pro-amnesty activist groups have orchestrated a campaign to have nearly all of the leading immigration enforcement spokespeople banned from the airwaves and the mainstream print media under the pretext that they use “code words” to promote hatred and intolerance.

While one would require a Rosetta stone to ferret out to the “codes” allegedly being transmitted by those supporting enforcement of U.S. immigration laws, comparisons between ICE and the Gestapo do not require anyone to read between the lines. The vile description of ICE – by a member of the U.S. House of Representatives – is clearly designed to evoke fear and hatred, delegitimize the immigration policies of the United States, and promote resistance to U.S. immigration enforcement officers.

Clearly association with unsavory characters, dubious financing, and intemperate language have been injected into the national debate about immigration policy. In an effort to promote their policies, some of those in favor of amnesty and open borders are consorting with and accepting money from avowed enemies of the United States and poisoning the debate by employing the most reprehensible language imaginable.