Ilana Mercer
|
Posted: Jan 11, 2019 9:22 AM
Share   Tweet
The opinions expressed by columnists are their own and do not necessarily represent the views of Townhall.com. 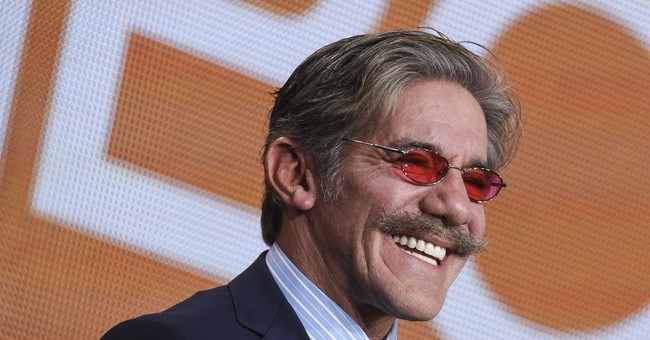 THE topic: American lives snuffed out by illegal aliens.

The Rivera “argument”: That some criminal aliens kill is incidental and immaterial to their status as uninvited, unvetted interlopers.

Here are some of the stories Geraldo dismisses as anecdotes sensationalized:

The latest in a string of bereaved parents to appear on TV are the parents of young Pierce Corcoran, 22, killed by Franco Cambrany Francisco-Eduardo (44), recipient of the U.S. Professional Drunk-Driver Immigration Visa. And in 2012, a man named Ramon Hernandez took the tiniest of victims. Dimitri Smith, of blessed memory, was killed in-utero by this recipient of the same visa. The deceased preemie was shown on CNN, in 2012, being held for the last time by young mother Aileen Smith, before being laid to rest.

“In the last two years,” said a solemn President Trump, in his Jan. 8 address from the Oval Office, “ICE officers made 266,000 arrests of aliens with criminal records including those charged or convicted of 100,000 assaults, 30,000 sex crimes, and 4,000 violent killings. Over the years, thousands of Americans have been brutally killed by those who illegally entered our country and thousands more lives will be lost if we don’t act right now.”

It seems crystal clear that, were it not for Geraldo’s plucky, uninvited visitors—more American than a lot of Americans, sneered Comrade Ocasio-Cortez—there would likely be 100,000 fewer assaults in America, 30,000 fewer sex crimes in America, and 4,000 fewer murders in America.

It seems perfectly clear that young Pierce Corcoran would be alive, if not for a bad hombre who had no business being in the country.

Clear to you and me, but not to “brother” Rivera (Mr. Hannity’s appellation for Geraldo).

With the same logical illiteracy, Mr. Rivera proceeded to make his “case”:

"I would feel equally pained,” he roared, “were the killer Irish, Italian, Puerto Rican or Jewish, young or old.”

Could a killer illegal alien be “Irish, Italian, Puerto Ricans or Jewish, old or young”? Certainly. But these categories are irrelevant and superfluous to the central point. Rivera is mixing it up; mixing logical categories to the point of moral incoherence.

This studied stupidity led, in short succession, to the next point: American lives lost and recounted “sensationally” on television were “anecdotes.”

To be charitable, Geraldo here is following his own breaking-eggs-for-omelets argument—and it is that, since the murderers are statistical outliers, the murders they commit are the exception to the rule in what is an exceptional immigrant community.

The logic doesn’t add up, but the numbers of the dead do—each life lost is precious. Each loss comes with a world of hurt that never heals.

Death by illegal alien is not about group crime aggregates, as Geraldo contends. (In particular, his contention that illegal aliens commit fewer crimes than native-born Americans, therefore, let them come.)

Wrong. Death by illegal alien is about this life-cherishing, immutable logic:

If alien X HAD BEEN REMOVED from the U.S., as the law dictates, innocent American Y WOULD BE ALIVE TODAY.

What Geraldo continues to claim is that the value of the community from which alien X hails cancels out the value of the life of Y, an innocent, American individual. The same goes for the 4000 lives lost and counted by the president.

My guess? If the individuals snuffed out by illegal aliens belonged to Geraldo Rivera, Mr. Rivera would lose his callous calculus.

The argument made by open-immigration fundamentalists, left and establishment right—from Tamar Jacoby to Geraldo Rivera—is that the illegality of the perp is irrelevant to the crime.

These advocates have routinely dismissed as redundant to the facts of the case the illegal status of "Carlos Martinelly-Montano, 23, whose Aug. 1 collision, in 2011, in Prince William, seriously injured two Benedictine nuns and killed a third, Sister Denise Mosier, 66, all of Richmond."

Again: For this kind of conceit to fly, open-border fetishists would have to show that had Bob Clark’s killer (whose identity is still zealously guarded by media) been deported or jailed, his victims would have nevertheless suffered the same fate at the hands of another drunk driver (murderer, child molester, etc.)—a truly fanciful idea.

In case you don’t know, Bob Clark directed one of the most delightful, and most American, films ever made, “A Christmas Story.” He and his 22-year-old son would probably be alive today if not for a drunk, unlicensed, illegal alien careening down Pacific Coast Highway

As to Geraldo. He has been assaulting sensibilities for over a decade on the same Fox News shows, having modified his “argument” only slightly over time.

"It's not an illegal alien story; it's a drunk driving story," he once asserted on "The Factor," following the slaying of an innocent American in an oh-so familiar way.

Then as now, Geraldo was serious, although, then as now, he should not be taken seriously.