John Bolton Honors the Bay of Pigs Freedom-Fighters, Who Obama Apologized For

Humberto Fontova
|
Posted: Apr 20, 2019 12:01 AM
Share   Tweet
The opinions expressed by columnists are their own and do not necessarily represent the views of Townhall.com. 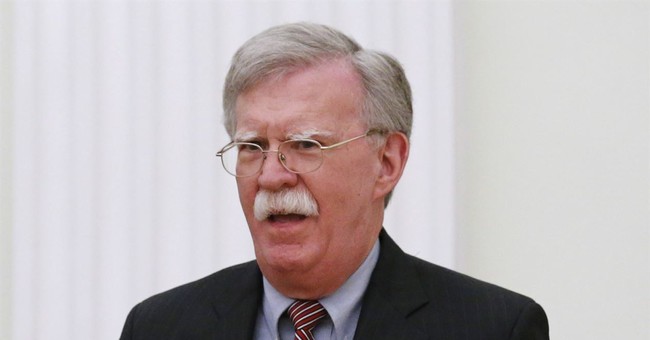 “It is an honor to address you all (The Bay of Pigs Veterans Association) today. I am delighted to be here in Miami among such brave and distinguished company. Our nation and this region are forever in debt to you." (John Bolton, April 17, 2019, the 58th Anniversary Of the Bay of Pigs freedom-fight.)

“I’m grateful that President Ortega did not blame me for things (the Bay of Pigs freedom-fight) that happened when I was three months old…We are not dug into policies that were formulated before I was born.” (An abject President Obama groveling to Communist/drug-trafficking/ terror-sponsors Daniel Ortega, Hugo Chavez and Raul Castro at the Summit of the Americas in 2009 during his famous “apology tour.”)

But one craven, sniveling apology to the terror-sponsoring mass-murderers whose lifelong craving was to nuke his country wasn’t enough for President Obama. Hence:

“The Bay of Pigs took place the year that I was born. I know the history, but I refuse to be trapped by it…I have come here to bury the last remnant of the Cold War in the Americas.” (A groveling President Obama again apologizing to Raul Castro, this time in April 2016 in Havana, after releasing Castro’s convicted spies and meekly succumbing to Castro’s every demand.)

“Each of you witnessed the horrors of socialism and communism. Today, we honor the 58th Anniversary of your extraordinary valor and sacrifice…The United States will never forget the sacrifices you and your brothers in arms made on those hallowed beaches (Bay of Pigs) nearly six decades ago.”

“Aww, come ON, Humberto!” retort some amigos. “Isn’t Bolton’s speech the typical BS all politicians spew at such luncheons?”

Well, let’s have a look at the actual Bay of Pigs battle. I report, you decide:

But in those earlier battles Lynch, Hawkins and their band of brothers counted on the support of their Commander in Chief. At the Bay of Pigs, Grayston Lynch (an American) and his band of brothers (Cubans) learned — first in speechless shock and finally in burning rage — that their most powerful enemies were not Castro’s Soviet-armed and led soldiers massing in nearby Santa Clara, but the Ivy League’s best and brightest dithering in Washington.

In 1961 newsreels could have captured such scenes without crossing oceans. When those Cuban freedom-fighters hit the beach at the Bay of Pigs, one of every 18 Cubans suffered in Castro's Gulag. Mass graves dotted the Cuban countryside, piled with hundreds who’d crumpled in front of Castro and Che Guevara’s firing squads. Most of the invaders had loved-ones among the above. Modern history records few soldiers with the burning morale of the Bay of Pigs freedom-fighters.

From the lethal fury of the attack and the horrendous casualties their troops and militia were taking, the Castro brothers and Che Guevara assumed they faced at least “20,000 invading mercenaries,” as they called them. Yet it was a band of mostly civilian volunteers their Soviet-armed-and-led troops outnumbered 20-to-1.

That’s when Castro’s Soviet Howitzers opened up huge 122 mm ones, four batteries’ worth. They pounded 2,000 rounds into the freedom-fighters over a four-hour period.

The freedom-fighters inevitably forced a retreat. Castro’s jets and Sea Furies were roaming overhead at will and tens of thousands of his Soviet-led and armed troops and armor were closing in. The Castro planes now concentrated on strafing the helpless, ammo-less freedom-fighters.

“We shall pay any price, bear any burden, meet any hardship, support any friend, oppose any foe, in order to assure the survival and the success of liberty!” proclaimed Lynch and Hawkins' commander-in-chief just three months earlier.