Humberto Fontova
|
Posted: Sep 15, 2018 12:01 AM
Share   Tweet
The opinions expressed by columnists are their own and do not necessarily represent the views of Townhall.com. 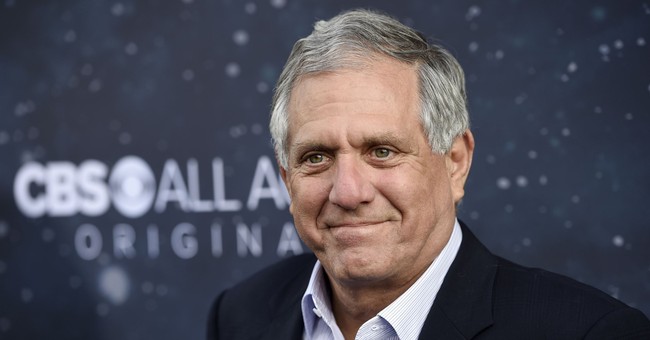 “Talk about a power lunch: Cuba leader Fidel Castro broke bread last week with a group of Hollywood titans, including CBS Television CEO Leslie Moonves, and MTV Networks chief Tom Freston…The execs flew to Havana, toured the city and sat down for a 4-1/2-hour lunch with Castro. One exec familiar with the trip said the travelers found Castro “fascinating and charismatic." (Variety, Feb, 2001.)

Just so I’m clear: The Stalinist dictator who jailed, tortured, murdered or exiled every (genuine) reporter in Cuba and outlawed a free press under penalty of prison and firing squad “fascinated!” U.S. press mogul Les Moonves.

Just so I’m clear: The Stalinist dictator who criminalized rock music under penalty of forced-labor camp and torture chamber, who jailed and tortured the most gay, black and female political prisoners in the modern history of the Western hemisphere—this mass-torturer/murderer “fascinated!” the head of MTV.

In fact, the Castro brothers and Che Guevara often outdid their Soviet patrons in outlawing and punishing typical MTV behavior. While the Rolling Stones were performing for a huge crowd of Polish kids in Warsaw in 1967, for instance, Cuban kids were being herded into forced labor camps with billy clubs and bayonets for the crime of (clandestinely) listening to the Rolling Stones, or growing long hair, or wearing blue jeans.

“Youth must refrain from ungrateful questioning of governmental mandates!” commanded Fidel’s Stalinist sidekick Che Guevara. “Instead, they must dedicate themselves to study, work, and military service.” “Youth,” wrote Guevara, “should learn to think and act as a mass!”

“In a famous speech, Che Guevara even vowed “to make individualism disappear from Cuba! It is criminal to think of individuals!”

“What?!” you say. Young people “destroying images of Che Guevara?!" But how could such a thing be?!

Easy. Unlike Bernie Sanders campaign volunteers, George Soros hirelings, MTV and CBS executives or Colin Kaepernick, Cuban youths were forced by fate to actually live under Che Guevara’s handiwork. The impulse to destroy his image then becomes irresistible, believe me.

Moving on now….. “Why the executives (Moonves, Freston, etc.) went to Havana is not clear. But if a report in the New York Post on Feb. 15 is to be believed, they flew to Cuba in a private jet, stayed four days and had a blast…None of us had ever been to Cuba before,” one member of the group told the Post. “We went to the beach. We went to a lot of jazz clubs. And we drank a lot of white rum. . . . Cuba is the most romantic, soulful and sexy country I’ve ever been to in my life.”

In light of the recent accusations against Les Moonves as a sexual predator, perhaps a few words might be in order regarding the major attraction of Castroite Cuba to unscrupulous and wealthy white male tourists:

“Since she (a Cuban woman or girl) is usually desperate, he (a sex tourist) can usually secure sexual access to her very cheaply,” wrote Dr. Julia O’Connell Davidson of Britain’s Univ. of Nottingham in her study titled “The Rights and Wrongs of Prostitution." “Sex tourists state that it costs them less to spend two weeks indulging themselves in Cuba than it does in other centers of sex tourism such as Thailand. This is partly because competition between so many Cuban women lowers the price. A Cuban woman can often be beaten down $2-$4. Girls aged 14-15 are even more desperate for dollars and therefore more vulnerable.” (Dr. O’Connell’s study was published in 1996—and since then things have only gotten worse for Cuban women--and better for sexual predators.)

More appalling still, this desperation and degradation in a nation that pre-Castro had a higher standard of living than much of Europe—in fact, in one that took in more European immigrants per-capita than did the U.S. In fact, 1958 pre-communist Cuba had more female college graduates per-capita than the United States.

For many folks who grew up in pre-Castro Cuba an amateur film by Canadian Andrew Lindy titled “The Cuba Prostitution Documentary” proved more heart-breaking than anything they’d seen on their homeland to that date. Lindy, by the way, is a Canadian and winner of the Canadian National Magazine Award—hence no “Cuba exile with an axe to grind!”

“Prostitution is rampant,” he narrates upon his visit to Cuba as a tourist in 2011. Indeed, during his entire stay Lindy was hard-pressed to find a single Cuban woman or girl who wouldn’t offer sex for pay, of some sort. And half the males he encountered were at least part-time pimps.

Oh, I know…I know. That pre-Castro Cuba was “Bordello to the Americas!’ is a Fake News/Fake History mantra. So check this out:

In 1961 the Castroites rounded up what they determined were all the prostitutes in Cuba and herded them into re-education camps to learn more seemly professions--Milicianas, for instance. The total number of women rounded up in this “brothel of the Americas!” as the Fake News/Hollywood mantra has claimed for over half a century was about 14,000, (out of a Cuba population of 6.7 million at the time.

But a study by the American Journal of Nursing estimates 50,000 prostitutes New York City alone.

Indeed, the blatant fakeness of the KGB-concocted propaganda meme about pre-Castro Cuba as a “big brothel” was exposed and demolished years ago--(and with thorough documentation.)