Black Democrats Boycott Trump's SOTU Over His 'Racism, Sexism and Bigotry,' But Swoon Over Racist/Mass-murdering Stalinists!

Humberto Fontova
|
Posted: Feb 03, 2018 12:01 AM
Share   Tweet
The opinions expressed by columnists are their own and do not necessarily represent the views of Townhall.com. 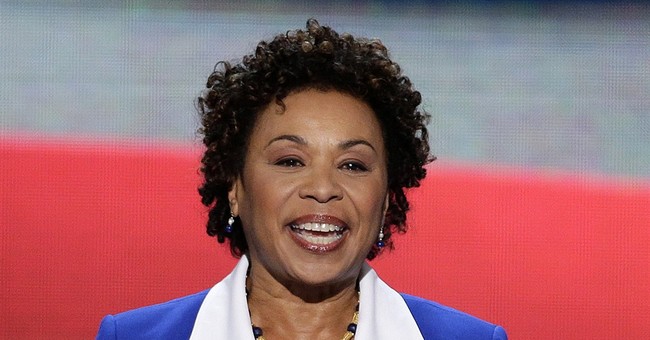 Perhaps the word “swoon” in the headline strikes some of my amigos as unnecessarily hyperbolic?—as typical “click-bait?”

“On January 20th, I will not be celebrating or honoring an incoming president who rode racism, sexism, xenophobia and bigotry to the White House."

Now here’s Lee upon “copping a backstage pass” (so to speak) upon one of her frequent red-carpet visits to Cuba to “meet and greet” the jailer and torturer of the most and longest suffering black, women and gay (remember Rep. Lee’s indignation involves "racism, sexism and bigotry”) political prisoners in the modern history of the Western Hemisphere:

“It was quite a moment to behold!...Fidel Castro was very engaging and very energetic!” (A hyperventilating Lee in Havana, Cuba, April 2009.)

Now here’s indignant Trump SOTU boycotter Bobby Rush (D-IL) barely controlling himself but managing to express his indignation: "This is a presidency that has been built on racism, stupidity, and lies, which has already wasted enough of America's time and I will not waste anymore of mine."

Rush is also among the lucky and thrilled Congressional Black Caucus members who get the red-carpet treatment in Apartheid Cuba. Here’s his reaction upon meeting the racist terror-sponsoring Stalinists who craved to nuke his nation:

“Raul Castro was a very engaging, down-to-earth and kind man, someone who I would favor as a neighbor….In my household I told Castro he is known as the ultimate survivor…It was almost like visiting an old friend."

A Freudian slip, perhaps? Rush, after all, was a card-carrying Black Panther who did prison time. The Castro regime always backed the Black Panthers morally and materially and many of them visited Cuba.

“I cannot give this man (President Donald Trump), who does not respect me, the respect to be in that (SOTU) audience. I will not be there!” (explained an indignant Rep. Gregory Meeks D-NY.)

But Meeks showed much more than mere respect (more like delight) while hob-nobbing with the current dictator of the regime that jailed and tortured the most and longest suffering black political prisoners in the modern history of the Western Hemisphere.

Well, a picture is worth a thousand words, as they say. So here’s several pictures. Please study the faces on these Black SOTU boycotters while in Cuba and suggest a better term for their reaction when meeting the mass-murdering racist dictators who craved to destroy their nation.

Not that these black lawmakers are unique in their Castro-swooning! Not by a long shot! Many members of the Fake News Media fully match—if not surpass—their propensity to swoon in front of the mass-murderers, as dramatically documented in these pictures and gifs.

Answer: when his tortures were inflicted by the Left’s premier pin-up boys, that’s when.

Three years ago while Antunez suffered in Castro’s prisons his sister (today living in the U.S.) declared: "The Cuban government tries to fool the world with siren songs depicting racial equality in our country. But it is all a farce, as I and my family can attest, having suffered from the systematic racism directed at us by Castro's regime. My brother suffers the scourge of racial hatred every day. The beatings are always accompanied by racial epithets. They set dogs on him. They deny him medical attention. They kept him from attending his mother's funeral. The only thing I have to thank the Cuban revolution for," she quoted her brother, "is for restoring the yoke of slavery that my ancestors lived under."