Paris And Conan Do Havana 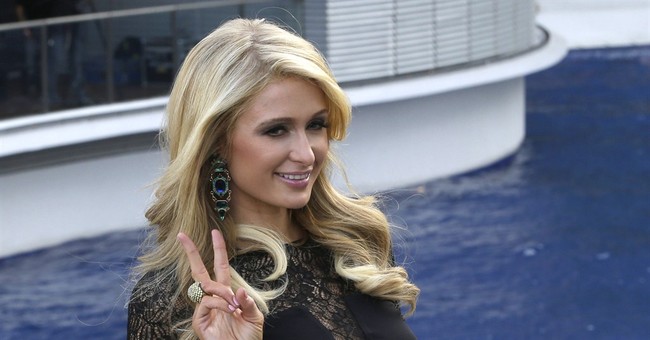 Along with an estimated 637,000 people from the U.S. recently, Paris Hilton and Conan O’Brien somehow squeaked through the cracks of the diabolical U.S. “blockade” of Cuba for a visit to Havana. (Btw, in the 1950’ws when Cuba was a “U.S. tourist playground!” an average 200,000 Americans visited Cuba annually.)

From the Associated Press this week:

“Having seen a long-ago tape of (Jack Paar's) historic visit just months into the regime of Fidel Castro, (Conan) O'Brien said, "We've got to go - right away!"

"It wasn't as complicated as I thought it would be," said "Conan" executive producer Jeff Ross, who reached a production liaison in Havana. "He said, 'Just come. We'll get you an invitation from the Cuban government. You'll have the run of the place.'"

The 10-member troupe went in mid-February and spent several days in the Cuban capital.

"I was shocked," said O'Brien, "by how much we were left completely alone."

Oh! To be a fly on the wall of Castro’s secret police headquarters—with ear-protection of course, otherwise the roar of laughter and snorting, the cackling and gasping, the convulsed midriffs could easily be distracting.

“My job was to bug their hotel rooms," revealed high-ranking Cuban intelligence defector Delfin Fernandez. "With both cameras and listening devices. Most people have no idea they are being watched while they are in Cuba. But their personal activities are filmed under orders from Castro himself….famous Americans are the priority objectives of Castro's intelligence."

“The Castro regime assigns 20 security agents to follow and monitor every foreign journalist.” (Vicente Botin, who reported for Madrid’s El Pais from Cuba for years.)

"When the celebrity visitors arrived at the hotels Nacional, Meliá Habana and Meliá Cohiba," continues Fernandez, "we already had their rooms completely bugged with sophisticated taping equipment. But not just the rooms, we'd also follow the visitors around, sometimes we covered them 24 hours a day. They had no idea we were tailing them."

I’m guessing Conan O’Brien is sincere. It doesn’t occur to him that he’s visiting a Stalinist nation. But he can’t be so stupid as to think he’s producing anything but a tourism infomercial. Chances are he’s unaware that Cuba’s tourism industry is owned almost lock, stock and barrel by Raul Castro’s son-in-law. I mean, Roberta Jackson, Obama’s crackerjack negotiator during the ongoing normalization talks with Cuban apparatchiks was utterly unaware of this trifling datum. So how can we expect O’Brien to be up to speed? But nothing to snark at here, especially regarding Ms Jacobson.

Exactly, I mean what’s to snark at when a multi-millionaire American comedian headlines an hour-long infomercial for a Stalinist regime whose “constitution” mandates three years in a KGB- designed prison cell for any of its subjects overheard cracking a joke about a regime official?

If any of y’all followed Mad Magazine and especially the cartoon series Spy vs. Spy you’re familiar with one of the Cuban comics who was threatened by prison and firing squad by the regime that recently recruited comic Conan O’Brien to produce its tourism infomercials. Antonio Prohias was the cartoonist’s name and in 1959 he served as president of the Association of Cuban Cartoonists.

Alas, given the news cycle of the period, some of Prohias’ cartoons couldn’t help but feature those whacky cut-ups Fidel Castro and Che Guevara. Prohias fled to the U.S. with Castro’s KGB-trained goons hot on his heels. And like all Cubans who came to call the U.S. home, dead broke and owning nothing but the clothes on his back—and considered himself immensely fortunate at that.

Conan O’Brien seems absolutely tickled to be producing infomercials to further line the pocket of a Mad Magazine cartoonist’s would-be murderer. Not that I am snarking.

When Jack Paar visited Cuba, by the way, Cubans enjoyed a higher standard of living than most Europeans and Cuba was swamped by immigrants from Europe. Now their monthly earnings average lower than what Conan O’Brien’s spends weekly at Starbucks and Cubans “boast,” the highest emigration and suicide rates in the Western hemisphere. But Conan O’Brien has been traipsing around Havana surrounded by Castro’s hapless subjects, laughing, singing and dancing. Nothing to snark at here, of course. So please move along.

Oh I know, I know, your professors, Hollywood and the media all say pre-Castro Cuba was a huge brothel and gambling Casino run by the mob. But in fact:

In 1955, Cuba contained a grand total of three gambling casinos. The biggest was at the Tropicana and featured ten gambling tables and thirty slot machines. The Hotel Nacional featured seven roulette wheels and twenty-one slot machines.

By contrast, in 1955, the single Riviera Casino in Las Vegas featured twenty tables and one hundred and sixteen slot machines. This means that in 1955: one Las Vegas Casino had more gambling action than all of Cuba. But who’s snarking?

These (relatively few) hotels and casinos were all stolen by Castro from their rightful owners at Soviet gunpoint in 1960, along with almost $2 billion worth of other U.S. properties. And oh….did the mainstream media or Obama’s press secretary (but I repeat myself) inform you that the massive and blatant burglary of U.S. property—the biggest in history-- was the reason for originally imposing the economic sanctions against Stalinist and kleptocratic Castro regime?

Did they update you on the matter and inform you that this mass larceny still stands? And that Castro has boasted that’s he’ll never repay a penny of the $7 billion he still owes American businessmen and stockholders (to say nothing of what he owes Cubans?).