Thanksgiving Terror From Friends of The Council on Foreign Relations 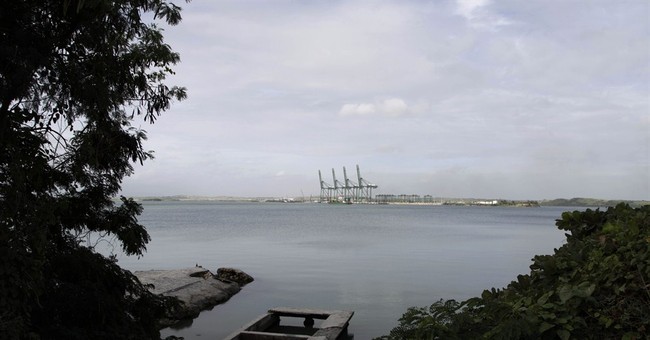 Here’s how her media friends describe the CFR’s Julia Sweig upon their frequent showcasing of her “expertise:”

“Julia Sweig is director for Latin America studies at the Council on Foreign Relations.” (NPR)

Here’s how the Council on Foreign Relations itself describes their star:

“CFR Senior Fellow and Director of Latin America Studies and the Global Brazil Initiative and award-winning author of Inside the Cuban Revolution.

Let’s turn now to the front page of The New York Times Nov. 18th edition. Ah! Here we find that Elsa Montero and Jose Gomez Abad had just been arrested by the FBI for a terror plot against Manhattan that would have probably put the death toll from 9/11 in second place. Some background:

On Nov. 17, 1962, J. Edgar Hoover’s FBI cracked a plot by Cuban agents that targeted Macy's, Gimbel's, Bloomingdale's and Manhattan's Grand Central Terminal with a dozen incendiary devices and 500 kilos of TNT. The explosions were timed for the following week, the day after Thanksgiving.Macy’s get’s 50,000 shoppers that one day.Thousands of New Yorkers, including women and children—actually, given the date and targets, probably mostly women and children—were to be incinerated and entombed.

At the time, the FBI relied heavily on “HUMINT” (Human Intelligence.) So they’d expertly penetrated the plot, identified the ringleaders and had them tapped. One by one the ringleaders were ambushed and arrested. Among these were Cuban DGI agents Jose Gomez-Abad and Elsa Montero who worked as “diplomats” in Cuba’s UN mission.Alas, they enjoyed “diplomatic immunity” and were soon back in Cuba as heroes instead of in electric chairs at Sing Sing.

The FBI speculated that as many as 30 others might have been in on the plot, but GMontero and Gomez-Abad were the head honchos. The intent and will by these Castroite terrorists to commit mass-murder was certainly present, only our crackerjack FBI of the time foiled it.

The rest of the plotters for his Manhattan Macy’s Parade Day terror plot were mostly members of the Cuban mission to the United Nations working in concert with members of the Fair Play For Cuba Committee, an outfit that became much better known a year later when member Lee Harvey Oswald really racked up some headlines.

Incidentally, at the time of the Manhattan terror plot, the Fair Play For Cuba Committee also included among its members, CBS correspondent Robert Taber (an early version of Dan Rather, who conducted Castro's first network television soft-soaping on Aug. 30, 1957), along with The Nation magazine co-owner Alan Sagner. In 1996 President Clinton appointed Alan Sagner head of the Corporation for Public Broadcasting.

Despite his lust to incinerate them, on visit after visit to New York the cities’ Best and Brightest (i.e. those who barely escaped incineration at Fidel Castro’s hand) have welcomed Fidel Castro as the second coming of the Beatles at Shea Stadium. On his 1996 visit for instance, the war-mongering, mass-murdering despot who abolished private property, transplanted Stalin’s penal and judicial system and stole 5,911 businesses worth (at the time) $2 billion from U.S. stockholders—this very gentleman was delighted to find a lavish luncheon thrown in his honor by The Wall Street Journal.

America’s top Cuba spy catcher Chris Simmons (now retired from the Defense Intelligence Agency) identified every one of the above as Cuban DGI agents. Josefina Vidal was booted from the U.S. in 2003 for espionage, after Simmons himself fingered her.

I haven’t checked Guinness, but effusively thanking the warm support of 7 different intelligence agents of a Terror-Sponsoring enemy nation in your book’s acknowledgements-- three of whom were expelled from the U.S. for terrorism and/or espionage-- must be some kind of record, at least for someone outside a maximum-security federal prison.

Not that in media eyes this affects Sweig’s position as an “impartial expert” on issues pertaining to this Terror-Sponsoring enemy nation (Cuba.) “A nonpartisan resource for information and analysis,” boasts the intro to The Council on Foreign Relations that boasts Julia Sweig as their Latin American “expert.”