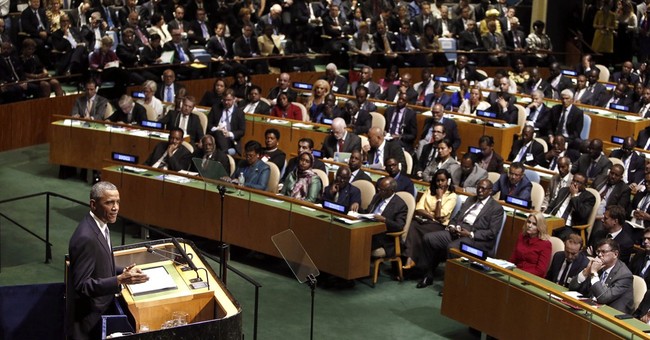 PPP polls always have a "(D)" behind it to alert readers that it is a Democratic shop, and its polls could well reflect bias.

So when their latest has Tom Cotton 6 points atop incumbent (and invisible) Mark Pryor, the bell is tolling for Pryor.

As it should, given Pryor's 97 percent support of President Obama. Congressman Cotton is fond of listing the places throughout Arkansas where he has campaigned, looking for an Arkansan who agrees with the president 97 percent of the time and has been unable to find him --outside of D.C. and Senator Pryor's office.

There is also good news this morning for Dan Sullivan in Alaska, with Sullivan up 3 in a PPP(D) poll.

Cotton --his campaign website is here-- and Sullivan --whose campaign website is here-- are both veterans of the war on terror, and it makes sense that as voters watch the meltdown of the president's foreign policy and the spread of IS across the Middle East that they will value having combat vets in the Senate. Iowa Army National Guard Lt. Col. Joni Ernst will also benefit from the sudden sobriety in an electorate that has figured out that the president was clueless about the "jayvees" of ISIS as he was about "leading from behind" for his five-plus years in office.

As news spreads today that the president's vaunted coalition is actually more of a facade than a serious set of allies, recognition will increase that the president is trying to use tricks to cover the reality that the U.S. has been asleep at thenational security switch for many years, the consequence of a president in love with his Nobel Peace Price and dreams of a world that doesn't exist. Digging out of this hole will be a long process as it is as deep as the one dug by Bill Clinton's fecklessness in the '90s and chronicled by Lawrence Wright in The Looming Tower.

Whether Scott Brown in New Hampshire, Thom Tillis in North Carolina, Terri Lynn Land in Michigan, Ed Gillespie in Virginia, Bill Cassidy in Louisiana, or Cory Gardner in Colorado, voters are getting their absentees next week and beginning their early voting just as the country as a whole recognizes that the price of an amateur ideologue in the White House and Harry Reid and Nancy Pelosi in the Senate and House is deep instability and growing danger.

The most recent debate between Gardner and his lockstep-with-Obama opponent Mark Udall turned on national security, and suddenly all across the country Democrats like Udall are having to defend their long time, rote defense of an administration that has defined forever fecklessness on national security and which has sliced Pentagon budgets and the nation's military far beyond the bone. As Congressman Rob Wittman --Chairman of the Congressional Shipbuilding Caucus-- told me Monday, their is a growing recognition that there needs to be a huge "plus-up" in defense spending immediately, but only a GOP majority in the Senate will guarantee that this most anti-defense of president and reckless of senators Harry Reid will be obliged to get out of the way of the nation's national security needs.

The backdrop of failures in Obamacare and tremors in the economy -especially housing-- add to Democratic woes, but the generic ballot polling represents one thing more than anything else: The president and his Democratic allies have not been taking care of the common defense. And voters know.

They are going to vote for seriousness on ISIS, Russia the PRC and all things national security related. That is great news for Republicans who have regained their long-standing and deserved edge among voters for responsibility on such matters.From AP's Donna Cassata:

Just 41 percent approve of Obama's handling of terrorism while 50 percent disapprove, according to last week's New York Times/CBS poll , which gave the president worse marks than Republican President George W. Bush in 2006. At the same time, Republicans had a hefty double-digit advantage of 52-31 percent on the question of which party is more trusted in dealing with terrorism and a 49-37 percent edge on foreign policy.

President Obama and his congressional allies are about to reap the political whirlwind they have sowed. Pray the country doesn't have to reap at home the consequences of negligence abroad for the past six years.