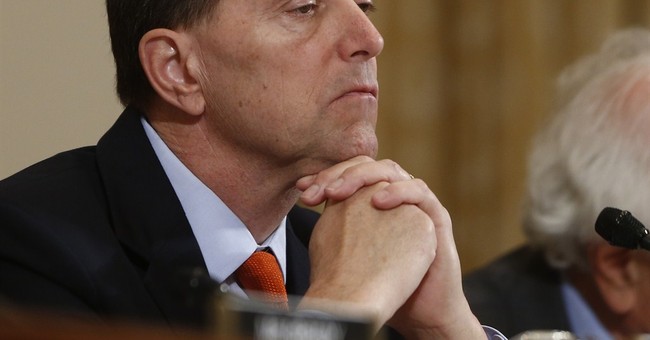 Dave Camp is by all accounts a wonderful guy. But he has orchestrated another pratfall for the Beltway GOP, another display of loser-thinking, elite favor-currying, and desperately bad politics eight months before crucial elections. And he has done so when even party leaders have said his grand plan has zero chance of succeeding. No one is even sure what is in the proposal because Representative Camp is attempting to bend public opinion by talking about what is in it before we get to see what it is in it, just like Obamacare.

This has become a habit of the D.C. GOP. Again and again some sect of the D.C. GOP develops a sweeping policy proposal –in secret– unveils it to great expectations and the nods of Beltway elites, and then are shocked to find their base voters are adamantly opposed. Again and again the chief sponsors of legislation refuse to listen to anyone not already inside their circles, and every time big Beltway interests distort the desires of party regulars. Again and again, shocked D.C. elites who were expecting acclaim get hit with a tidal wave of disdain.

Every time the chief sponsors refuse to talk to the base via talk radio, key cable shows, or social media. Every time they refuse to answer tough questions and engage the base in conversations before they unveil the New Coke. And every time they pull a dead rabbit out of their hats and are shocked when talk radio and cable news audiences are appalled and angry and erupt on Twitter or other forums.

This session of Congress this sequence has already happened with immigration reform and with the repeal of the COLA for career military. Now it will happen again with Dave Camp’s “tax reform” proposal, which of course will slash deductions held dear by base GOP voters in “exchange” for cuts in the corporate rate, capital gains and dividends rates. Such cuts matter to the wealthiest of Americans and to large business interests. They matter little if at all to homeowners, donors to churches, para-church organizations and schools, residents of high tax states, and the rising upper class –those with large salaries but few assets– get hammered under Camp’s third bracket, which he attempts to deny exists by labeling it a “surcharge” and not a bracket, thus combining deceitful packaging with a new and sure-to-be-abused avenue for future tax-hikers.

And this is an opening bid, one that Democrats will seize on as the place from which negotiations must begin, not end, which is why Harry Reid is disposed to welcome it. Dave Camp spent years getting a proposal ready only to be surprised to find that his erratic, eccentric negotiating partner, Senator Max Baucus, left for China leaving the termed-out Chair of Ways and Means with nothing to do…except help divide the GOP heading into the fall elections. Rarely has vanity driven anything as important as tax reform, but this time it did. And worse, Camp’s ambition to become a new Jack Kemp held every good idea like the repeal of the medical device tax hostage for two years despite super-majority support in the Senate to repeal it.

Camp never gives interviews to conservatives who might question why he would want to destroy the social capital-builidng deduction for home mortgage interest, or limit the generosity of Americans towards the institutions of the society –churches, school, medical research societies– that cause it to thrive. He is cloistered, like the sponsors of other crash-and-burn initiatives. Perhaps there are defenses to those destructive obsessions held close by libertarian purists, but none of them ever campaigned for office in a district where home values will fall at least 15% upon the repeal of the mortgage interest deduction and where churches and schools will close their doors when their biggest donors stop writing checks when the costs of those checks go up because their deductibility goes down.

Camp’s Wall Street Journal op-ed today says he wants to fix “our appalling tax code.” The first question is who deputized him? Sure, he is chairman of Ways and Means by virtue of hanging around D.C. for 20 years, and no doubt he is a wonderful guy and much beloved by his Midland, Michigan neighbors.

But he doesn’t represent the country, he doesn’t represent any sizable portion of the GOP, and he has never, ever tried to sell this plan in the give and take of political debate. Contrast that approach with the approach of Jack Kemp in the ’70s. ”When other members of Congress spent their time and energy on committee work and constituent services,” the New York Times wrote of Kemp in 1996, “Mr. Kemp concentrated on developing bold and controversial tax legislation, outside the jurisdiction of any committee on which he served. He also implored his Republican colleagues to reach out to blacks and members of other minority groups.”

Jack Kemp didn’t force-feed his sweeping proposal to a reluctant Congress genuflecting to a termed out chairman looking for a little exit music and some applause from Beltway elites. He sold his proposal, and he didn’t attacks the middle class in the process.

But this is a new GOP. Does the base want a face on the U.S.-Mexican border? The be sure to produce a bill that doesn’t build a fence.

Does the base want to take care of active duty military and their families? Then slam onlythat very group with the only benefit cut in the budget package.

Does the base want tax reform? Then develop a bizarre plan in secret that punishes them and especially slams two-income couples who make $450,000 a year and leaves the Facebook billionaire class to fund climate change because, after all, why take care of the voters who send you to D.C.?

It is remarkable what D.C. GOPer talks themselves into by talking only to themselves. No one –no one– ran in 2012 on eliminating the mortgage interest deduction or the charitable deduction. No one barnstormed across the state in pursuit of limiting the charitable deduction or the state tax deduction. It is all hocus-pocus, dreamed up by staff economists and lobbyists looking to advantage this or that special interest, and more power to them. That is their job.

But it is the job of the D.C. GOP to represent their base, to consult with them, campaign in front of them and answer their questions. Not lead the party over a cliff.

Most of the D.C. GOP’s many mistakes could be avoided by a refusal to go native and become captive to insular and circular information flows. But as Dave Camp’s very short star turn shows, they don’t care about getting an audience outside of D.C. They’ve got their gigs, and they need please only their largest donors, staffs and the friends of their staffs. This creates huge distortions in what they know about what voters want. And it shows. Again, and again, and again.