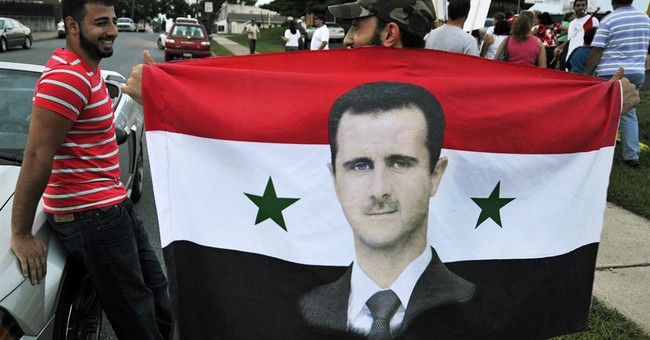 On Tuesday I interviewed one of the world's most accomplished combat correspondents, the New Yorker's Dexter Filkins, on the Syrian nightmare.

The transcript is here.

Filkins is very clear-eyed on the risks and likely outcome of what he believes will be a warning shot but not a regime-changing use of force against the butcher Assad.

One of my very favorite books is Robert Massie's Dreadnought, and as we approach the use of military force against the butcher Assad, this book on the origins of World War I is very much on my mind. Yoni the Blogger has called the show a couple of times to sound a warning of how things could spiral out of control very, very quickly in Syria. Filkin's accurate and thus horrifying reporting on what has already happened in Damascus should have every believing person praying that President Obama makes the right choices in the days and hours ahead.

Senator McCain said on Neil Cavuto's show Tuesday that it is going to be three days of bombs and missiles and then out. (Cavuto's show is consistently among the most serious, thorough shows on the tube, and interview's like Tuesday's with Senator McCain set a standard that few broadcasts match.) The senator seemed very oblivious to the prospect of a spiral. Cavuto pressed, but Senator McCain is very confident of our nation's ability to change the momentum in Syria and find a new and better set of rulers at the end of the combat. Of terrible, unanticipated turns --well, not much.

That prospect seems to me to be very real, that the "second order effects" could indeed be terrible and swift. A now-retired Marine colonel once gently chided me about the casual way in which political commentators commit American forces. I am very much in favor of striking Assad, and hard, but this warning from years ago is on my mind as well as Dreadnought.

Where are David Petraeus, James Mattis, Stanley McChrystal and John Allen on this question? They are all retired and free to speak. How can the MSM, with all its combined resources, not have found one or all of them to speak to this question?

One of the best commentators on all things Middle Eastern, the Weekly Standard's Lee Smith, has highlighted why the current situation is so incredibly dangerous:

More than two years after Obama first demanded that Assad step aside, the United States is now facing a unique moment in its long history of involvement in the Middle East. What makes it unprecedented is less the violent furies raging across the region than the fact the commander in chief has to an unprecedented degree weakened America’s hand and sullied America’s reputation. With all his empty talk, the president who says he does not bluff has made America’s word cheap.

The president around whom the country must rally if he uses the force he is pledged to use is in over his head. Less than a month ago the Secretary of Defense was telegraphing an "East of Suez" moment in American history, and now those very forces threatened with politics-inspired cuts are going into harm's way, and our closest ally on the planet is the most likely recipient of the blowback not from American might but from American weakness.

What a terrible mess. Thank God that even though American political leadership has fallen far in the eyes of the world, the American military is still feared. Our military will deliver the message that the use of WMD will not be tolerated. We have to pray that the mullahs in Tehran and the crazy ophthalmologist in Damascus understand and aren't in the mood for end-times gamesmanship.