Thinking Through "This Town" 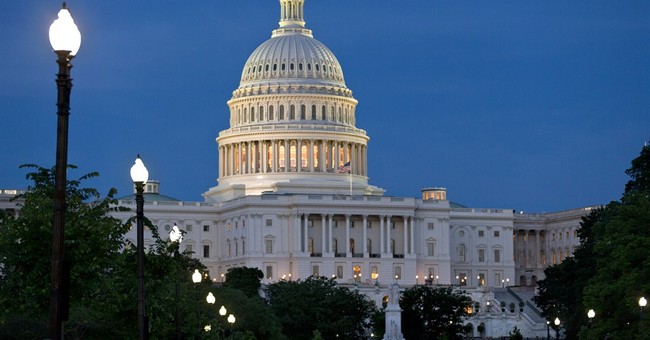 Rarely do I devote an entire, three-hour radio show to one guest.

Favorite novelists --like Alex Berenson, C.J. Box, Daniel Silva, Brad Thor and the late Vince Flynn—have regularly been welcomed for two-hour chats. The opportunity to do long-form interviews is one of the great aspects of talk radio. Both Silva and Thor were on this week in fact, and the transcripts of the interviews with them about their new best-selling thrillers --The English Girl and Hidden Order respectively-- are at the Transcripts page over at HughHewitt.com.

In the last six months, only twice have I given a show wholly over to one person: To Jake Tapper, to discuss his moving book about one American outpost in a far corner of Afghanistan The Outpost, and to William Dalrymple to review his wonderful work Return of A King, also about an Afghan war, though one that began in 1839.

Great books about the war that we are in and the people and the land in which it is waged get time from me because so much of the rest of media ignores the war even as the MSM goes wall-to-wall and round-the-clock on stories like the Zimmerman trial.

On Wednesday, though, I devoted all but the last three minute segment of the program to a conversation with New York Times Magazine's national correspondent Mark Leibovich whose new book, This Town: Two Parties and a Funeral --Plus, Plenty of Valet Parking!-- in America's Gilded Capital, a work that is almost completely silent about the war.

That's not the fault of Leibovich. He set out to convey what Washington D.C. in the Obama years is concerned about, and he did so with extraordinary accuracy and flawless reporting.

But since President Obama's Washington isn't really interested in the war, a book about the Obama years won't have much about the war in it. Accuracy is accuracy. Most of the subjects of This Town would probably wished they'd spent more time in earnest conversation about the war with Leibovich or at least within earshot of him.

Which is why I wanted to spend so much time with Leibovich and bring as much attention as possible to his book, which is indeed a very, very accurate depiction of a national capital divorced from the realities of the country and especially of the war it oversees from a very great distance, physically and increasingly emotionally.

Most of the considerable buzz about This Town has been about its gossipy side, which is at times both hilarious and brutal, the subject matter both pathetic and very ugly when it isn’t endearing. It is possible that "Eleanor Rigby" is the theme song of most of the lives chronicled in This Town.

That's the sad part of the book.

The "make you angry" part is the neglect of the genuine sacrifices of the military in the war by almost everyone inside "the Club" that runs "This Town.".

Don't get me wrong. I greatly enjoyed Leibovich's book, though when finished with it I felt like the guy who got brushed but not bitten by the Great White while swimming just a few yards from shore. I met Mark in Tampa Bay during the GOP convention last year, and had a couple of chats with him, not realizing this was like talking to the Tony Soprano of the chattering class. Good guy then. Better guy on the radio. But a lot of folks aren't feeling that way towards Leibovich right now, and not because he got their portraits wrong, but because he got them so completely right. High definition TV meets ugly, vain, wholly self-absorbed D.C.

Leibovich is in fact a fantastic reporter of what is actually going on in Obama’s D.C., but the subject matter is so appalling as to leave most readers looking for a shower. Here's the short summary, but read the whole interview when the transcript is posted and then read the whole book:

Almost everyone who stays in D.C. after leaving elected or appointed office "cashes in." This is not surprising, nor is it per se corrupt. Every time I bring a new client into my law firm on the west coast who first sought me out because of my radio show, books or columns, I am doing the same thing that the "formers" described by Leibovich do every day, though in a very different place and for very different reasons. Every professional services firm seeks to make use of the visibility of its highest profile members in attracting new business.

What is different about the "professionals" of D.C., these "formers," what is in fact stunning, is the enormity of the influence operation inside the Beltway, how all-consuming it is, and what it is aimed at.

There are law firms and accounting firms everywhere because there are transactions to be documented, law suits to be answered and tax returns to be filed everywhere.

There are lobbying/public affairs firms only where government nests, however, and the biggest government of them all has the most gargantuan lobbying-influence operation surrounding it. K Street is the Rocky Mountain range of influence peddlers, and the supporting base camps to those who climb those heights are vast and populated with fascinating creatures, most especially the Manhattan-Beltway media elite, which is the real core subject of This Town.

It’s. All. About. The. Media. The book and the town…everything. You might have thought it was about the Constitution, or freedom, or something to do with the monuments, but in reality, it is all about the media.

It is all about the awful term, the "narrative."

This is hard to explain without the benefit of 300 pages of story-telling, so read the interview and the book if you want to understand. Be warned that the disease is deep and perhaps not even possible to cure. Because the "shaping the narrative" has grown to dominate all other concerns, constant attention to the media doing the shaping is the key aim of the influence peddlers.

The legislation is poorly written, the regulations incomprehensible when not delayed and the litigation around them both endless, all because the substance is almost wholly secondary to the process, the drafting of the various deals turned over to legions of administrative state minions while the next round of narrative shaping commences.

9/11 changed it for a bit. It will take something far worse to change it again, but that “far worse thing” is getting nearer and nearer because of the awful self-absorption, systemic mediocrity and searing contempt for the voters that is at the heart of This Town.

This Town should be read far and wide, and especially among the Tea Party people. It is Exhibit One in their bill of particulars, the real proof from an insider's insider that their worst fears about the Beltway are all true.

No, not the conspiracy theories. Rather, the idea that the elites just don't care. They don't. Not in the least. On to Aspen, and Davos and then back to D.C. Until the real game changer arrives, tiny little parts of which were en route from the Castro brothers to the Norks for trans-shipment back to the mullahs.