Hugh Hewitt  |  May 10, 2012
The opinions expressed by columnists are their own and do not necessarily represent the views of Townhall.com.
Top Columns
Trending on Townhall Media

President Obama is a thorough-going man of the left obsessed with power and thus in re-election, so his decision Wednesday to declare for same sex marriage is hardly a surprise. The only surprise is that his timing was so nakedly political and reflexive. The president was pushed into declaring his support by his Vice President and his Secretary of Education, and no serious person disputes this.

“Leading from behind” –the famous White House description of the president’s Libya policy retailed by the White House to the New Yorker’s Ryan Lizza--now has found its expression in domestic politics.

Of course Obama was for same sex marriage before he was against it and before he was for it again. He’s a weather vane on this issue, and his genuine ideological extremism had led him to support same sex marriage long before Gallup announced days ago it had become a preference among a majority of Americans, but the president had abandoned his earlier support when it became an inconvenient truth for him while running for president.

No matter. Every state electorate but one that has been asked to vote on the issue has voted for traditional marriage, and the vast, vast majority of supporters of traditional marriage are not anti-gay or anti-lesbians. They believe, as I do, that marriage between a man and woman is ordained by God for the happiness of humankind and the building up of society, and that it is to be preferred to any other situation for the raising of children.

This is not to say that single parents, or same sex couples cannot be terrific parents. They can be, often far better at it than married couples who are terrible, horrible parents from whose “care” children must be removed.

Rather it is to say that, as an organizing principle, societies can hold up as the ideal one father and one mother, joined for life in a sacred bond, committed to each other and their offspring. No child of a situation other than that ideal for society is any less a valued member of society –born or unborn, ordinary or disabled in some way—but equal love for all life is perfectly consistent with the conviction that the society is best served by keeping traditional marriage as the recognized best situation for the vast majority of children.

Well meaning people can and do disagree with this, but solid majorities of Americans still vote this way, most recently on Tuesday in North Carolina, and, to repeat, the vast majority of those people are not in the least bigoted towards gays or lesbians.

The president has now declared his strong opposition to their political preferences, and this will be an issue in the fall for some voters. Some will vote for him because of his support for same sex marriage despite the havoc he has unleashed on the economy, and some will vote for Mitt Romney despite the fact they support same sex marriage because they know that four more years of President Obama will cripple the country and the West. It is hard to say how the issue will cut in the November election..

What cannot be said, at least by serious people, is that the president is “on the right side of history.” If that were the case, how could he have casually abandoned Iraq where there are forces gathering that are not merely opposed to gay marriage and indeed for freedom or even life for gays? How can he be inviting the Taliban to sit down and reason together when their return to power will be a death sentence for gays and lesbians in that country? Unless they mean the "right side of history" for privileged elites in the west. That is a very narrow view of history.

Of course the president isn’t consistently on any side of history, or on any side of anything at all, except his own side at all times. He is a pure man of the hard left, and his contortions in search of re-election will neither surprise nor shock.

The debate over marriage will continue, however, next in Minnesota, where another marriage measure is on the ballot in November.

If you are not ready to declare that the oldest institution of the Western world –marriage between one man and one woman—has been proven obsolete or in need of casual experimentation, then you can contribute to the Minnesota for Marriage campaign via the Act Right button at HughHewitt.com.

If you’d like to deepen your understanding of the issue, you can read the relevant sections of Dennis Prager’s magnificent new book Still the Best Hope.

If you are on the fence about the issue, it is possible to consult the best writing and arguments on both sides. Jonathan Rauch's Gay Marriage is probably the best case for same sex marriage.

But you cannot trust the president for guidance or leadership on this or any other issue, and you ought not to applaud him for his "courage" on the issue, even if you support his (current) position. If he thought it would get him re-elected, he’d switch back to opposition tomorrow.

Whatever the outcome of the debate, understand that there is no predetermined outcome, just as there is not predetermined victor in the conflict between radical Islam and the West. If you agree with my latter statement, by the way, you must agree with my former assertion, though you may have to think about that for a bit.

No matter which way the debate over marriage goes over the next few decades and over the map of the world, however, it will forever be recorded that Barack Obama did not reach a principled decision on the issue, only a political one, a lurch driven be expediency and triggered by underlings. History is indeed unfolding, but it cannot be convincingly rewritten. 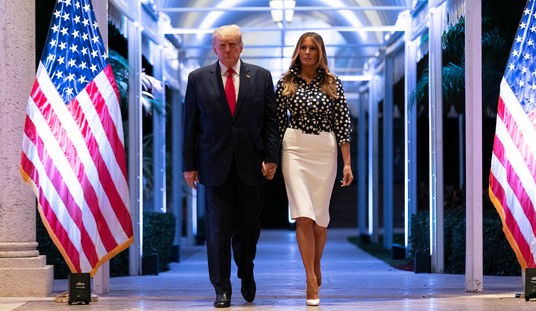