Obamacare Can Be Stopped: ReverseTheVote.org 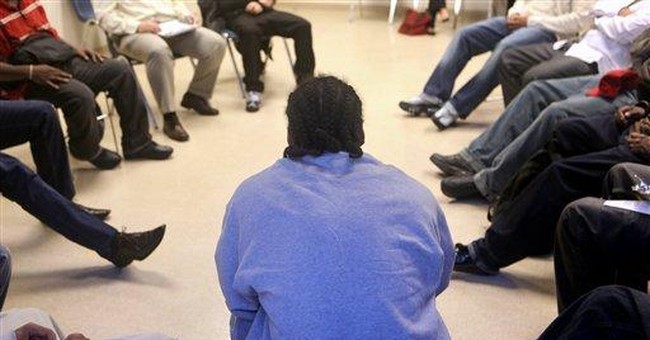 Or would they brave the nasty e-mail from the left and the angry looks from Democratic leadership and vote instead to keep their job by voting in accord with the wishes of their district and thus voting no?
If at least three of the 220 House members who voted yes on Obamacare on November 7 fall into the category of those who would rather survive November 2010 than go down in a rush to single payer, then it will be possible to defeat the bill on its return engagement in the House.
Possible, that is, if enough voters indicate to the House members that a yes vote on the government's takeover of health care means a "no" vote on their re-election in 50 weeks.
Which brings us to ReverseTheVote.org, a website launched this week by the National Republican Congressional Committee.
CARTOONS | AF Branco
View Cartoon
ReverseTheVote.org identifies the 24 most vulnerable Democrats who voted for Obamacare, and it asks for contributions that will go into the war chests of the eventual GOP nominees against these 24 incumbents.  Every dollar given gets split 24 ways.  No money goes into a primary fight between Republicans.  Every dollar gets spent to defeat a proponent of Obamacare.
The 24 Democrats who are targeted by ReverseTheVote.org come from across the country --from New Hampshire to Oregon and from New York to Arizona.  Each one is listed by name at the web site.  Each voted against the wishes of their district, and as serious public opinion shows, against the wishes of clear majorities of Americans.
If cash piles up in the common fund to defeat these two dozen Obamacare proponents, not only will they notice, so too will those Democrats who voted no the first time and are glad they are not on the list.  When Democratic whips come round looking for new help to offset any defections, the ReverseTheVote.org list will be on the minds of every Democrat who voted no last time and stayed off the list.
So too will the handful of Senate Democrats notice in whose hands Obamacare currently rests.  If Arkansas' Blanche Lincoln sees a yes vote for Obamacare become the rallying cry of 2010, will she be more or less likely to vote for cloture when that key vote comes up.
Public opinion swung against Obamacare long ago, which is why the president and his Congressional allies are trying to rush it through now, as far in advance of next year's elections as possible.
But if vulnerable Democrats realize that the public has made up its mind and is now making a list and posting it on the fridge, the momentum behind the ill-conceived and gigantically expensive experiment in socialized medicine will evaporate.
If ReverseTheVote.org collects significant numbers of small donors, Democratic leaders won't be able to tell these 24 Democrats not to worry, that no one will remember this vote come next fall.
Opponents of Obamacare have the opportunity to send the loudest message possible, one that even the most tone-deaf Democrat will hear.
FBI Confirms Remains Found in Wyoming are Those of Gabby Petito
Landon Mion
Woke Ice Cream? Ben and Jerry's Unveils New Flavor That Will Aid the 'Defund the Police' Movement
Landon Mion
Dems, Media Double Down on 'Vicious Lie' That Border Patrol Whipped Illegal Immigrants
Spencer Brown
MSNBC Host Says Gabby Petito's Media Coverage is a Case of 'Missing White Woman Syndrome'
Landon Mion
They Revolted? Haitian Migrants Took Control of a Federally-Contracted Bus at the Border
Matt Vespa
Bob Woodward: Milley’s Call with China was Made ‘in the Interest of Protecting the Country’
Landon Mion