They Think You Are Stupid: Why Resistance To Obamacare Is Growing Despite Intimidation and Slander 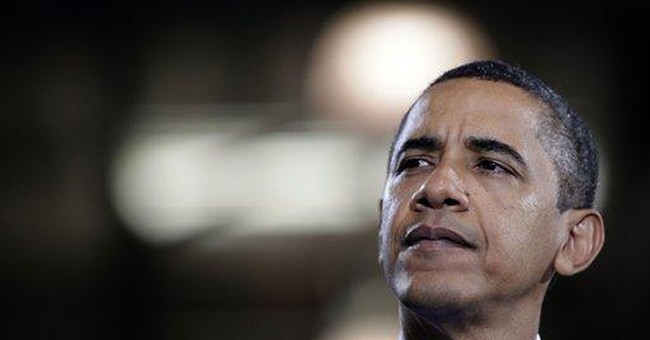 President Obama's decision to unleash his operatives at the DNC,  surrogates like Barbara Boxer, and his staff like Linda Douglas to slander and attempt to intimidate opponents of Obamacare not only has badly backfired, it has opened another front the president now finds himself fighting on:  Does he intend to be the new Nixon, rather than the new FDR? Like Nixon, will he unleash a political operation that spirals out of control and ends his presidency?

More than a million people have signed a petition to stop Obamacare, and the president and his Chicago-rules enforcers have serially insulted each one of them and every other citizen who rejects Obamacare for any of many reasons.

Appealing as the president did via the White House web for snitches to turn in "fishy" citizens smacks of the lowest sort of thuggish politics.  It took Chuck Colson a couple of years and the repeated leaks of national security information and massive protests of the Vietnam era to get the Watergate-era Plumbers up and running.  A mere six months into his unsteady start, the new president is reaching for the political blackjacks.  "The White House request that members of the public report anyone who is spreading 'disinformation' about the proposed national health care makeover could lead to a White House database of political opponents that will be both secret and permanent, according to Republican lawyers on the Senate Judiciary Committee who are examining the plan's possible implementation," writes Byron York in the Washington Examiner.  A new Enemies List!  Can break-ins to doctors' offices be far behind?

The opposition to Obamacare has exploded and spread in a natural, viral way across the country to various events sponsored by various congressmen and senators.  Because the issue if of such enormous consequence to their lives, the opposition will continue to spread.  It is the same sort of energy that accompanied the immigration debate of a couple of years ago when all participants in the Congressional debate --GOP and Democrat-- were perceived by the public as not being candid and responsive, and before that during the recall of Gray Davis in California following the rolling blackouts of energy and Davis' near complete collapse in his ability to be believed.

This voluble crowds and loud expressions of disdain and dismay arrive when political elites attempt to jam down very unpopular policies or explain away very pressing problems with manifestly absurd arguments or dodges.  The concern and anger that has been on display the past two weeks and which is likely to continue to grow is rooted in the fact that (1) Obamacare is rightly understood to be a threat to people's existing insurance and doctors and (2) the president repeatedly and falsely "guarantees" voters that they can keep their insurance and doctors. The refusal of proponents of Obamacare to honestly address these obviously major problems and concerns feeds the fear which feeds the anger.  The president, Nancy Pelosi, Henry Waxman and the rest are hiding the truth about the consequences of Obamacare and voters know it.

There's a reason why Democratic Congressman Collin Peterson of Minnesota declared his opposition to Obamacare this week --he wants to keep his job.

Two Arkansas Democrats, Mike Ross and Vic Snyder have to be recalculating their political futures after a hometown crowd of angry constituents blasted the "compromise" Ross and other "Blue Dogs" worked out with the hard left Henry Waxman. Conservative Democrats and moderates are not buying the idea that the left will genuinely compromise and are assuming, correctly, the good ole boys got hornswaggled by the sharpies from the coast and the cool guy in the White House.  They are working and they like their health insurance and don't want to be pushed into a tin-cup government plan.  They know Medicare is slated to put the screws to doctors again, which means seniors will be even less likely to get appointments and procedures.  And they know that the political elites of the Beltway will continue on with their platinum-plated FEHB plan, free of any concern over life's health insurance lottery.

There are lots and lots of Democratic congressmen and Democratic senators up for election in 15 months.  If Obamacare is pushed through on narrow majorities using street thug tactics and supported by Pelosi-Boxer San Francisco sneering over the objection of core Democratic constituencies, the Obama coalition will be as dead as the prospect of efficient and effective health care in America.  Retreating from the brink would be a defeat for Obama, but not the Waterloo predicted by Senator Jim DeMint if the president disengaged artfully and instead imposed a package of necessary reforms on the senate and the house but one that excluded the government option and massive tax hikes.

President Obama is still in a position to declare are a victory and achieve a useful bit of reform, but all signals are that his ego is engaged in winning the end of American medicine as we know it, and forcing tens of millions of Americans into a half-way house to single-payer while punishing doctors for their past sins and collecting information for opponents' permanent records.

The reaction to this thrust for power is more political resistance.  When the DNC puts out a scurrilous ad like yesterday's branding opponents as part of a right wing extremist mob, I and other radio hosts gladly play it again and again.  When Barbara Boxer astonishes rational people with her diatribes, we play Boxer's rants again and again.  We play the president's "guarantees" again and again, and Robert Gibbs' shambling rambling non-sequitors again and again.  (Does Gibbs go the way of Stephanopoulos soon?  George S. was a great asset to Bill Clinton but not so good in the Press Room and got yanked in favor of David Gergen about six months into Clinton's first term.  Is Gergen warming up in his permanent D.C. bullpen?)

All the hit pieces and all the supporting fire from a still cheering MSM (there are credible exceptions like ABC's Jake Tapper and Politico's Mike Allen) are not going to turn the debate on Obamacare because it sets up a "government plan/private option" that will attract thousands of employers to dump millions of employees into it.  That's the hard reality, the granite fact, at the heart of this debate.  Tens of millions of Americans don't want to go into the post office or DMV equivalent of health care, and they will continue to say no --at various volumes-- and to learn every day that Team Obama just doesn't care what they think.  The concerned citizens should sit down and shut up according to all the president's men and women.  And those men and women are taking names.