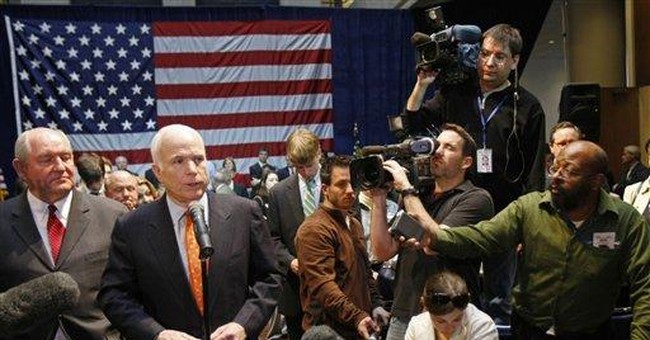 The recent award of a $35 billion dollar contract to Airbus-Northrop Grumman shocked more than the Boeing executives and employees who have always supplied the United States Air Force's tanker fleet.

It also sent the Pentagon-watchers into a tizzy of speculation and gossip.

Was Boeing being punished for the past corrupt practices of long-gone and rightly punished bad executives?

Had Boeing arrogantly ignored pushes and nudges from the Air Force?

Had the Air Force changed the rules in the middle of the process?

All these questions and more will be answered via the bid protest process launched by Boeing. But assume for the moment that the general Accounting Office rejects the protest and allows the contract to stand. Should the United States Congress intervene even if the GAO delivers a clean bill of health for the process.

There are lots of reasons to shake your head at the prospect of a French-led consortium building the next fleet of supertankers for our air force. The French have not exactly been the best of allies in the long war, and have been of almost no help at all in Afghanistan. The new president is a sharp uptick, yes, but even if became the new John Howard, would it send a good signal to our allies concerning the costs and benefits of cooperating with U.S. foreign policy to cut Airbus in on the biggest contract in a long, long time?

Doesn't selecting Airbus suggest that there is no way the Americans will ever put bad conduct of an ally ahead of its bottom line, and thus increase the likelihood of future bad conduct by other allies?

Then there is the question of national industrial policy -or rather the lack of it. Even confirmed free traders --and I am one of them-recognize the difference between massive military contracts and the ordinary flow of goods and services across global markets. To have a preference for retaining the basic industrial capacity that allows for a robust national defense sector is not to contradict free trade principles, but is rather to limit their application at that point where the national security may be eroded by shipping jobs and capacity overseas. I asked one friend within Boeing for an assessment of this argument. His reply:

It is yet one more blow to our aerospace capability, and in this case, a big blow in terms of loss of skilled jobs. A continuing erosion of our capabilities has other long term consequences such as fewer engineering students.

Any transaction involving critical infrastructure or technologies should be subjected to heightened scrutiny; particularly, where the real parties in interest are foreign governments. If the DoD did make a national security determination, we should know that and the basis for their determination, and if not, why not. If Airbus had tried to enter the US market through the front door by acquiring an interest in Northrop Grumman, the transaction would have been subjected to a CFIUS review.

There are only two countries that have the ability to project force around the world - Russia and the US - and tankers are the key. Why would we want to put that capability in the hands of others.

He added: "It strikes me as absolutely absurd that the US would give an award to Airbus at the same time that the US has a huge trade case against the Europeans for subsidizing Airbus."

Of course a Boeing man will put forward's Boeing's point-of-view, but these are all compelling points to which I invite the response of Airbus fans.

In the meantime, though, the issue will become a factor in the politics of 2008. It seems likely that voters will react to this deal as they did to the ill-fated Dubai ports deal of two year ago. Americans believe in free trade, and they certainly welcome economic growth.

But they have a deep belief in maintaining a vibrant, independent defense sector, of which Boeing has always been a leading participant.