H. Sterling Burnett  |  Sep 21, 2021
The opinions expressed by columnists are their own and do not necessarily represent the views of Townhall.com.
Top Columns
Trending on Townhall Media 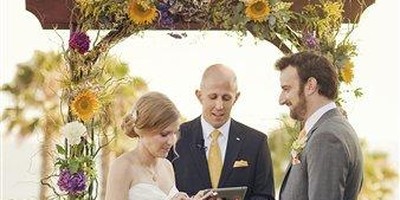 We live in dangerous times, possibly the most dangerous period in American history since the Civil War.

This time, the threat is not that the country will split, although there are many on the left and right side of the political spectrum who openly wish for that, sans the violence of a civil war.

Now, the threat is arguably worse. The danger is that the United States’ fundamental institutional framework will be eroded and eventually overthrown by military leaders who are allowed to act as if they are not subservient to the nation’s civilian authorities. If high ranking military officers believe the chain of command no longer applies to them—that they, not the commander in chief, decides on foreign policy and possible military action—history indicates we won’t have a Constitutional republic soon.

While military juntas are common in other countries, and throughout history, in the United States, military officers have largely respected the law and chain of command. Then comes General Mark Milley, chairman of the Joint Chiefs of Staff, who decided his authority was above that of the president of the United States, his civilian commander in chief.

To be fair, I can only go on press reports, which claim Milley had communications outside the direction of the president with his Chinese counterpart. People in the know, including former generals, tell us such communications are commonplace, and I’m sure they are.

But, if reports are accurate, Milley didn’t just reassure the Chinese military leadership that America’s government was stable and not preparing to take hostile action against China. He went beyond that. Milley evidently told his Chinese counterpart that if the United States were to launch a military strike against China, he would warn Chinese leadership hours in advance. This action, of course, would open the United States up to a pre-emptive strike, putting millions of Americans in jeopardy.

Unless directed by the president of the United States to make such a commitment as a form of subterfuge, this could be treason.

Imagine if Eisenhower warned Hitler hours before the D-Day invasion. Of course, we are not at war with China, but they are also not our ally. China is a dangerous, increasingly militaristic, geopolitical and economic rival. The Chinese government routinely violates human rights, executes political prisoners, enslaves religious minorities, imposes forced abortions, harvest organs from unwilling donors, and suppress political freedom. China also manipulates their control of key resources to extort economic and political concessions from countries they do business with. While no one wants us to go to war with China, if America (by which I mean the constitutionally elected civilian government) should opt for that course of action, neither Milley, nor any other military leader, has any right or responsibility to undermine that decision or warn China’s communist leadership. It contradicts their oath of office to defend the United States and the Constitution. Milley owes his allegiance to the United States, not China.

If Milley truly thought Trump was dangerous, his duty was to make his belief clear to the other civilian authorities, who could have removed the president, so as prescribed by the Constitution he swore to uphold and defend. He also could have resigned in protest, making it clear Trump’s mental state was the issue over which he was abandoning his post.