What the November Election Meant to Environmentalists 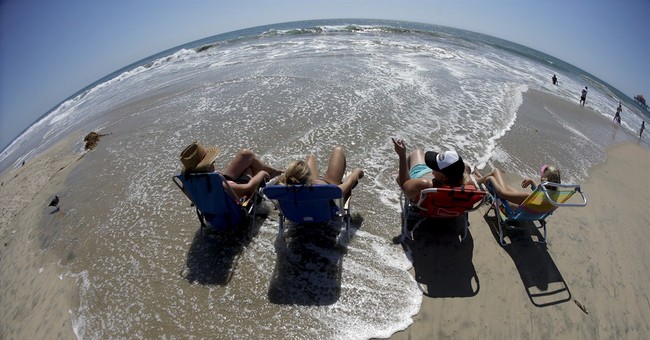 The results of this year’s elections prove that Americans didn’t believe the hype of climate change. Environmentalists poured millions of dollars into federal and state candidates hoping to get them elected to office.

Billionaire Tom Steyer’s NextGen Climate Action Committee and green groups put nearly $100 million into the effort and watched as most of them went down at the ballot box. Only two of six vulnerable Democratic Senate candidates, New Hampshire Senator Jean Shaheen and Michigan Congressman Gary Peters that are friendly to the climate change agenda actually won.

What is clear is that climate change remains far beyond what American voters are thinking about, and millions of dollars have been wasted trying to sell the agenda of environmentalists.

While the American people tuned out this year, the environmentalists are likely going to be gearing up for the 2016 elections in another attempt to convince them that the Earth is under threat of CO2 levels. However, the challenge goes well beyond trying to attract voters the next time around. They will also be forced to acknowledge the real facts.

Climate models that environmentalists use indicate that Earth is likely to warm to dangerous levels by 2100. All of these climate models are un-validated. They contain many assumptions that are not supported by actual observations.

Data from a NASA satellite orbiting the planet since 1979 indicates Earth has been getting greener for three successive decades as CO2 levels have risen. This is good news. The Earth’s temperature has not risen at all despite the steady steep rise in CO2. A number of peer-reviewed studies, including the journal Climate Dynamics, recently concluded that average global temperatures stopped warming a full 15 years ago. Looking farther back, there have been many periods of rapid warming before man’s measurable release of CO2.

This means that the Earth’s habitats and ecosystems are more robust and that are children and grandchildren are going to inherit a much more life-filled Earth than we are inhabiting today.

Doesn’t everyone want robust habitats and ecosystems, bountiful food crops, lush forests and grasslands? The good news is that it is already happening. Humanity has been running a real, worldwide experiment for a century and a half and it is paying dividends. Mother Nature is responding positively despite our having paved everything in sight with concrete and asphalt and even clear-cut many rainforests. As we learned in the third grade, CO2 is what plants eat.

Stay tuned as the facts surfaced and the 2016 election grows closer. And remember, the assumption filled un-validated climate models do not produce real scientific data and should never be used for policy decisions or electing a state or federal official particularly in light of the fact the models have been all wrong to date.