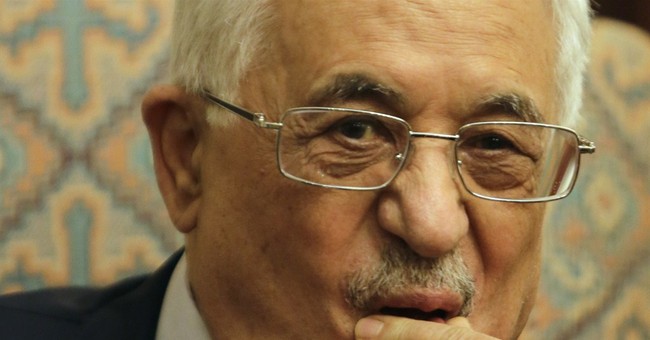 The old story about the deadly scorpion and the frog has been adapted to the current situation in the Middle East.

In the original fable, the scorpion asks the frog to carry him across a river, but the frog is afraid of being stung. The scorpion manages to convince the frog by arguing that, if he were to sting the frog while being carried across water, both would sink and drown. Convinced by the scorpion’s logic, the frog embarks across the river with the scorpion on his back -- only to be stung halfway across.

As both scorpion and frog descend to their deaths, the frog asks the scorpion why he stung him.

“Because that’s my nature -- and this is the Middle East,” replies the scorpion in the new iteration of the story.

Sadly, the most recent war between Hamas and Israel reflects the moral of the story.

Hamas persists in its incessant rocket war against Israel, even firing a missile at the precise moment a hard-negotiated five-hour ceasefire came to an end. Hamas must certainly realize that it cannot win this war. It is outmatched and alone, virtually isolated from its Arab allies. Egypt, in fact, may be more inclined to see Hamas decimated than to lift a finger in support.

Yet it is the nature of Hamas to commit these senseless acts of terror -- and after all, this is the Middle East.

The leadership of Hamas has lost its already tenuous connection to reality, forcing upon Israel and the rest of the civilized world a question that looms like a dark cloud over the horizon: how to cope with a nation-state that has given itself over to its own suicide?

It is a very real dilemma for Israel, especially since the so-called “moderate” Palestinian Authority President Mahmoud Abbas makes no secret of his emotional ties with Hamas, with all its attendant murderous ways. What possible negotiation can occur when one’s adversary has no goal other than your annihilation?

Curiously, though, Hamas still has supporters: both the U.S. and European nations still pour funds into both the West Bank and Gaza, and the West continues to give lip service to a two-state solution despite this most recent evidence that a Palestinian state would just be a launching pad for Katusha rockets. As the events of the last few weeks have proven, any other expectation would be utterly naive.

Yet there are many who deny reality. Left wing Israeli politicians still cling to the fantasy that Palestinians will live in peace with their Israeli neighbors. The Obama administration still embraces the absurd hope that a negotiated settlement is possible, notwithstanding the failures of both Hillary Clinton and John Kerry at the negotiating table.

We must realize that ruthlessness and death is Hamas’ nature, and that this is the Middle East.

Here, terror reigns. It saturates the culture of Arab life. Yes, there are plenty of exceptions -- people who insulate themselves from the vile propaganda of hate -- but in the Arab culture, words of anger are ubiquitous in the markets, movie theatres, even crossword puzzles.

It would take a cultural upheaval to undo this mindset of hate, and while time may indeed be on the side of an ironic disposition, it will take at least one generation to unfold.

In the meantime, Israel should remain resolute. The only way to deal with those who want to destroy you is prove that you cannot be destroyed.

Now that Israeli troops have been deployed in Gaza, every effort will be made to ferret out the rocket caches and destroy them. What really counts, though, is to confirm once again that Israel will not be intimidated nor terrorized. In this, Israel has already been successful.

It may be wishful thinking, but sometimes scorpions destroy themselves.